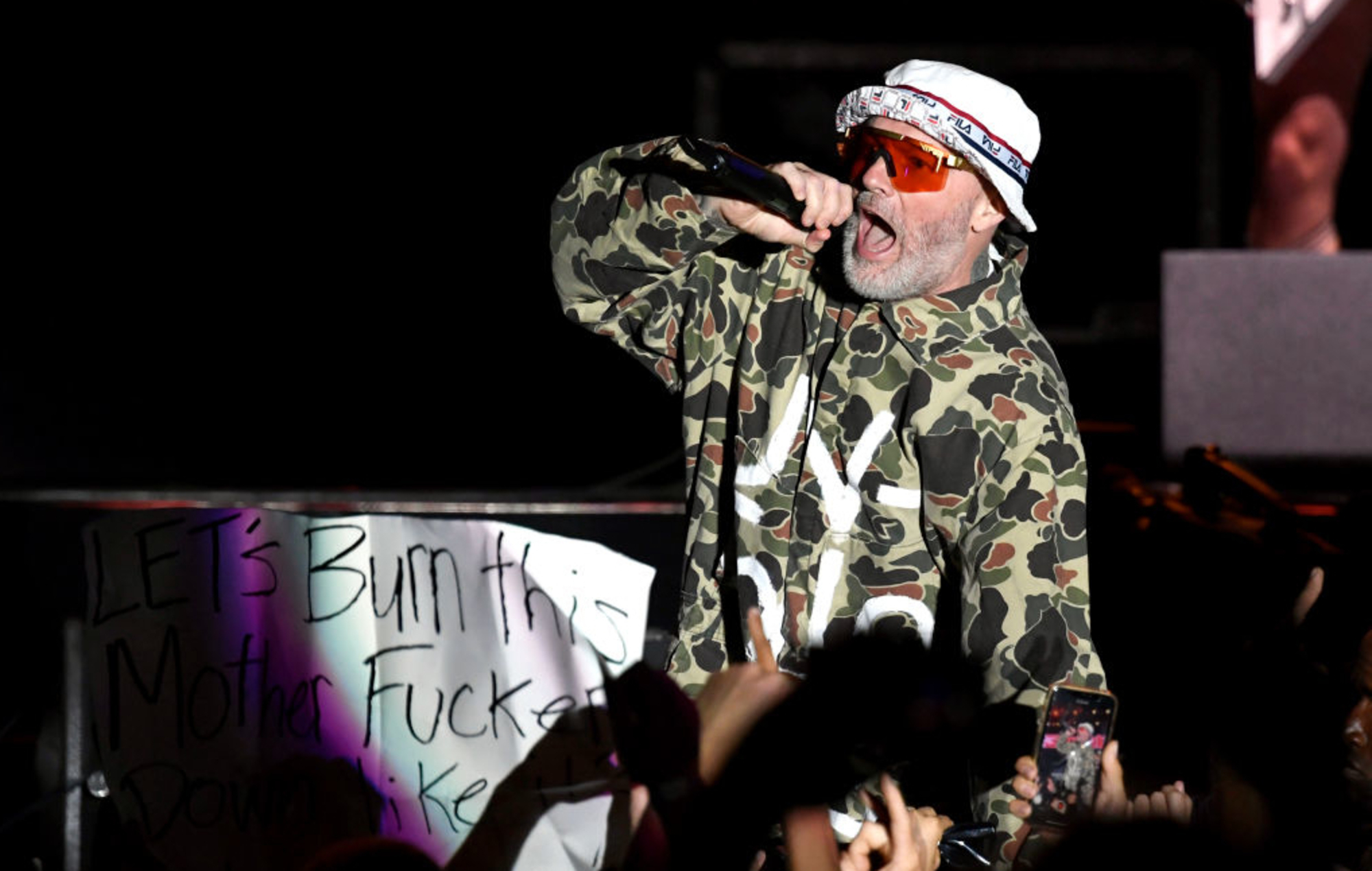 A YouTuber has reimagined Limp Bizkit‘s ‘Break Stuff’ as a Broadway musical – listen to it below.

There, I Ruined It, who “lovingly destroy your favourite songs”, shared the new version of the ‘Significant Other’ track last week (April 27) and it has since racked up over 31,000 views.

Described as “a jaunty Broadway musical number”, the nu-metal anthem has been turned into a show tune which one commenter said “just proves everything is made better by horns and tap dancing”.

Previous tracks reworked by There, I Ruined It include System Of A Down’s ‘Chop Suey’ reimagined as a bluegrass ditty; Bruce Springsteen’s ‘Born in the U.S.A.’ reworked into a bossa nova tune; and Taylor Swift’s ‘Shake It Off’ remixed as a heavy metal track.

Accompanied by a cleverly edited music video, the new version of ‘Break Stuff’ can be heard below.

Earlier this year, Limp Bizkit guitarist Wes Borland hit out at Marilyn Manson, branding him a “bad guy” in the wake of recent abuse allegations.

Borland was a member of Manson’s live band for less than a year in 2008, and has now said that he believes the accusations that were recently levelled against the musician by actor Evan Rachel Wood and four other women.

Speaking on the Twitch channel Space Zebra, Borland said: “He’s not a great guy and every single thing that people have said about him is fucking true… They are speaking the truth.”


Elsewhere, Borland has admitted that the Deftones made the right decision in renouncing nu metal.