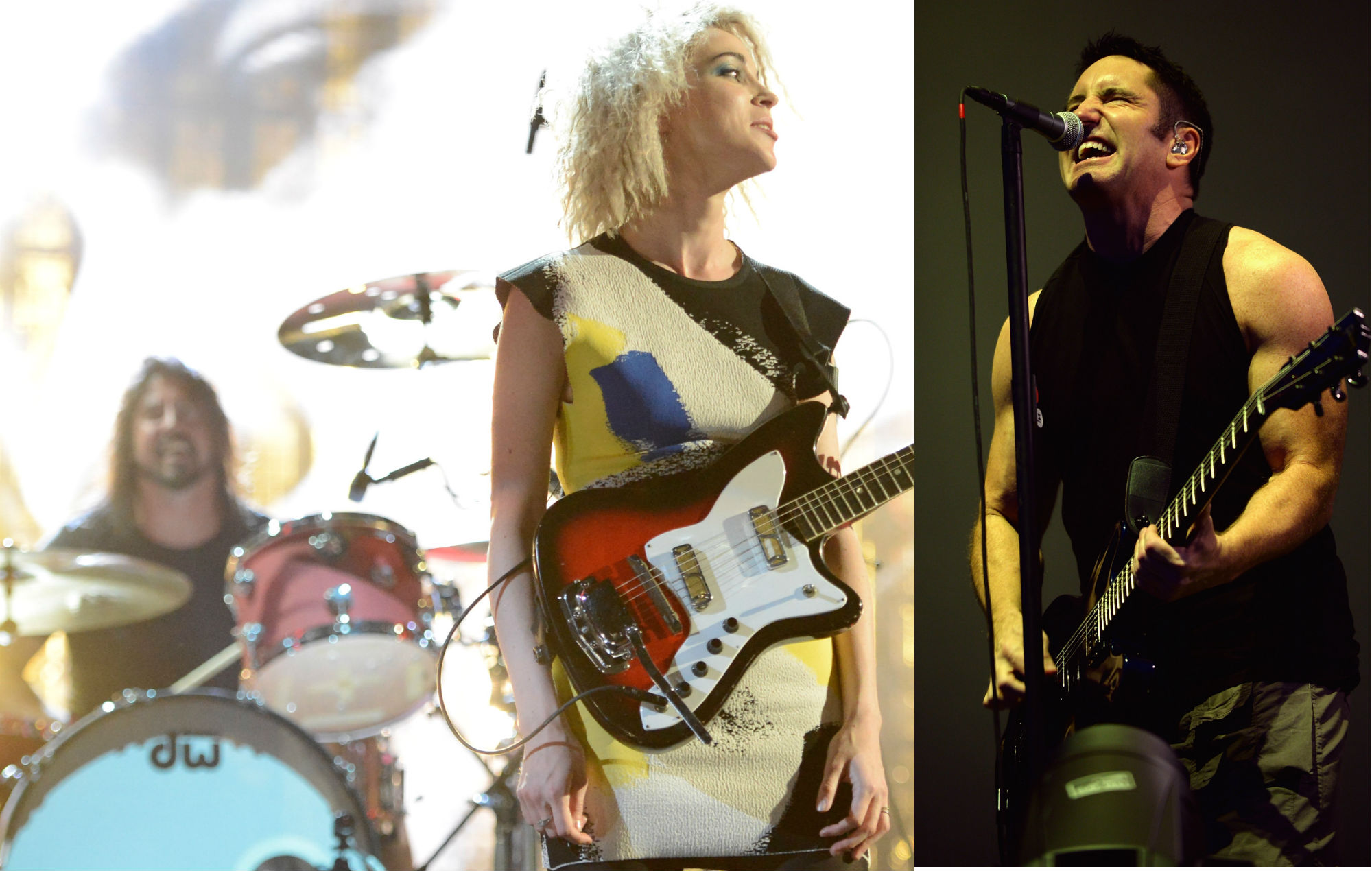 St Vincent has teamed up with Dave Grohl to cover ‘Piggy’ by Nine Inch Nails, while Jehnny Beth has also shared her version of ‘Closer’.

The tracks were recorded in homage to Trent Reznor’s industrial metal band, ahead of them being inducted into the Rock And Roll Hall Of Fame this weekend. St Vincent’s cover sees her reunite with Foo Fighters‘ Dave Grohl, after the pair played together at various Nirvana tribute shows throughout the years.

“[‘Piggy’] remains one of my favourite Nails songs to this day,” said St Vincent. “I am obsessed with the slinky tambourine that is just a little lazy in feel. And when I took this song apart to cover it, it took me a long time to really understand the immensity of the groove. It’s a dark, industrial reggae.

“Muscular, but never as distorted as you imagined it when you think of it in your head…They made a complicated thing seem easy and made big, bold sonic choices.”

Meanwhile, Savages singer turned solo star Jehnny Beth has released a cover of NIN’s classic ‘Closer’. Beth worked with Nine Inch Nails’ Atticus Ross on her acclaimed solo debut ‘To Love Is To Live‘, and was due to support the band on a US arena tour, before it was cancelled due to coronavirus.

This week saw the Rock And Roll Hall Of Fame announce that it is permanently changing its ceremony schedule due to the coronavirus pandemic.

The news comes after it was announced earlier this year that the 2020 ceremony, which was originally set to take place in May, would move to November and take place in virtual form following the global crisis.

This year’s Rock And Roll Hall Of Fame ceremony, in which Nine Inch Nails, The Notorious B.I.G., Whitney Houston, Depeche Mode, T-Rex and The Doobie Brothers will be inducted, takes place this Saturday (November 7). It will be broadcast as a pre-recorded HBO special on the same date.