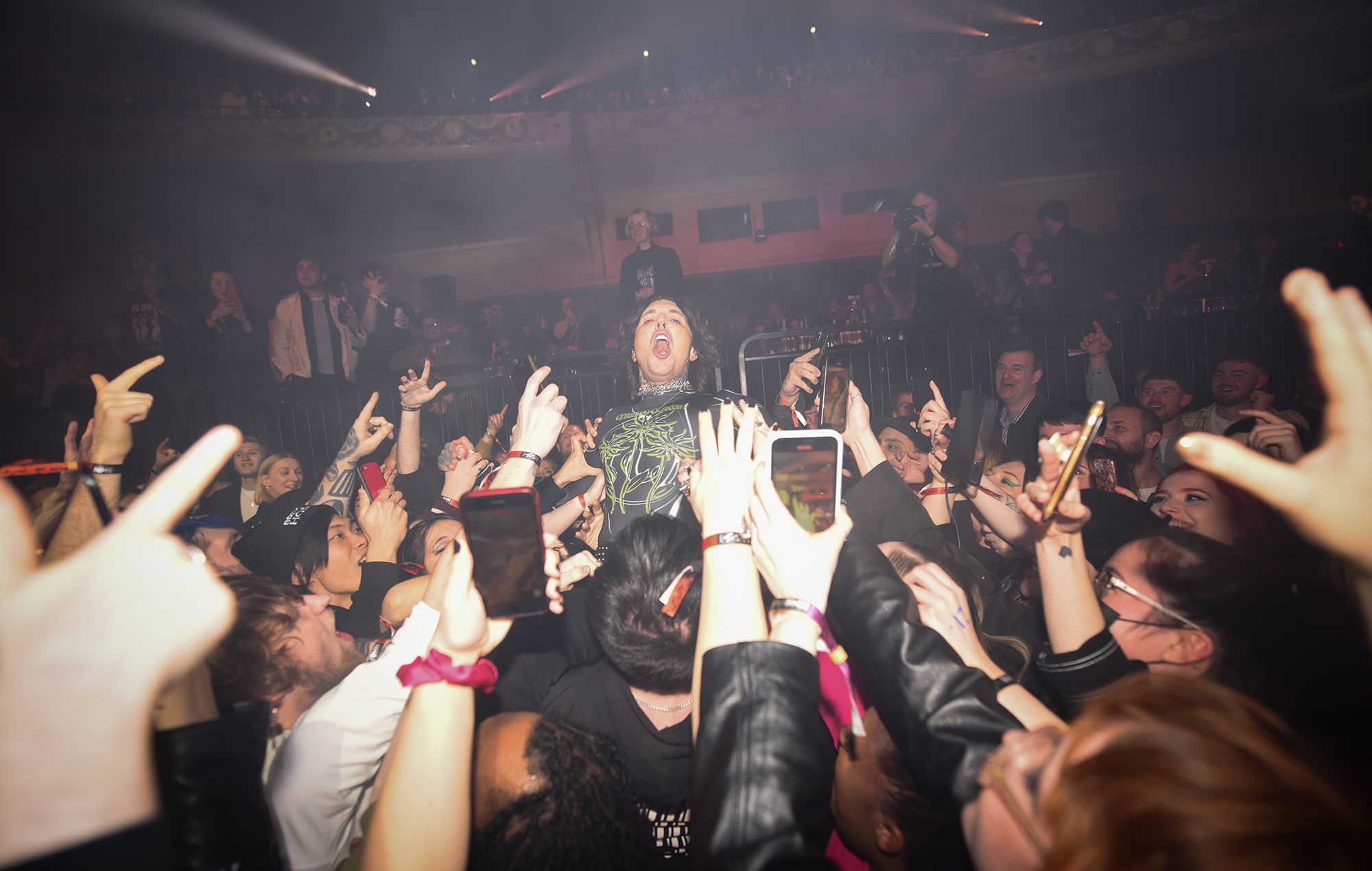 Bring Me The Horizon hosted their own festival in Malta this weekend, and Saturday night (May 28) saw them play a special “throwback” set – see footage, setlist, reaction and more below.

Curated by the band themselves, the Malta weekender also hosted Bullet For My Valentine, Nova Twins and Beartooth among others, and earlier in the festival, the band debuted a new song called ‘Strangers’ during a DJ set.

During their Saturday night throwback set, the band were joined by a host of special guests and performed rare old tracks that they haven’t played live in over a decade.

After the set began with the first live performance of ‘Liquor & Love Lost’ since 2008, the band were then joined by Spiritbox’s Courtney LaPlante for ‘Chelsea Smile’, Beartooth’s Caleb Shomo for ‘Antivist’, Malevolence’s Alex Taylor for ‘Pray For Plagues’, While She Sleeps‘ Loz Taylor for ‘Empire (Let Them Sing)’ and more.

Watch footage of the performances and see the full setlist below.

Chelsea Smile with Courtney of Spiritbox
Bring me the horizon Throwback Set in Malta 2022 pic.twitter.com/Ai6uNGFmph

Can’t believe I met Oli Sykes in the day and then saw him performing Pray For fucking Plagues & Diamonds Aren’t Forever in the evening, what a genuinely unreal day

Bring me the horizon Alligator Blood with Olli of Static Dress
in Malta pic.twitter.com/gZfRJO7ClK

Bring Me The Horizon played:

Bring Me The Horizon’s last solo release was their 2021 song, ‘DiE4u.’ That single was the first to be lifted from BMTH’s forthcoming album, a follow-up to their multi-part 2020 EP,  ‘Post Human: Survival Horror.’

Since then, the band have featured on a slew of collaborations, including Sigrid’s ‘Bad Life’, Masked Wolf’s ‘Fallout’ and Machine Gun Kelly’s ‘maybe’ – all of which were released this year.

Earlier this year, Bring Me The Horizon attended the BandLab NME Awards, where they jokingly compared their Malta weekender to “Fyre Festival but with better sandwiches”. The group also collected the trophy for Best Band from the UK Supported By Pizza Express, and performed a six-song Ukraine tribute.

Last week, the band announced details of their upcoming 2022 U.S. tour, which runs from September to October and features support acts Knocked Loose, grandson and Siiickbrain.