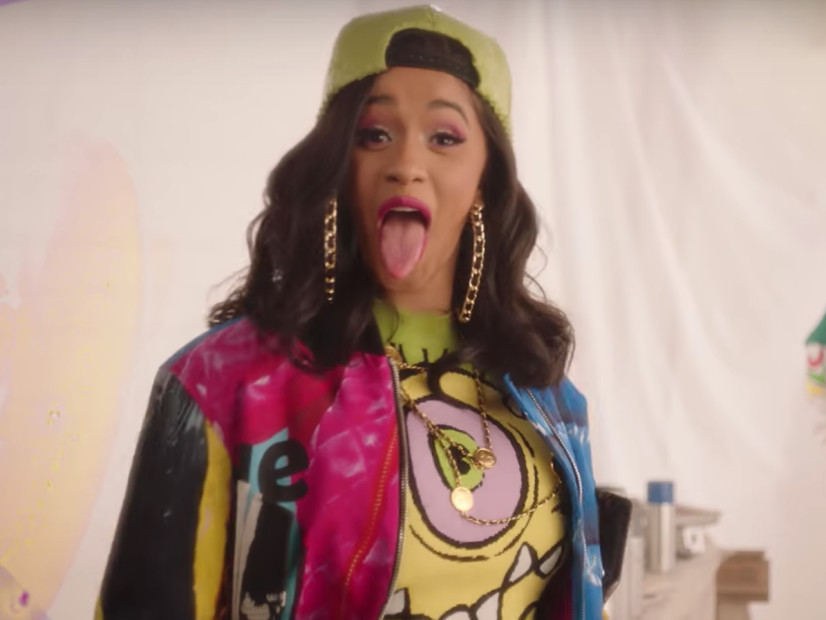 Cardi B’s reign just won’t let up. Her latest single, the 21 Savage-assisted “Bartier Cardi,” made its debut on the R&B/Hip Hop Single Sales chart at #4 for the week ending on December 28. She currently has four songs in the Top 10, including “Bodak Yellow” (#5), her verse on Migos’ Culture 2 cut “Motor Sport” (#6) featuring Nicki Minaj and G-Eazy’s “No Limit” (#8) featuring A$AP Rocky.

The visual for Kendrick Lamar’s “LOVE.” featuring Zacari was released recently allowing the DAMN. single to shoot up the charts from #23 to #10. The highest debut the week belongs to Travis Scott and Quavo with “Eye 2 Eye” featuring Takef.

This week’s R&B/Hip Hop Single Sales chart sees Post Malone and 21 Savage back at #1 with “Rockstar.” Khalid also made his way back into the Top 10 and landed at #2 this week with “Young, Dumb & Broke” and Lil Pump’s “Gucci Gang” sales increased by 150 percent placing him at the #3 spot.

Cardi B Debuts On Top With 21 Savage On “Bartier Cardi”

Cardi B occupies four spots on the R&B/Hip Hop Single Sales charts and her latest, “Bartier Cardi,” holds the highest spot at #4. It sold a total 44,571 units upon its release.

Her breakout single “Bodak Yellow” follows right behind at #5 with 42,800 in digital downloads as the song inches towards a million with 730,904 single downloads to date.

At #6 is Migos’ “Motor Sport” featuring herself and Nicki Minaj. Sales for “Motor Sport” increased by 184 percent, jumping from #9 to #6 with 41,623 units in sales. She also has another hit at #8 as a featured artist on G-Eazy’s “No Limit” featuring A$AP Rocky, which sold 36,547 in digital downloads.

The number in bold indicates this week’s sales, while the number in parentheses represents the total number digital singles sold.