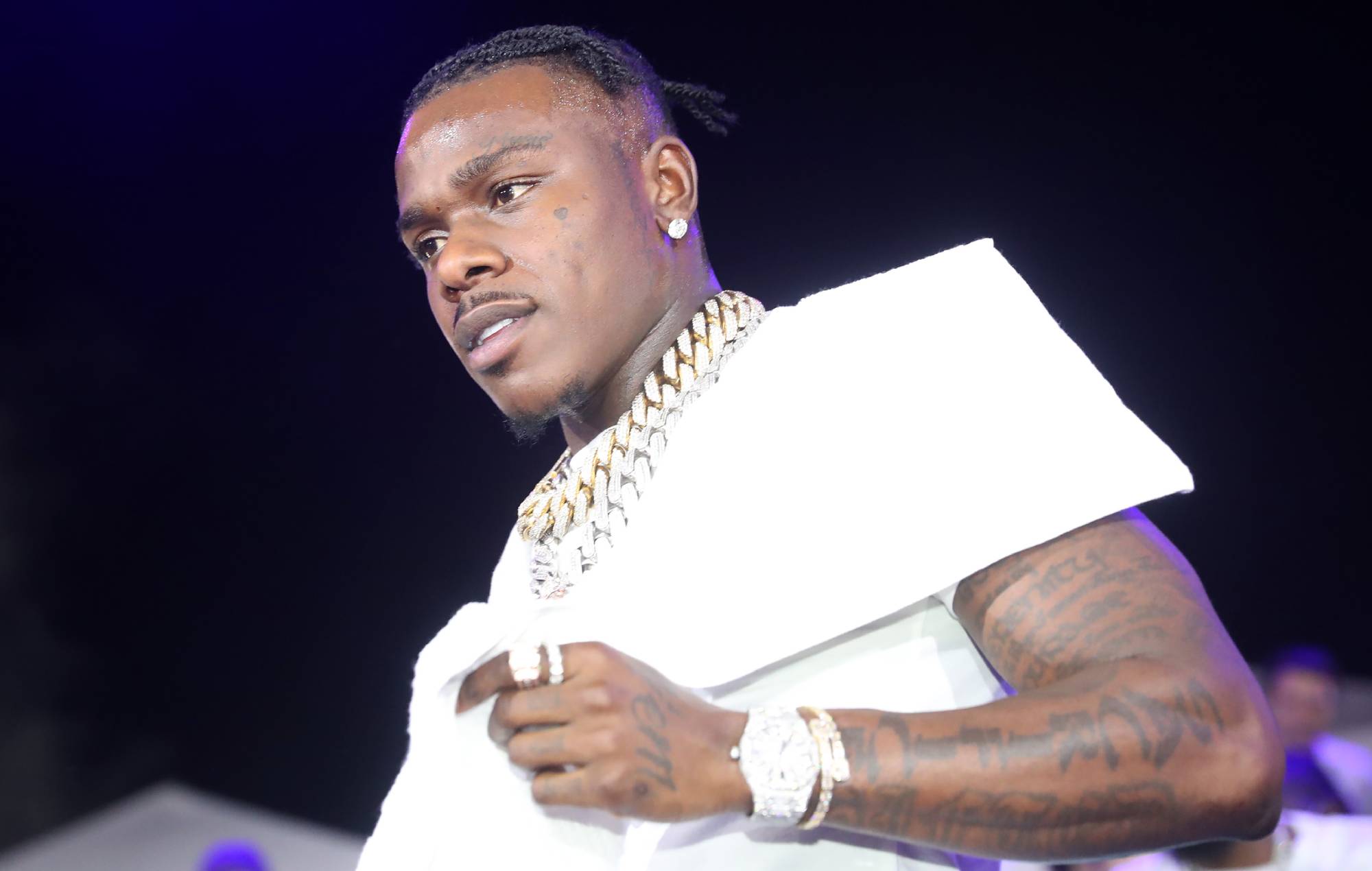 DaBaby has received criticism following reports that the rapper hasn’t made any financial donations to three HIV/AIDS organisations he met over summer.

According to a report in The Daily Beast, three organisations – Black AIDS Institute, The Normal Anomaly Initiative and Positive Women’s Network – have said that there have been no updates following their off-the-record meeting in August. The meet-up was scheduled after DaBaby faced backlash over comments made during his appearance at Rolling Loud Miami.

“If you didn’t show up today with HIV, AIDS, any of them deadly sexually transmitted diseases that’ll make you die in two or three weeks, put your cellphone light up,” the rapper can be heard saying in footage from the set shared on social media.

After attempting and failing to defend himself on social media, DaBaby was dropped from a host of summer music festivals, including Manchester’s Parklife and Lollapalooza. He lost his headline Lollapalooza slot after failing to deliver a promised video apology for his recent comments. He had initially offered an apology on his Instagram, which has since been deleted.

Eleven organisations in HIV/AIDS prevention, education and treatment then penned an open letter to DaBaby requesting a private meeting to address his controversial comments. Though speaking with the organisations in what was described as a productive meet-up, several have now claimed that the rapper hasn’t followed through or reached out further.

DaBaby this is weird to say?? Wth. pic.twitter.com/MDBQEZ2NsA

“We have not received any outreach, partnership, or funding from DaBaby,” Pavni Guharoy, a communications consultant for the Black AIDS Institute, wrote in an email. “The onus is now on him, if he chooses to convert his misinformation into allyship by supporting the work of the Black AIDS Institute and other people of color-led HIV organizations.”

Venita Ray, PWN’s Co-Executive Director added: “We felt that the original meeting was very positive and while we have not partnered with DaBaby on any activities beyond that, we welcome opportunities to speak with or partner with him in the future.”

The news comes following the recent announcement of DaBaby’s string of US dates presented by Rolling Loud.

In a statement provided to NME, a Rolling Loud spokesperson said: “Rolling Loud supports second chances and we believe DaBaby has grown and learned from his experience. Everyone is welcome and we look forward to DaBaby’s fans seeing him live.”


DaBaby also appeared as a special guest during 50 Cent’s Rolling Loud show in New York on October 28. Fifty had previously defended the rapper, saying that he would “bounce back” from the scandal.

In August, he was at Kanye West’s listening party for ‘DONDA’ in Chicago alongside Marilyn Manson, who is also credited on ‘Jail pt 2’.

DaBaby also appeared as a special guest during 50 Cent’s Rolling Loud show in New York on October 28. Fifty had previously defended the rapper, saying that he would “bounce back” from the scandal.

In August, he was at Kanye West’s listening party for ‘DONDA’ in Chicago alongside Marilyn Manson, who is also credited on ‘Jail pt 2’.