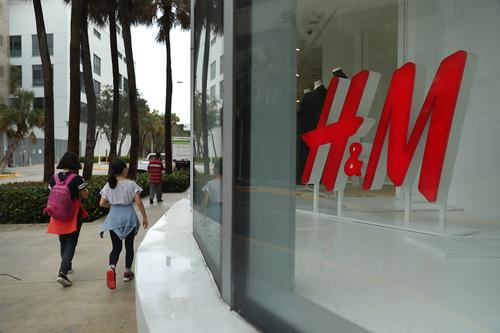 In the continuing melodrama that is the H&M hoodie incident, the parents the young model pictured wearing the infamous piece clothing appeared on a British talk show to discuss the backlash over the highly-contested image.

Phoning in from Stockholm, Terry and Frank discussed with the news reporters their particular role in this racist debacle. They reveal that they were not actually aware the adverse reaction to the image right away, noting how “until the controversy came out, we did not know there was such a T-shirt.” When asked if they remember the shoot at all, the couple admitted that they do not actually recall this precise job. Since signing with a Swedish modelling agency, the parents have accompanied Liam to a variety photoshoots he’d been asked to be a part .

Although the parents understand the controversy that ensued once the image went viral, they do not acknowledge the hoodie as being insensitive. Terry notes how “I wouldn’t see such a connection to anything other than my son modelling a shirt.”

Frank reveals how this media frenzy has made it quite difficult for the family to lead a normal life, as they have now become the focus a very intense and widespread conversation. Frank humbly explains how “it’s very important that people understand that me and Teresa, we have a son, we have other children in the home that we are raising, and we have an obligation to protect our children.”

Although, the couple admits that Liam has taken notice his newfound fame, stating that “he’s aware he’s a superstar and people love him.”