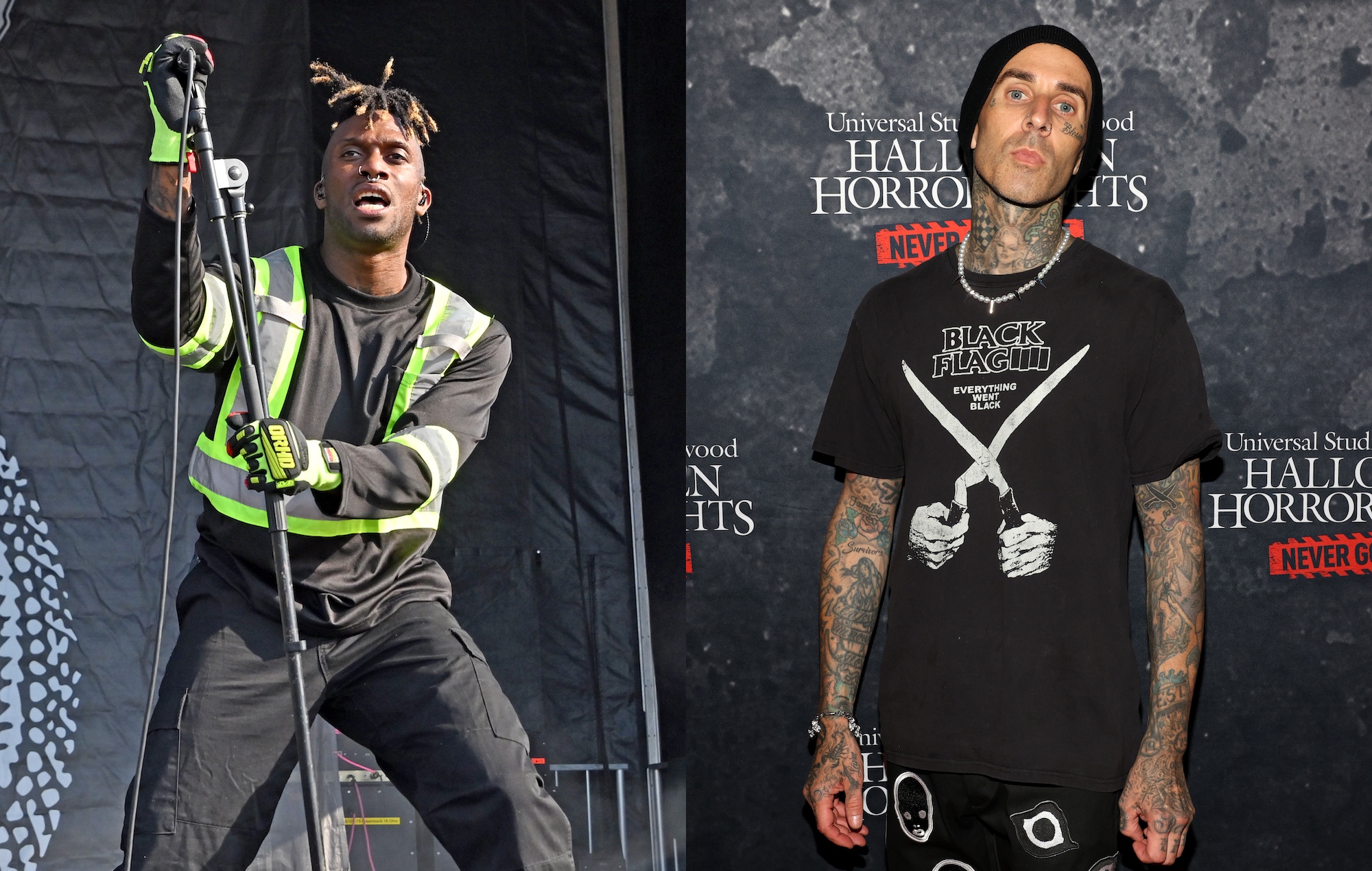 Ho99o9 have returned with a new song called ‘Battery Not Included’, which was produced by Blink-182 drummer Travis Barker.

Now, Ho99o9 have shared a taste of their upcoming second album, which will arrive this spring. ‘Battery Not Included’ sees the band veer from full-on punk onslaught to something more tender and softer, and back again.

“There’s only so much mental & physical affliction + oppression the human psyche can endure before they reach the pinnacle of no return,” theOGM said in a press release. “I think we’ve all had our moments where we’re fed up, our mind isn’t rational, our eyesight is only seeing red &, within that sequence, emotions can get the best of us.

“‘Battery Not Included’ is aimed to focus on when you’re past the conscious state of no return – anything is liable to happen when pushed past your limits.” Watch the video for the new track above now.

The song was produced by Barker and released on his label, DTA Records. The Blink-182 star began his production career back in 2018 when he worked on Fever 333’s ‘Made An America’ EP. Since then he has worked with the likes of Trippie Redd, Machine Gunn Kelly, Jxdn, LilHuddy and more.

Barker’s most recent production effort prior to Ho99o9’s ‘Battery Not Included’ was with Avril Lavigne’s latest single, ‘Bite Me’, which was also released on DTA Records. Barker worked on her full album, ‘Love Sux’, which will arrive on February 25.

Meanwhile, since releasing their debut album ‘United States Of Horror’ in 2017, Ho99o9 have shared multiple mixtapes – including 2020’s ‘Blurr’ – EPs and singles. In July 2020, they put out the track ‘Pigs Want Me Dead’, which they called “a stark reaction to the horrors and everyday effects of police brutality against the black community”.