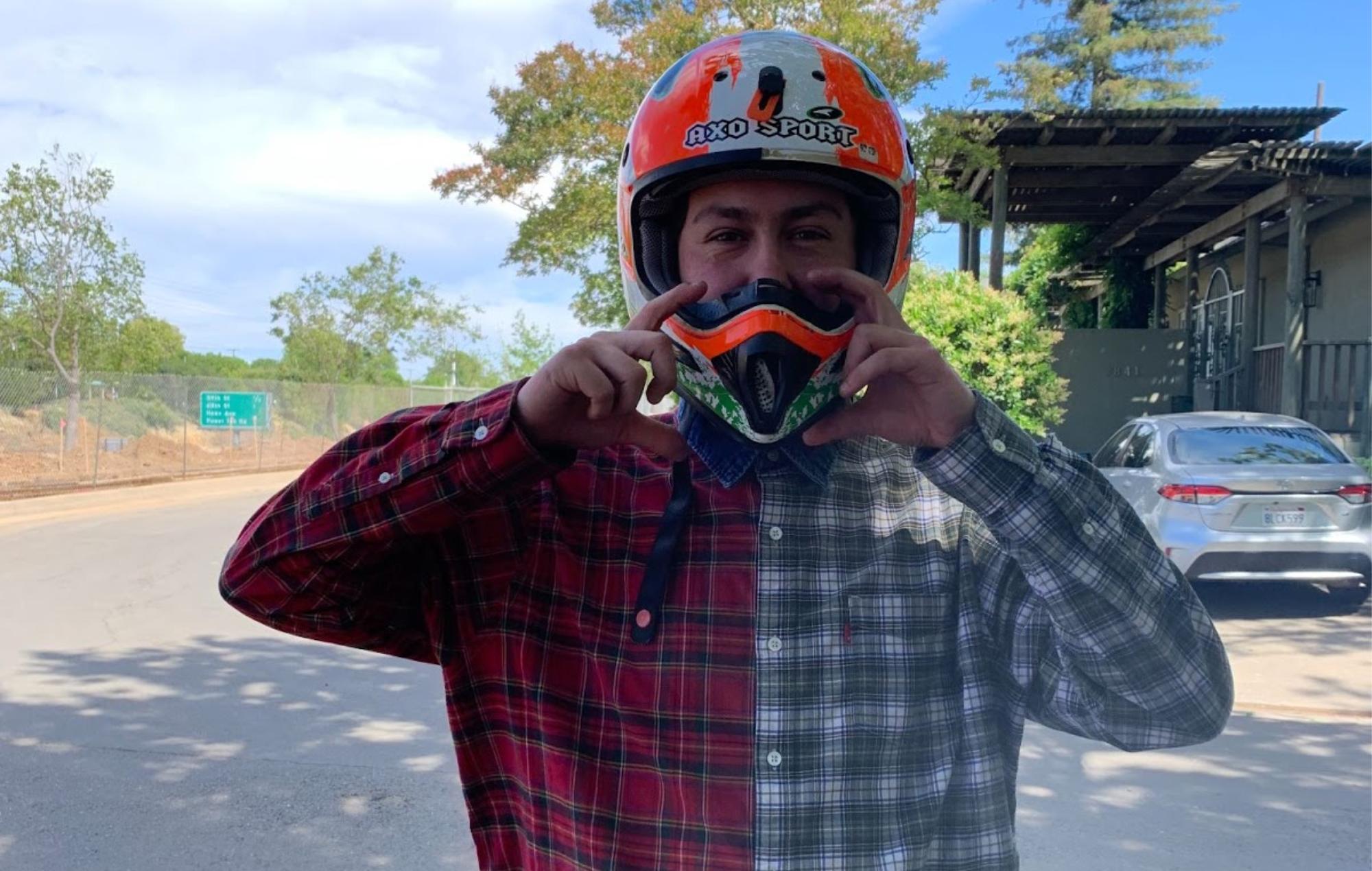 Hobo Johnson is back with new music – listen to ‘I Want To See The World’ below.

The California rapper, who released his third album ‘The Fall Of Hobo Johnson‘ in 2019, has returned today (June 2) with what he has proclaimed is his best-ever track.

“I want to see the world is my favourite song I’ve ever written because it really articulates the last year of my life. COVID really allowed me, and a lot of people it seems, the time to reevaluate the country and society we live in,” explained Johnson in a statement.

“At the same time, this new evaluation is far different than the rhetoric we’ve been given through popular media, and is hard to accept as a possible reality. I’m grateful for the lyric ‘if you look too hard, then you just might find, the bottom of a bottle‘ is in there because it rings true the newfound hopelessness that comes along with this perspective. Speaking about these topics seems so important to me now, and makes me wonder why anyone liked my older music.”

Johnson, real name Frank Lopes Jr, will release his new album ‘The Revenge Of Hobo Johnson’ later this month. No date has been confirmed.

The artist was formerly signed to Reprise and Warner Records but has since decided to go it alone, with plans to start a non-profit record label. As per press material, Johnson’s aim is to financial inequality, racism and right-wing propaganda through his music.

NME spoke to the star, who became a viral sensation in 2018 when he and his band the LoveMakers’ NPR Tiny Desk Concert gained more than 20million views on YouTube, backstage at Reading Festival 2019.

Addressing his almost overnight success, Johnson said: “We were a band in Sacramento and no one liked us at all. When I released my last album [‘The Rise Of Hobo Johnson’, 2017], no one cared really at all.

“We entered this contest for NPR, which I really love, then out of nowhere we started getting an insane amount of views and our whole band took off. We immediately announced a tour. It was quite mind-blowing.”