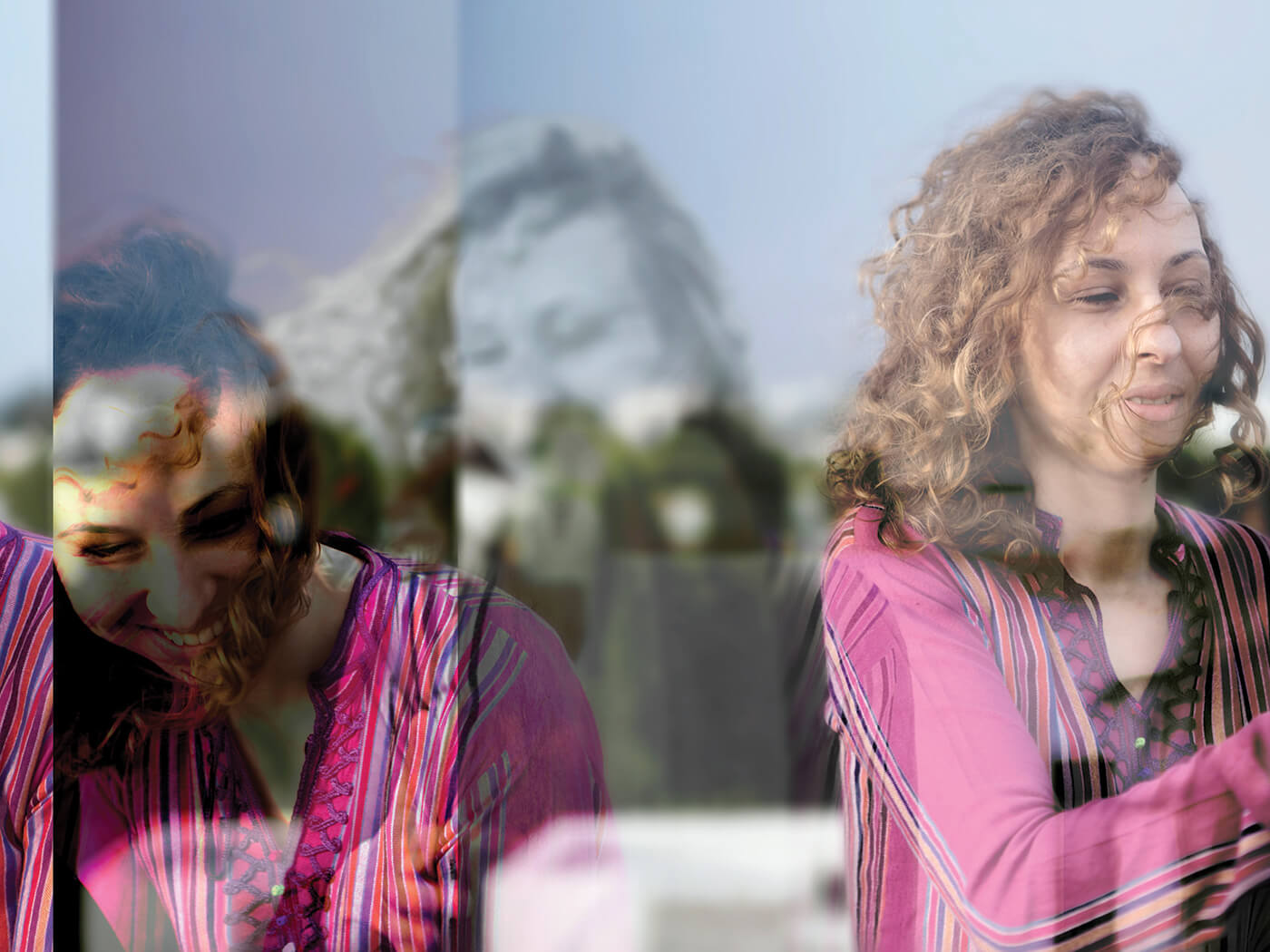 The debut album by the Tunisian musician Houeida Hedfi has been more than 10 years in the making. In 2011 she played percussion on a compilation album of female musicians from Tunisia, many of them linked to the Arab Spring protests of 2010 and 2011. Hedfi’s contribution was mixed by the Swedish producer Olof Dreijer – one half of the electronic duo The Knife – and the two developed a rapport. Dreijer played flute in Hedfi’s band Hiya Wal Âalam, who toured America in 2015, and offered to produce her work.

Hedfi, however, didn’t release anything until she had completely refined her sound. She had started out as a percussionist in a band called Chabbouba, who specialised in stambeli, a form of percussive trance music associated with Tunisia’s black sub-Saharan minority. “I loved it,” says Hedfi, “but the music was primarily rhythmic. I needed melody.” Over the course of several years, Hedfi and Dreijer started to explore a kind of pan-Arabic chamber music that was primarily melodic, eventually settling on a core group – Palestinian bouzouki player Jalal Nader, Tunisian violinist Radhi Chaouali, Swedish cellist Agnes Magnusson and Parisian bassist Ragheb Ouerghi – along with a host of guest musicians. The resulting album – Fleuves De l’Âme – creates a different kind of trance music, one where the meditative mood is created tonally rather than rhythmically. Hedfi still plays a variety of percussion instruments, but the rhythms tend to be muted; sometimes she plays tuned percussion like glockenspiels; more often she is playing soft chords on the piano.

The album is refracted through the lens of club culture – not only is it produced by Dreijer but it is being released on the record label owned by Erol Alkan (the London remixer and producer behind the likes of Duran Duran, The Killers and Ride and the DJ responsible for the iconic Trash club nights). Yet this is not one of those clubby worldbeat albums that plasters breakbeats and electronic bleeps over traditional music. Instead the electronics are more subtly embedded in the music from the start. For instance, on “Namami Gange” (Obedience to the Ganges), a processed and sampled voice has been cleverly woven into a tapestry completed by Radhi Chaouali’s violins, Jalal Nader’s bouzouki and Saloua Ben Salah’s guitar. Dreijer plays woodwind instruments through effect units, other times he expertly recreates Arabic wind instruments on synthesisers.

On “Echos De Medjerda” (Echoes of the Medjerda, a river in Tunisia), he plays a rasping, FX-laden bass recorder that resembles an Indian flute or an Arabic mizmar, accompanied by the polyrhythms being played on two bodhran-like frame drums – the daf and the bendir. On “Baisers Amers De l’Euphrate” (Bitter Kisses of the Euphrates) he plays ghostly synth drones that sound like he’s rubbing wine glasses, creating a galloping arpeggio in waltz time over which Fadhel Boubaker improvises on an oud.

Each track is named after a river of the world, and each serves as a kind of voyage – sometimes a pleasure cruise, sometimes an apprehensive voyage of discovery. Some are episodic and change mood mid-song. On “Envol Du Mekong” (Flight of the Mekong) a sighing violin and a slurring, Oriental-tinged bouzouki improvise over a stately Philip Glass-style organ arpeggio in 6/8, a piece of minimalism that suddenly switches into an Arabic waltz at around the five-minute mark, before slowly mutating into a piece of thrash metal. On “Appel Du Danube” (Call of the Danube), a romantic major-key piece for strings and glockenspiel suddenly gives way to a sinister minor-key piano line, all horror-movie chord changes and doomy bowed bass. Most complex of all is the 18-minute closing track, “Cheminement Du Tigre” (Trails of the Tigris), where Hedfi’s drums, melodica and glockenspiel are put through the dub chamber while a host of stringed instruments –
a bouzouki, a kanun box zither and a violin – take turns in soloing, digitally processed by Dreijer. It ends with a heavy jazz breakdown, where Anissa Hammami’s
lute-like gumbri sounds like Charles Mingus’ double bass.

One key element of this sound is the use of tunings and modes specific to Arabic maqam music, which often use quarter tones that don’t exist in standard western scales. These are the notes between the notes that give the melodies a wonderfully skew-whiff quality, like the bent notes played by ancient blues guitarist. Even at its most precise and clockwork – like the swooning stringed instruments of “Le Cloches De Yamuna” (The Bells of Yamuna) or the delicate temple music that takes up most of “Cheminement Du Tigre” – it gives this album a bluesy sense of abandon; this is chamber music taken into a different dimension.