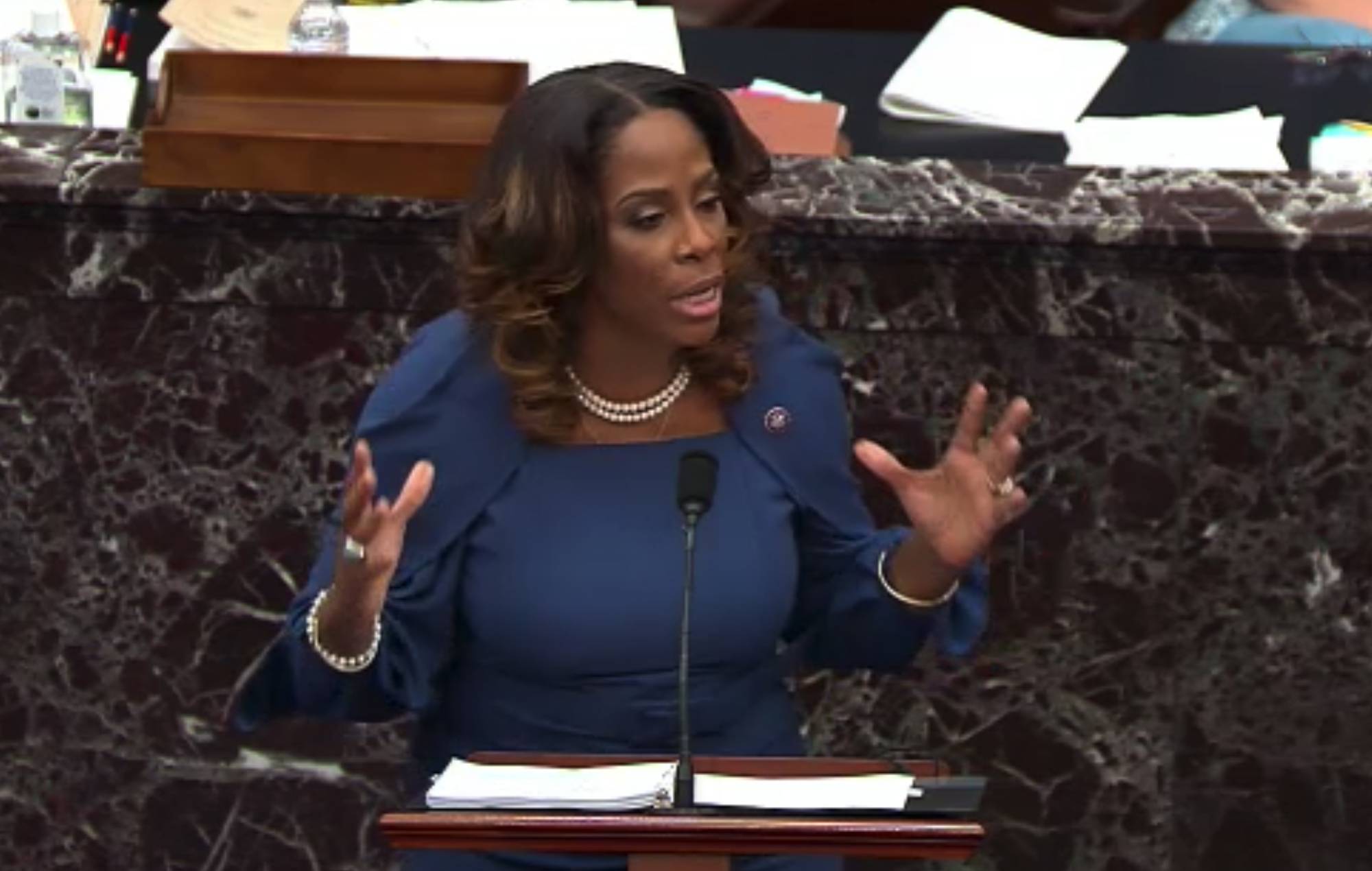 US House of Representatives delegate Stacey Plaskett quoted lyrics from songs by both Run The Jewels and Wu-Tang Clan‘s GZA this week while speaking at Donald Trump‘s impeachment trial.

Plaskett, a Democrat who represents the US Virgin Islands’ at-large congressional district, is one of the nine House impeachment managers who are outlining the case against the former US President during his ongoing trial in the Senate.

Addressing Senators this week, Plaskett spoke out against Trump in a speech where she quoted lines from Run The Jewels’ ‘Early’ (“truth is truth, whether denied or not”) and GZA’s ‘Breaker, Breaker’ (“the truth is usually seen and rarely heard”).

During my presentation in the impeachment trial yesterday, I made two references from the hip hop genre: "The truth is usually seen and rarely heard" from GZA of the Wu-Tang Clan and "Truth is truth, whether denied or not," from Run the Jewels. You can see it below: pic.twitter.com/uLUYp6H8nN

Plaskett confirmed her lyrical nods in a tweet overnight – you can watch a clip from her speech above.

Run The Jewels’ El-P responded to being quoted by Plaskett in a series of social media posts which you can see below, writing: “Remember kids: smoke a whole hell of a lot of weed and maybe one day you too can, like me, write something that ends up being quoted during an impeachment.”

GZA also responded to being quoted by Plaskett by sharing her tweet and tagging both Run The Jewels and Killer Mike.

Trump could be barred from running for President again if he is convicted at his impeachment trial, although that outcome looks unlikely given that a two-thirds majority will be required to convict Trump in the evenly split 100-seat Senate.

An acquittal looks far more likely, given that the vast majority of Republican senators have remained loyal to the former president so far.


Earlier this month Killer Mike was named on a new advisory board in the US which has been set up to help support artists hit by the coronavirus pandemic.