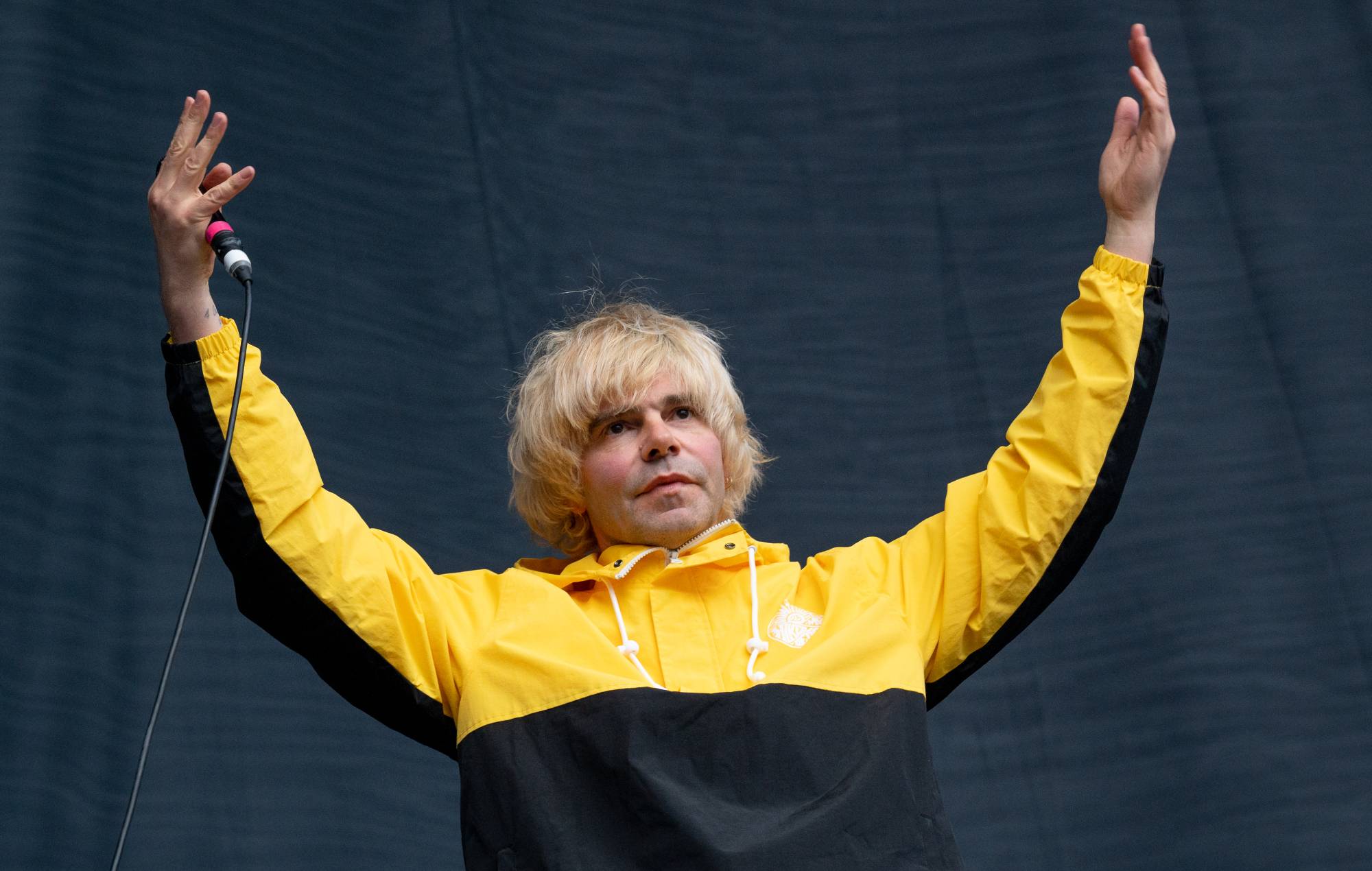 A campaign to stop music venues from taking a cut of artists’ merchandise sales is proving successful, but campaigners say that more live music spaces still need to sign up.

Back in January, the Featured Artists Coalition (FAC) announced a new directory highlighting music venues that charge zero commission on the sale of merchandise. The ‘100% Venues’ database aimed to address the “outdated and unfair” practice of performance spaces taking a cut of acts’ merch proceeds at gigs.

Now, the FAC have told NME that over 400 venues have now signed up, but a number of the UK’s large arenas and venue groups are still not part of the database.

Along with former Joy Division and New Order bassist Peter Hook, The Charlatans’ Tim Burgess has been one of the more vocal supporters of the campaign. The frontman made headlines when his band played Nottingham’s Rock City to find that the venue had waived their traditional cut of merch sales earlier in the Spring.

An amazing thing happened last night. Rock City usually take a percentage of band merch income, just something they’ve always done. But they’ve listened to what artists are saying and as we left they returned the cash to our merch guy, saying they felt it was only fair

Speaking to NME about the practice of venues taking money from sales of t-shirts and albums made on-site, Burgess said: “It’s something that’s been around for years – but when we spoke up to our manager and label, they’d just say ‘That’s the way it is’.

“Back in 1990 you could sell 100,000 copies of a single on vinyl, so merch was important but not half as much as it is now. Streaming means new bands don’t have record sales to keep them going.”

Asked how prevalent these tactics from gig spaces were today, he replied: “Not all venues take commission, and it’s as important to highlight the ones that don’t as much the ones that do. We have to look at individual venues. We recently played at Aberdeen Music Hall, which is run as a charitable trust, so the money goes towards a fantastic resource for their city. They were happy to waive the commission for the support band, which is something to be applauded too.

“One of the issues brought about by not all venues being the same is that bands then have to have a merch person with them. At the shows where an outsourced merch company sells our t-shirts, all the stock has to be counted, signed over and counted back – just unnecessary extra work. Then they take 25 per cent plus VAT.”

Burgess said that his protest at the situation was “not about money for The Charlatans, but about fairness”.

“Often at Charlatans gigs, our fans smash the record for the bar take at a venue,” said Burgess. “When I first tweeted about merch commission, Warren Ellis from The Bad Seeds replied that we could maybe asking the venues for a percentage of the bar take. It’s no more unreasonable than them taxing the merch.”

The frontman, solo artist and host of #TimsTwitterListeningParties also said that it was humbling to see how many music fans have got behind the campaign.

“They definitely didn’t know about the scale of it at first,” he said, “but lots more fans know now. So many said that they bought merch as a way of supporting the band and thinking it helped with costs of being on the road. It was a wake-up call. It’s a start, and I’m glad that lots of venues are listening.”

FAC CEO David Martin agreed that progress was encouraging, but that more work was required – especially to help rising artists get established after the hardships caused by Brexit and the COVID pandemic.

“There are now well over 400 venues who have signed up to the FAC 100% Venues directory,” he told NME. “They range from some of the smallest, grassroots clubs through to 3,000-capacity halls, including iconic venues such as the Barbican Centre in London, Brudenell Social Club in Leeds and Clwb Ifor Bach in Cardiff.

“The discussion regarding punitive fees on merchandise sales is now very much a public one, with fans increasingly voicing their displeasure at such practices. The FAC will continue to advocate for a fairer approach and a more equitable system that allows artists to develop and grow.”

The FAC found that the scale of the problem hadn’t previously been surveyed or quantified, despite being a regular “bugbear” for artists – with new and rising acts being hit particularly hard.

“The true scale of the problem is hard to say, but almost every artist that we talk to about it says, ‘Yeah, that really pisses me off’,” said Martin. “It has been prevalent for a very long time. What scale it is in terms of the percentage of venues or what percentage of bands that pushes into a loss while on tour – we don’t have a figure for that.

“What is absolutely clear is that, particularly at support band level, it’s still a matter of acts being told, ‘Come and play for no expenses and £50’. That merchandise is the difference between breaking even or losing money.”

He continued: “We’re seeing now that fans are finding out that this happens, and they hate it. It really annoys them that the money that they’re spending isn’t going to the artist as they thought.”

Some of the more extreme reports have shown venues claiming merchandise commissions of up to 45 per cent. “In these cases, you’ve got the venue taking home more than the artist is,” said Martin. “That can not possibly be right. Artists are coming out of a pandemic saying, ‘After years of not being able to tour, Brexit is crap, and everybody is trying to take money from me. We’re trying to develop a career here and it’s often impossible’.”

The Music Venue Trust and Independent Venue Week have also lent their support to the campaign – while recognising the challenges that face gig spaces in the current climate.

Last year, it was revealed that UK grassroots music venues faced £90million as they emerged from the COVID pandemic, lockdowns and the challenges that came with them. The FAC echo this, and add that the campaign is not about battling venues, but more to make a fairer ecosystem across live music.

“Artists can’t afford to be boycotting venues, and we don’t want them to,” he added. “We want to fight on this issue, but we’re not against venues. We’re not enemies. The whole sector needs to operate properly for it to be healthy. We need these venues – that’s why we’ve spent the last two years campaigning to save them. It’s not about having a row, it’s about fairness.”

Martin ended by admitting that the campaign had “frustrated some people” in being so vocal, but added that he had “no remorse and it’s completely fair to be arguing for this – particularly in light of the last 24 months.

“These might seem like relatively small things, but they go a long way in terms of helping parts of the artists’ community,” he added. “We’d ask music fans to share the campaign. When you’re at the merch desk at a gig, ask if the artist is being charged a commission. Hit the bands up on social media and ask if they’re being charged. If they are, maybe buy direct online.

Author, journalist and FAC Board Director John Robb said that taking merch money from struggling artists was a real blow in the current climate.

“In 2022, everyone knows that rock’n’roll is not limos and private jets,” he argued. “It’s overnight drives, sleeping on floors and trying to survive on the wafer-thin margins of what you can make on the merch.

“Playing a gig is frontline; you hump your own gear, and you sell your own merch. The reality of touring for 99 per cent of musicians means that selling merch makes the difference between break even and loss. With the increased costs of the post-Brexit world, it’s getting far tougher out there and the few venues that charge bands for selling merch are basically stealing from them.”

Mike Weller, Head Of Music of the Electric Group, said that his venues “welcomed thousands of music fans every week to see the talent we have on offer, which allows the talent to grow and build a career,” adding: “We will never charge punitive fees on artists selling their merchandise because we understand its importance as a vital revenue stream.”

A number of the UK’s larger arenas are still charging artists commission on merchandise, with the AEG group, The O2 and the Academy Group of venues still not part of the directory.

A spokesperson for The O2 told the NME that “as part of the NAA”, the venue was “involved in an ongoing dialogue with the FAC” and were “working with them to determine a way forward.”

It was confirmed that AEG Europe are also in communication with the FAC.

The Academy Group did not respond when approached by NME.

Venue bosses can sign up to the 100% Venues campaign by completing a one-minute form, with the FAC also encouraging acts to share the spreadsheet with their fanbase and the wider music community. You can find more information here.