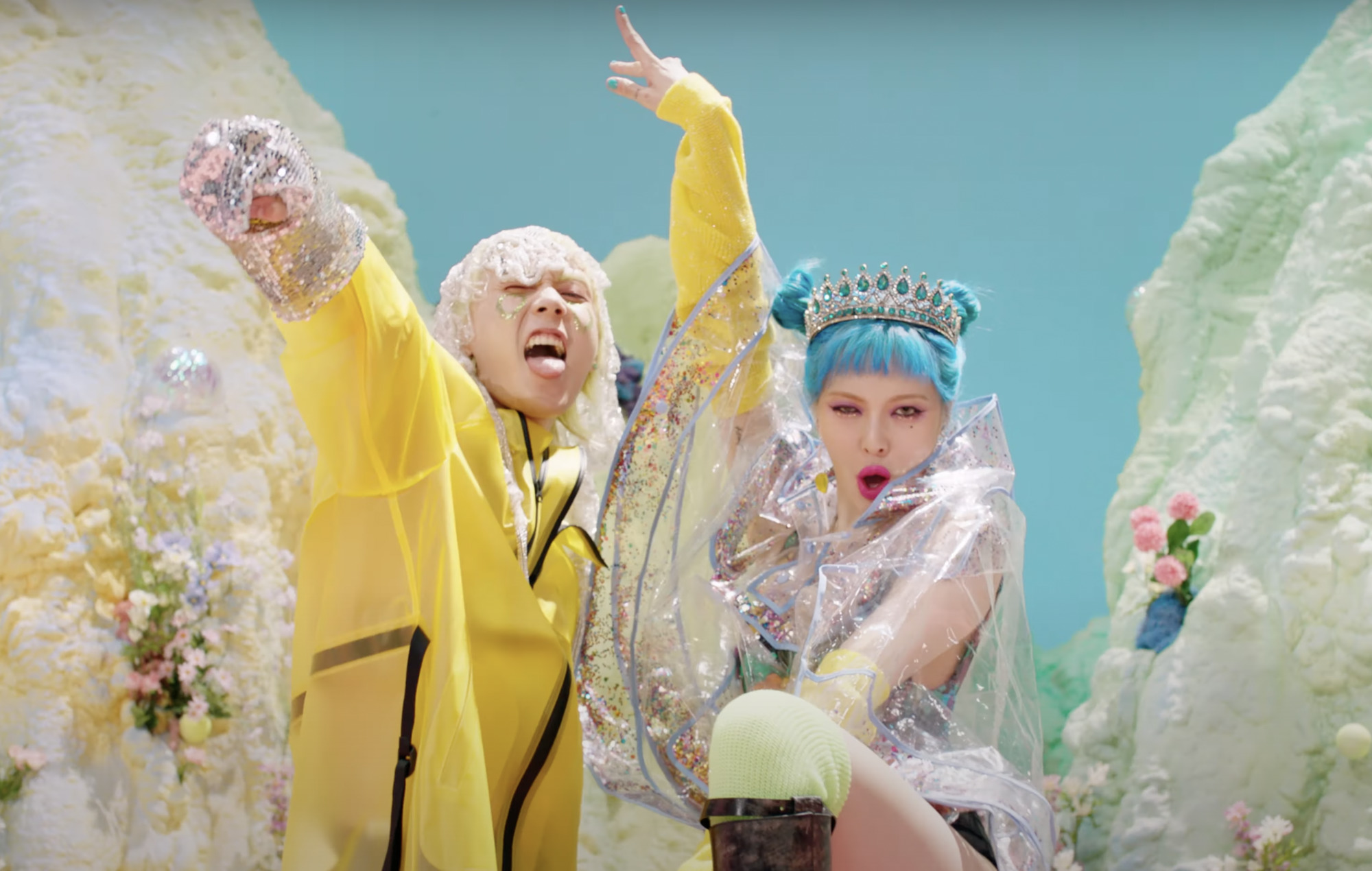 Aside from ‘Ping Pong’, their new mini-album also includes three other tracks – ‘Deep Dive’, ‘XOXO’ and ‘I Know’ – all co-written by DAWN. The duo had also previously released the songs ‘Party, Feel, Love’ and ‘Purple’ together in 2021 and 2017, respectively.

The four-track record was released alongside a music video for ‘Ping Pong’. In the clip, the duo showcase their energetic choreography on a brightly coloured set. “L.O.V.E, play that ping pong / Tiki taka ta / Play that ping pong,” the sing on the moombahton-inspired song.

P Nation first announced Hyuna and DAWN’s joint mini-album last month. At the time, HyunA herself also took to Instagram to confirm the news and shared a behind-the-scenes look at the music video for ‘Ping Pong’.

Alongside the clip was a heartfelt caption detailing her experience while filming. The ‘Bubble Pop’ singer shared that she felt this music video was “more meaningful and special”, but also revealed that there was an ambulance on set due to her tendency to faint “several times a day”, as translated by Soompi.

Prior to signing with P Nation, the pair worked together as part of Triple H, a sub-unit composed of the two singers alongside PENTAGON‘s Hui. The trio debuted in 2017 with the ‘199X’ mini-album and made a comeback in 2018 with ‘Retro Futurism’.

However, shortly after, HyunA and DAWN both left Cube Entertainment in the wake of an announcement that the two had been dating in real life since 2016.