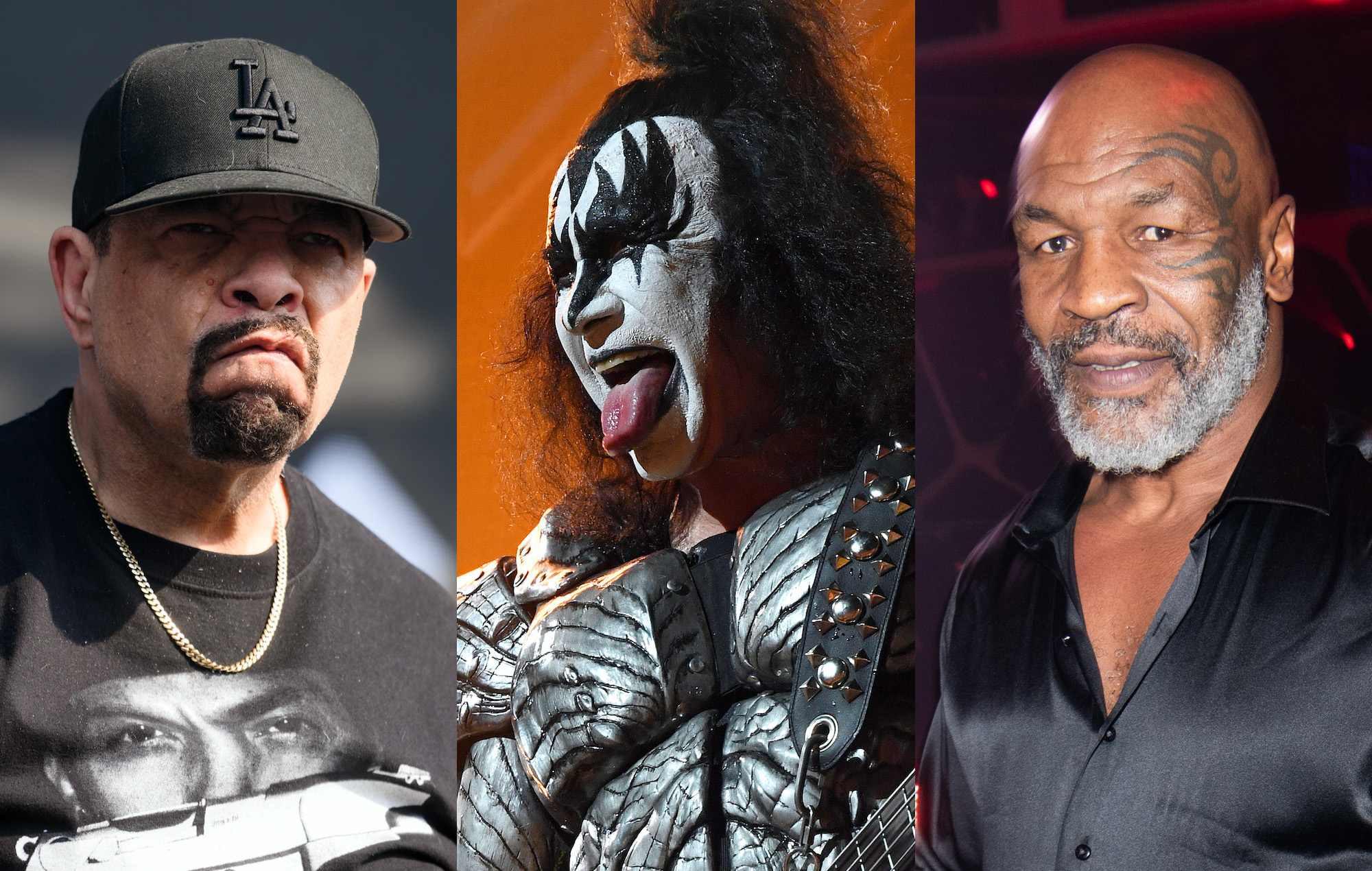 Ice-T and Gene Simmons are among those who shared support for Mike Tyson over the weekend, after the former heavyweight champion repeatedly punched a passenger on a flight bound for Miami.

As reported by TMZ, Tyson was embroiled in the altercation last Wednesday (April 20) when a punter sat behind him on the JetBlue flight started loudly heckling and antagonising the boxer. Footage obtained by the gossip site shows Tyson landing several blows on the man – later identified as 36-year-old Melvin Townsend III – who appears bloodied after the battering.

Tyson’s representatives said Townsend was acting “aggressive” towards the boxer – who was en route to Miami for a speaking engagement at the Benzinga Cannabis Conference – and claimed that in addition to verbally “harassing” him, Townsend “threw a water bottle at him while he was in his seat”.

In a subsequent statement shared with TMZ, the San Francisco Police Department said officers detained two people alleged to be involved in the altercation, however one of them – believed to be Townsend, having been treated for injuries – “provided minimal details of the incident and refused to cooperate further with the police investigation”.

In the days since the incident took place, a handful of celebrities have come out in defence of Tyson’s conduct. Social media personality Jake Paul was among the boxer’s earliest supporters, Tweeting: “If you’re being heckled in public like Mike Tyson was you should legally get a hall pass to beat someone’s ass. This generation thinks they can get away with anything.”

Simmons echoed Paul’s sentiment, Tweeting in response: “Agreed!” Ice-T, meanwhile, shared a string of his own takes on the matter – he called Townsend a “clownass” who “forgot he was NOT behind his keyboard”, and opined that “the problem is nowadays, [motherfuckers] think they WON’T get punched in the face…”

In a follow-up Tweet, the Body Count frontman said he’d be in a much worse situation if his online critics dared to heckle the multi-hyphenate the way they do online: “If Dumbfucks said the type of Shit they say to me on HERE Face to Face….. I know I’d be in Prison.”

Mike Tyson punched somebody who was Fn with him……. The problem is nowadays, MFs think they WON’T get punched in the Face…

Yep….. But that’s the Fn TRUTH! Clownass forgot he was NOT behind his keyboard.. https://t.co/uBnGzmbWeS

If Dumbfucks said the type of Shit they say to me on HERE Face to Face….. I know I’d be in Prison.

Also weighing in was Poison drummer Rikki Rocket, who said that he “[doesn’t] condone violence”, he believes “our society has enabled people to mouth off, [harass] and get away with it thinking they can just make money off of a lawsuit if it turns physical”.

Last week, Simmons boldly claimed that artists like Beyoncé, Bono, Mick Jagger and Bruno Mars wouldn’t be able to perform in his famously over-the-top costumes, due to their excessive weight and unwieldiness.

Meanwhile, T recently confirmed that Body Count have begun recording their eighth studio album – the follow-up to 2020’s ‘Carnivore’, tentatively titled ‘Merciless’ – and that it would be a much heavier affair for the rap-metal titans.