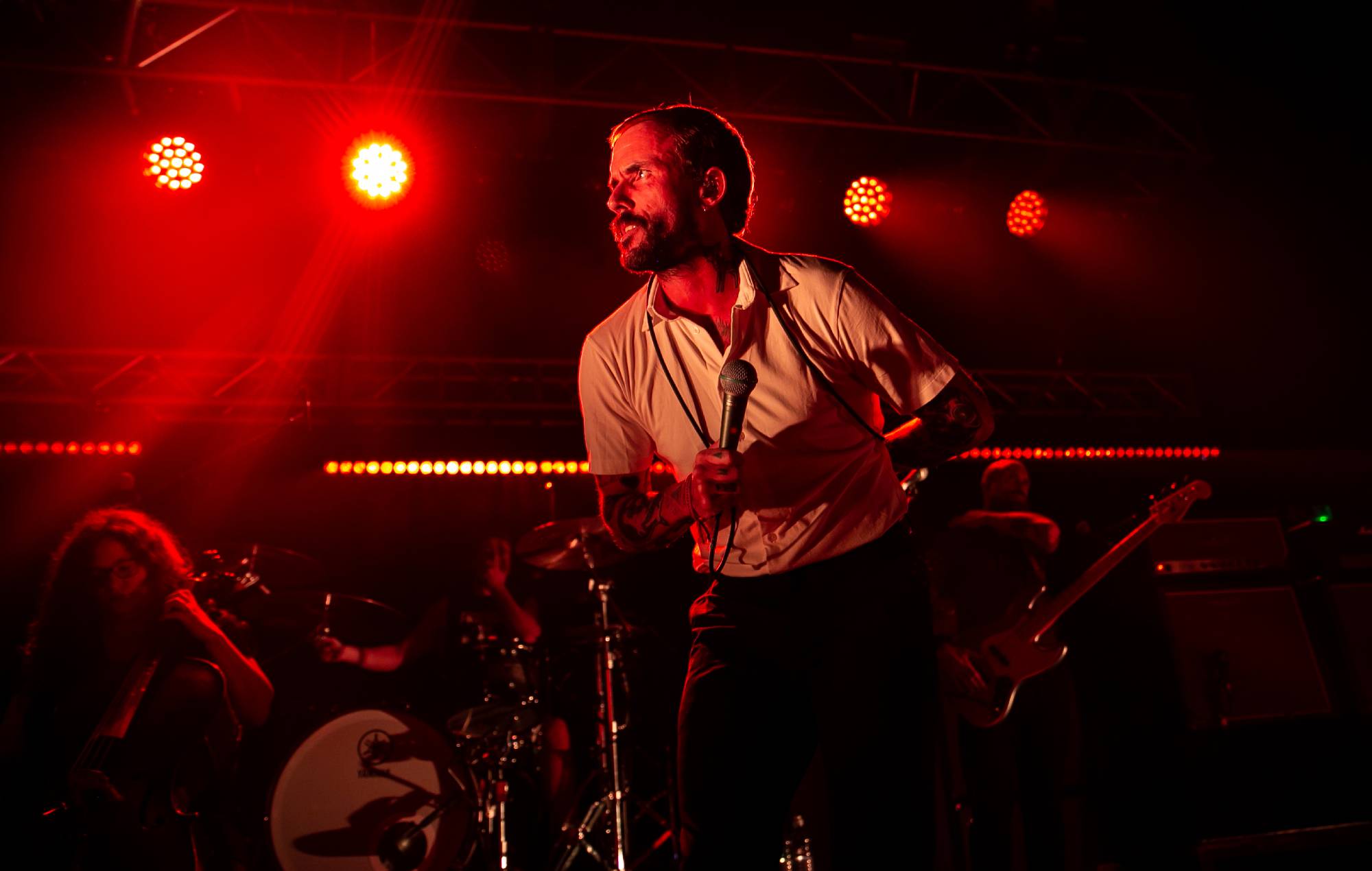 IDLES have announced a special Glastonbury warm-up show, which will also be their only UK headline gig of 2022.

The five-piece will be among the major acts who will grace the Worthy Farm festival’s main stages from June 22-26.

Ahead of their Glastonbury 2022 appearance, IDLES will play a warm-up gig at Coventry’s HMV Empire on June 23.

The band have said that the Coventry show “will be our ONLY UK headline show of 2022”, with support on the night coming from Mandy, Indiana.

General sale tickets for IDLES’ Coventry gig will be available from 10am tomorrow (May 13), and you’ll be able to buy them here.

IDLES recently performed at a charity benefit show in Bristol which raised money for War Child’s Ukraine appeal. The band also recently guested on The Late Show With Stephen Colbert, where they performed their song ‘Crawl!’ from their fourth studio album, ‘CRAWLER’.

IDLES’ Adam Devonshire was among the musicians to recently feature in Man Down, a documentary that focuses on men working in the music industry and covers topics such as isolation, depression and suicide.

Earlier today (May 12) Glastonbury confirmed the 2022 line-up for its Acoustic Stage. The news follows on from recent line-up announcements for the festival’s Glade, Common, Left Field and Shangri-La areas.

Glastonbury founder Michael Eavis, who was recently awarded the Freedom of Glastonbury, announced earlier this month that the festival will be donating land to allow for an additional 20 social homes to be built in Pilton.