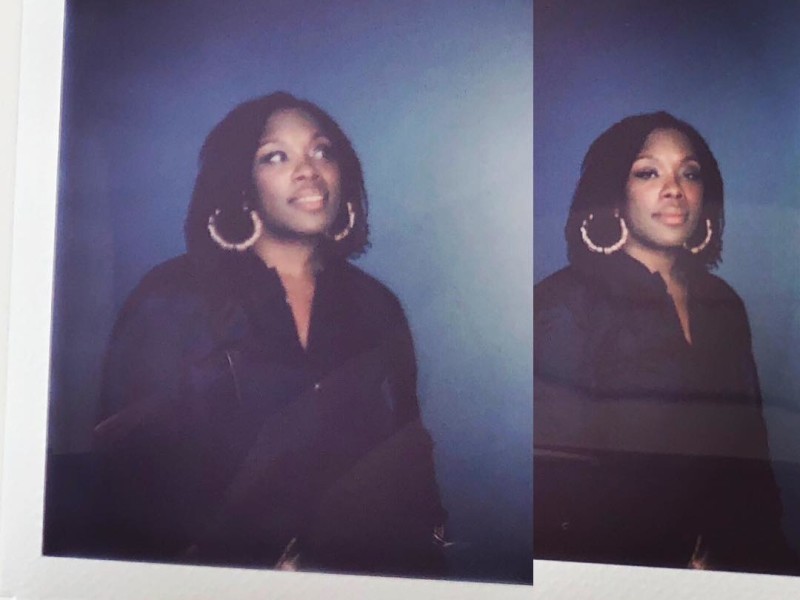 Los Angeles, CA – Whether or not you consider her slept-on or one of the best lyrical talents out, few can argue that Ill Camille doesn’t set it off when it comes to her duties on the m-i-c.

The Los Angeles rhymer spoke with HipHopDX about her experience commanding the coveted Tiny Desk soundstage. Prior to her performance (which was assisted by longtime collaborators Damani Nkos, Iman Omari as well as The Katalyst drummer Greg Paul and bassist Aneesa Strings), Ill Camille revealed to NPR’s senior executive and Tiny Desk producer Abby O’Neill that she actually prayed for the spotlight moment to come into fruition.

“Tiny Desk is a good platform to highlight any real musician or MC,” she explained to DX. “Just wanted to have me and the folks I rock with able to do that.”

Check it – My mama told me the first “date” her and my pops had as teenagers : : Was when grandaddy took them to hear live jazz and …it was on after that : : Two kids who built an eternal bond and the love for the music got it goin : : Love to my grandaddy “Spider” Hankerson for being the glue (RIP) : : This one is for him and my whole village. Both sides Thanks for handing it down to me : : Here’s a clip of me performing “Spider’s Jam” on @nprmusic ‘s Tiny Desk with @think_say_do • @aneesastrings • @iman_omari • @damani_nkosi : : originally produced by @rick_hughes98 + @djbattlecat, featuring @jav0nte and @georgia.muldrow : : : Thanks for all the love ya’ll. S/o @abby1ill 1nce again. ?LINK IN BIO•? #illcamille #Heirloom #HipHop #nprtinydesk #NPRMusic #vibemusiccollective #someothashipconnect #soulmusic

Given her style and storytelling ability, Camille also elaborated on what the commonly used phrase of being “lyrical” truly means in her book.

“I think to be ‘lyrical’ means to choose to put words together in ways that challenge the standard or the norm. Finding creative alternatives for what you want to say and what’s been said already,” she proclaimed.

Released on March 6, 2017, Ill Camille’s Heirloom garnered a still-growing fanbase without the mechanics of “The Machine” to boost its visibility. The album was also critically acclaimed, notably receiving an outstanding 4.4 rating from HipHopDX.

When asked about its follow-up, Camille cited the strenuous effort, resources and creative focus it took to construct the album and admitted that she’s still building off the existing product.

“Heirloom is still moving,” she explained. “That’s the focus for now. I made it 16 tracks to let it settle in. I am touring still and promoting it. But – Always working and writing music for myself and others. I love it.”

Well said. Watch Ill Camille’s NPR Tiny Desk performance up above a relive Heirloom down below.