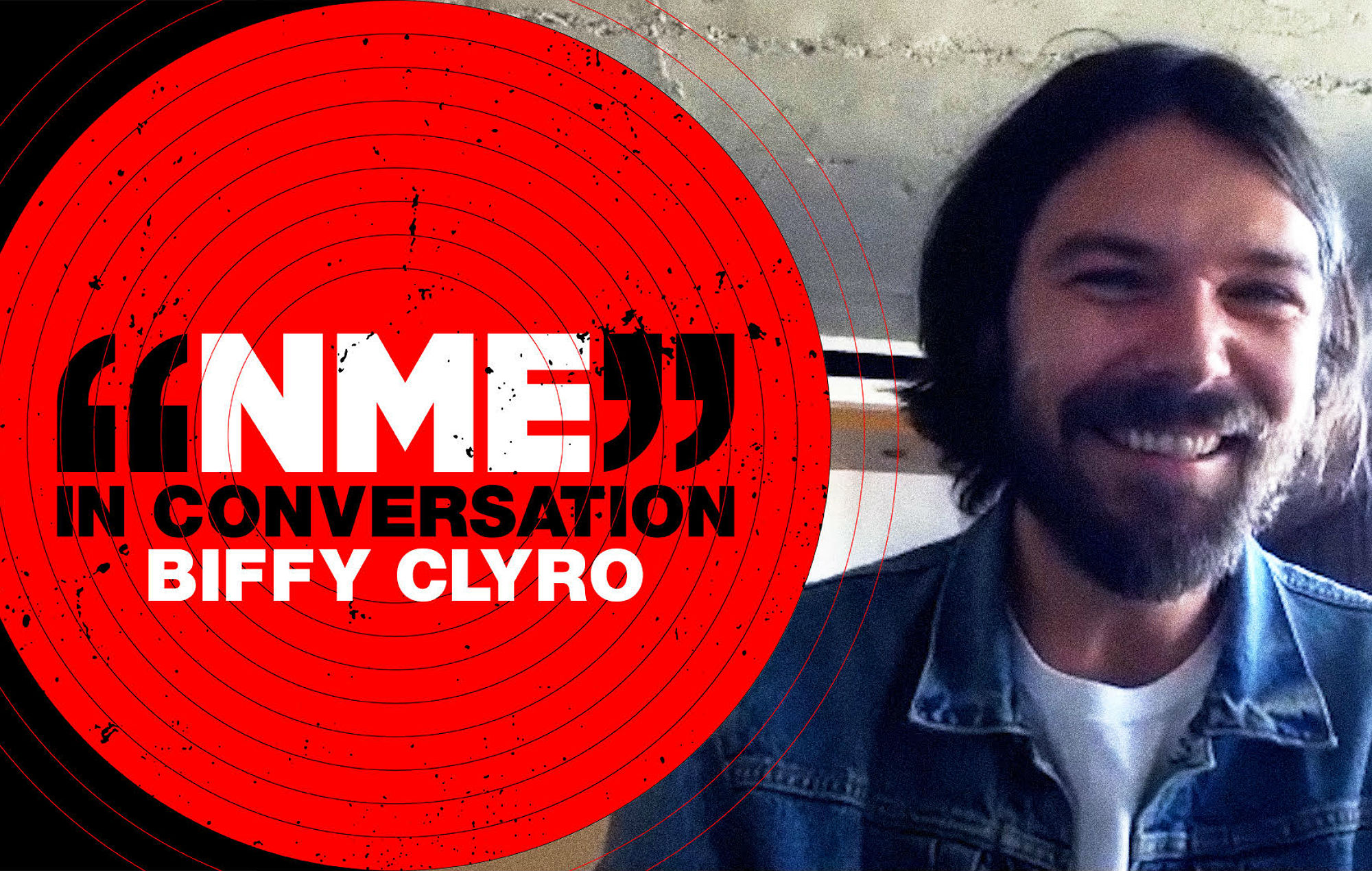 A lot has been written about how Biffy Clyro‘s opulent ninth album ‘A Celebration Of Endings‘, with its theme of everyone having a thorough word with themselves and starting anew after centuries of calamitous shithousery, has proven to be oddly prescient.

“There’s no way that it couldn’t feed into any piece of work that anyone is making in this world right now.”

It’s hardly any wonder then, that as soon as ‘A Celebration Of Endings’ was in the can, the band were already fired up and inspired enough to crack on with another record. While the dust hasn’t even settled on their ninth opus (currently sitting at Number One in the midweek album charts), Simon Neil sat down with NME to talk to us about his plans to have four new albums finished by the end of the year (and how he’ll be on the long road to Eurovision).

So, you’ve got another new album written then?

Simon: “We’ve got 15 songs that didn’t make the album that we’re going to record as soon as possible. The plus side of not touring is that we can go straight in and make music.”

“Some of them are like, right electronic. There are a few that just BIG. We’ve got this song called ‘Slurpy Slurpy Sleep Sleep’, that’s just one of those rhythms you can listen to all night and makes me feel so good. There will be a different aim to that record from ‘A Celebration Of Endings’. I want it to be a bit more sprawling and a little bit less, song-y.”

So they’re going to be pretty nuts?

“They’re not all weird, it’s just the way that they fall in. The thing about the second wave of songs that don’t make an album is that I don’t work on them as much, so they have less shape. Musically, I like the songs being a bit less sure of themselves rather than taking them to their logical conclusion. Going into something like this, away from the usual machinery, it’s pure creative spaff. I wish I’d chosen a better word… it’s pure joy. It’s the opposite of being conscious of it. Music can become complex in your career, but it shouldn’t be. The actual act of it should be as simple as it’s always been.”

How do the lyrics relate to your recent material?

“I will definitely rewrite those lyrics. I wouldn’t have done that before, but I’ve definitely got a lot more to say and I’m not going to apologise. It’s not even politics we’re talking about, it’s just decency. What do you want the next generation to have? Let’s give them something to work for – something to potentially try and achieve rather than everything being dead on arrival. You can’t get a job, there’s no point in studying, there’s nothing at the end, no opportunities, no money, no houses. It’s like, fucking hell – it does my head in.”

Would you call it a sister record to ‘A Celebration Of Endings’?

How are things progressing on the long-awaited new album from your side project, Marmaduke Duke?

“We’ve still got three songs to do, but it is coming. We’ll go in and record the new Biffy stuff, then we’ll move on to the Duke. By the end of this year, I’m going to have four new records done.”

“Yeah, so we’ve got the new Biffy record, Marmaduke Duke’s ‘Death Of The Duke’, then we’ve got Tippie Toes which is a mong-ageddon drone project where you can just take some valium and chill out, and then a grindcore extreme metal album called ‘Empire State Bastard’. Honestly, it’s the one thing getting me through not touring – just knowing I can spend the year making new music.”

Sounds like you’ve been busy. Any other lockdown hobbies you’re not telling us about?

“I’ve been trying to learn how to sing the opera song, ‘Nessun Dorma’ – made famous by Pavarotti. There was a programme on at the start of lockdown where it was talking about this being played a lot during some World Cup. I kept hearing this song and it grew on me. It’s one of the most beautiful pieces of music that I’ve ever heard. I think I have the tone and can go that bellow. I’ve given myself the challenge to be able to sing ‘Nessun Dorma’ in a Pavarotti style, top to bottom without looking at the lyrics.”

“I like putting myself in these positions where I’m like, ‘I should never be doing this, so this is what I’m going to do’. I don’t just want to do the same shit. Every time between records, I want to do something that’s fucked up and off the wall. It brings me back to Biffy and I’m more in love with it now than I’ve ever been.”

Reckon next year you’ll also be working towards your dream of performing at Eurovision?

“I fucking better be. Everyone thinks I’m joking about that. When we made the second Duke record, we were on Warners [record label] and wanted to promote it in the weirdest fucking way possible. I just had my epiphany about Eurovision. That’s one of my dreams. We have the song ‘Je Suis Un Funky Homme’ that’s French and has the German line ‘Du hast der grosse schwitzen‘ (“You sweat the big one”), plus English – we nailed it. If we went on, I would need to get Finland in there, Greece, Italy, it would be a beast.”

Maybe Scotland will have separated from the UK by then and you’ll stand more chance of winning?

“Yeah, they might not hate as much if we’re not from the UK. What I will say is that did you know that Scotland’s national animal is a unicorn? It’s on the passports. We believe. We dream.”

So for your headline slot at Download festival you could perform with four bands and an opera and do some Eurovision choreography?

“Yes, I know I’ve made a huge rod for my own back today, but fuck it. I’m not doing anything else!”

Watch the full In Conversation video interview above, as Neil also opens up about saving music venues, politics, perseverance and partying at the legendary Pikes Hotel in Ibiza.

‘A Celebration Of Endings’ by Biffy Clyro is out now.