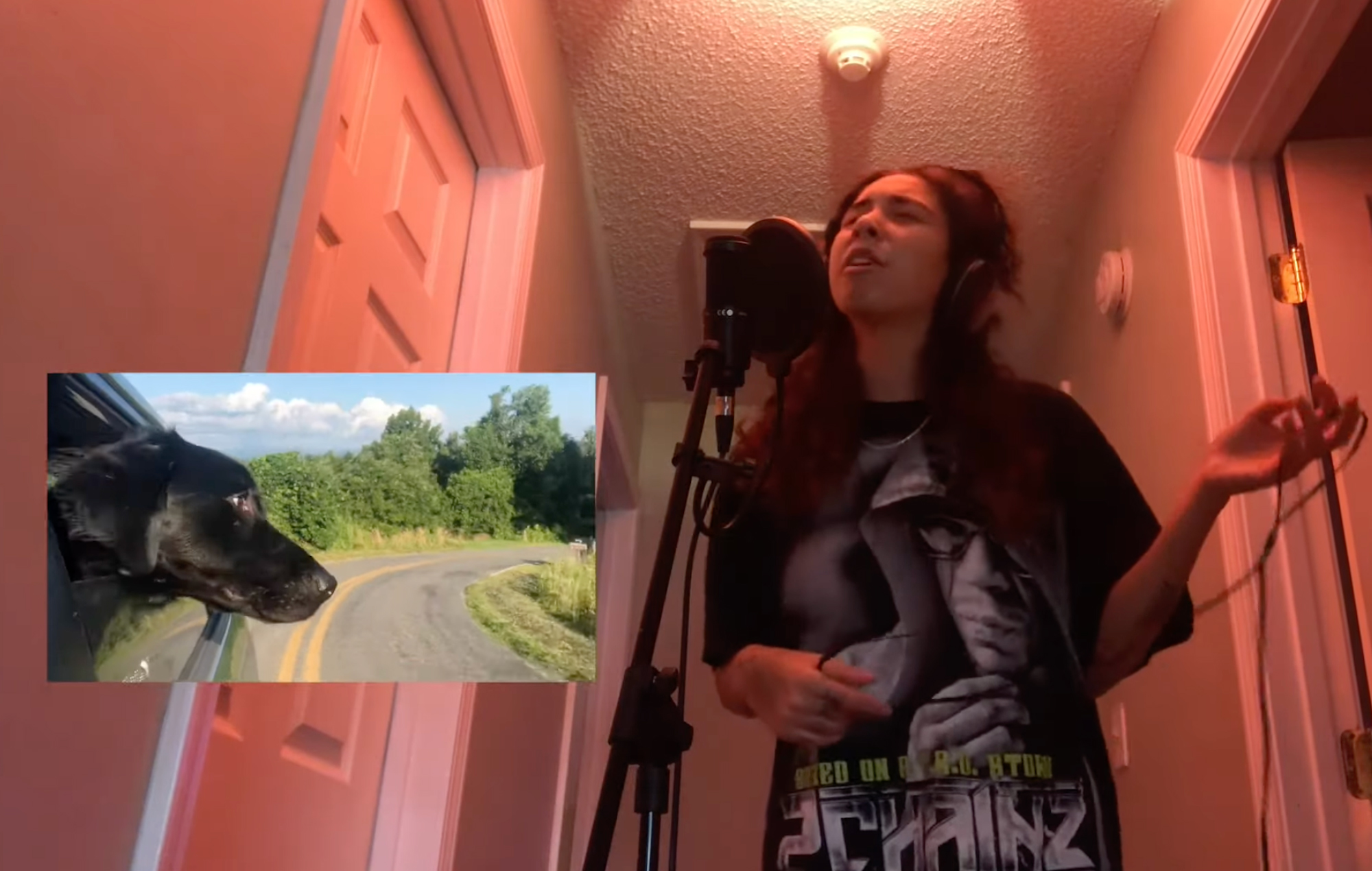 ‘Ivy’ was originally heard on Ocean’s 2016 album ‘Blond’ (although it had been debuted as a rough draft in 2013). Already a cruisy, vibe-heavy track, De Souza’s cover of ‘Ivy’ breaks the energy down even further, as she sings emphatically over a bed of warbly, simmering synths and a punchy electronic drum beat.

She recorded her vocals for the cover in the hallway of her home – with mixing and mastering courtesy of Michael Matsakis – releasing her take on ‘Ivy’ in a video that couples footage of her hashing out the vocal track with shots of her dog, a black Labrador, living its best life.

Take a look at the video below:

“I deeply love Frank Ocean’s songs and ‘Ivy’ has a truly special place in my heart,” De Souza said in a statement. “I have cried many times to this song and can see so much of my own inner world in it. I wanted to fully embody the song myself in honor of its gorgeous existence.”

The cover comes as De Souza’s first release since August, when she released her second album, ‘Any Shape You Take’. NME gave it a four-star review upon release, writer Rhys Buchanan calling it “a follow-up that seals [De Souza] as a new icon for outsiders, in whatever shape she takes” and praising the singer-songwriter for “elegantly [weaving] different worlds together while staying true to herself throughout”.

Speaking to NME ahead of its release, De Souza said she was keen to explore a wealth of sonic influences on ‘Any Shape You Take’. “I get really excited about using all different types of tones,” she said, “mostly because that’s how my brain feels. It’s not one dimensional, there are lots of ups and downs so I think I just try to reflect that in music.

“I didn’t know what it would be until we were in the thick of it. Then it all made sense, the way we built the songs felt very in line with my life up until that point. I was in a bad place when we were recording but also a really good place at the same time.

“I was very isolated but I was finding a lot of self-love and also manifesting really great relationships. I was learning what kind of love I wanted to accept into my life, I realised I was going to have a boundary to anything that would cause me unnecessary pain and that I don’t have to put up with bullshit.”

De Souza’s forthcoming US tour kicks off next Sunday (November 14) in Nashville, with a show supported by Allie set to go down at the Mercy Lounge. She’ll follow it up straight after with two gigs in Asheville – one alongside Ex Gold and the other supported by Truth Club – before hitting the New Brookland Tavern in West Columbia on Wednesday November 17.

After a few months off, the run will pick back up in January with shows in Charlotte, Richmond, Washington, Brooklyn, Boston, Burlington, Camden and Philadelphia. Tickets for all of them are available from De Souza’s website.