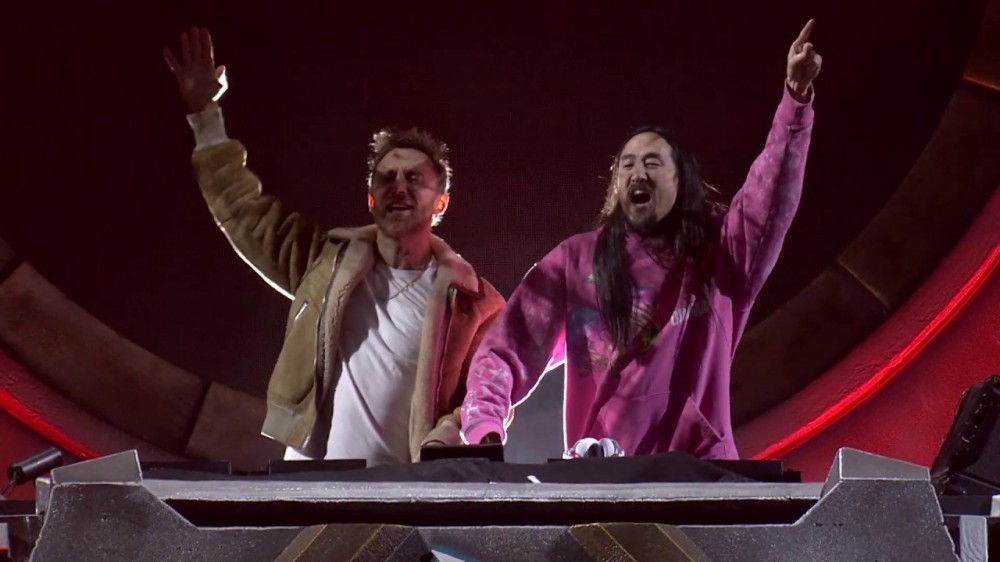 MDL Beast Festival took place over the weekend with high profile B2B sets to attract the masses — but the event hasn’t come and gone without some major controversy.

Instagram influencers and publications are receiving backlash for promoting the Saudi Arabian dance music event. MDL Beast followed through like a typical EDM festival. However, some believe the country uses events like this to put a bandaid on its troubling stance on human rights.

Following the killing of Saudi journalist Jamal Ahmad Khashoggi in 2018, the country reportedly invested close to $3 billion in entertainment to attract tourists back to the area. Similar events have reportedly paid out artists up to six times more than usual to perform in the country.

Similarly to Fyre Festival, influencers were reportedly paid handsomely — up to six figures — to promote, even attend the event, and take glamorous photos on site.Famous actors like Armie Hammer and Ryan Phillippe were in attendance at MDL Beast. Also, Sofia Richie, Scott Disick, Ed Westwick, Alessandra Ambrosio and Winnie Harlow.

Hammer event went as far to call it a “cultural shift.”

In the video below, Instagram account Diet Prada certainly doesn’t sugarcoat the controversy. “Cashing big fat checks in exchange for #content creation (aka propaganda) to rehabilitate the image of Saudi Arabia.”

What’s worse than an all white @revolve influencer trip? Cashing big fat checks in exchange for #content creation (aka propaganda) to rehabilitate the image of Saudi Arabia, a country said to be causing “the world’s worst humanitarian crisis”, according to the United Nations. According to anonymous sources, six-figure sums were offered for attendance and geo-tagged posts. ⠀⠀⠀⠀⠀⠀⠀⠀⠀ Following the government’s pre-meditated murder of journalist Jamal Kashoggi in October 2018 , the arrest of women’s rights activist Loujain al-Hathloul in May 2018, the outing of a gay Saudi journalist and his partner who began receiving death threats from their families (homosexuality is a crime in Saudi Arabia and punishable by death), and countless other human rights abuses, a bevy of supermodels, influencers, celebrities, and musicians convened in Riyadh for the inaugural @mdlbeast . According to @hypebeast , the electronic music festival is “one of the most significant musical events the region has ever seen”. ⠀⠀⠀⠀⠀⠀⠀⠀⠀ Saudi Arabia has been spending billions to change its image in the west, but this is sure to be the most expensive campaign yet. In a series of Instagram stories posted by transgender model @teddy_quinlivan , it was revealed that fellow model @emrata had turned down the trip, evidently aware of the country’s human rights crisis. “It is very important to me to make clear my support for the rights of women, the LGBTQ community, freedom of expression and the right to a free press. I hope coming forward on this brings more attention to the injustices happening there”, said Ratajkowski in a statement to Diet Prada. ⠀⠀⠀⠀⠀⠀⠀⠀⠀ Unfortunately, not all shared the same sentiments. There are simply too many attendees to name. Dieters, feel free to tag any attendees you know of… just in case they haven’t been reading the news. • #propoganda #jamalkashoggi #humanrights #humanrightsabuse #lgbtq #lgbtqrights #freespeech #journalism #independent #womensrights #mdlbeast #edm #electronicmusic #supermodel #influencer #content #riyadh #emrata #emilyratajkowski #teddyquinlivan #model #celebrity #dj #electronicmusic #musicfestival #wtf #smh #government #corruption #dietprada