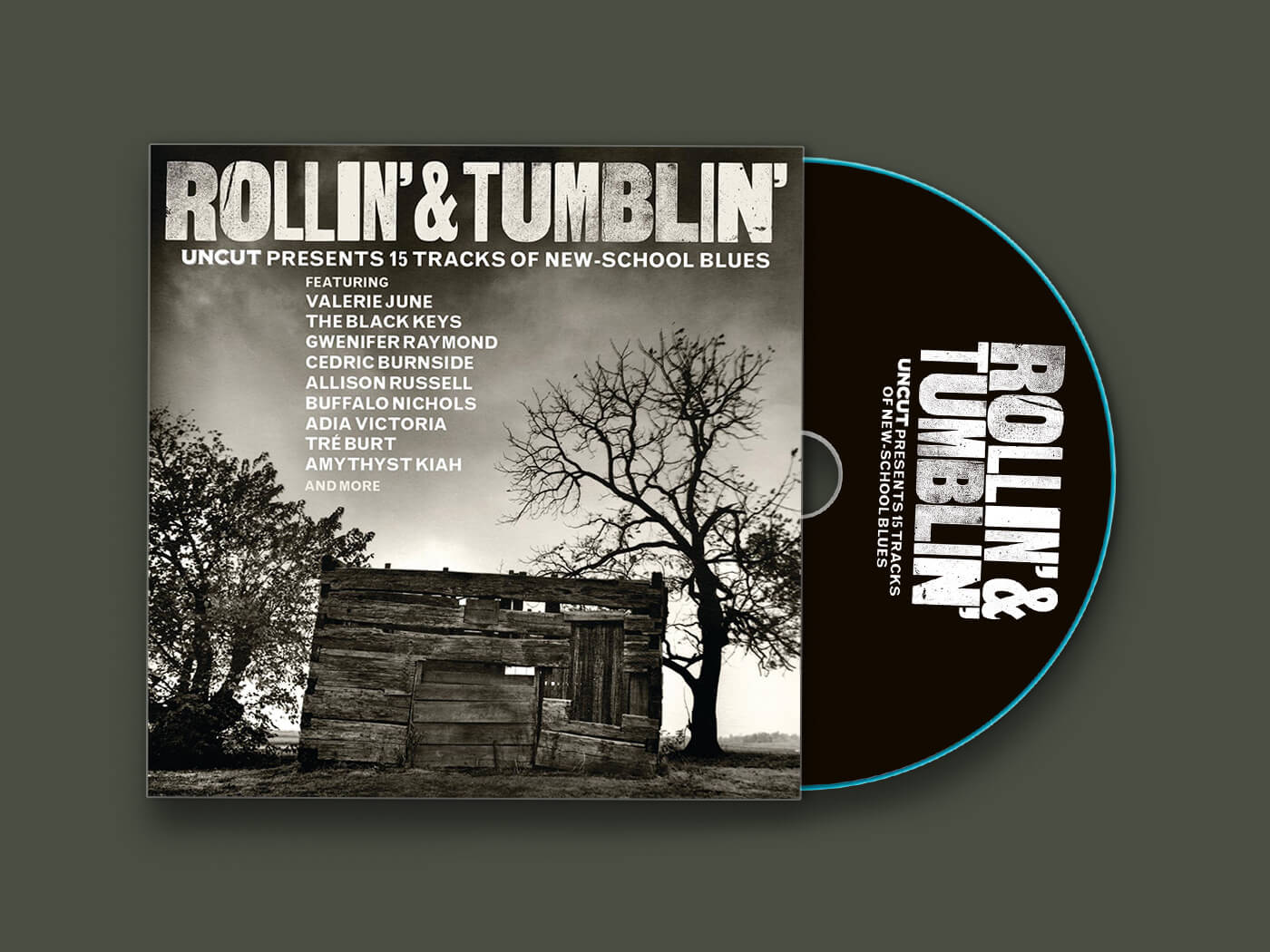 Inside Rollin’ & Tumblin’, our new free CD with 15 tracks of new-school Blues

Blues has always been a vital channel of protest and nonconformity, and in recent years a powerful new group of artists have risen up to rail against the problems of the 21st century. There are plain-speaking singer-songwriters such as Buffalo Nichols, whose self-titled debut is our Album Of The Month, Tré Burt, Amythyst Kiah and Allison Russell; guitarists like Gwenifer Raymond and Cameron Knowler taking on the instrumental might of the blues; and those harnessing the raw, ragged power of the sound, from The Black Keys to Eight Point Star.

We’ve put together 15 tracks of the finest new-school blues on this month’s free CD – time to, as Burnside puts it, get down.

1 GWENIFER RAYMOND
Sweep It Up
This short instrumental slide blues is a highlight of the Welsh guitarist’s debut album, 2018’s You Never Were Much Of A Dancer, and a fine vignette with which to kick off the CD.

2 CEDRIC BURNSIDE
Get Down
Grandson of legendary blues auteur RL Burnside, Cedric can certainly kick up his own joyous racket. Here’s a ferocious piece from his most recent record, this year’s I Be Trying.

3 VALERIE JUNE
Shakedown
June’s latest record, The Moon And Stars: Prescriptions For Dreamers, was our Album Of The Month earlier this year, but here’s a selection from her bluesier 2017 offering, The Order Of Time, with June’s soulfulness in full flower.

4 RILEY DOWNING
Deep Breath
The debut solo album from the lynchpin of New Orleans’ The Deslondes is a down-home, dusty triumph, and this sun-baked, swooning 12-bar is one of its most ear-catching tracks.

5 ALLISON RUSSELL
All Of The Women
This Montreal-born songwriter has long been part of a swathe of strong rootsy groups, from Birds Of Chicago to Our Native Daughters. Outside Child is her first solo album, and this track’s a potent example of the treasures within.

6 BUFFALO NICHOLS
How To Love
Nichols’ sparse and serious debut LP is our Album Of The Month on page 18. As Stephen Deusner puts it in his review, this isn’t a blues-revival record, more a blues record, and all the better for it.

7 THE BLACK KEYS
Poor Boy A Long Way From Home (featuring Kenny Brown & Eric Deaton)
An RL Burnside song from their recent Delta Kream album, this cut shows off the Keys’ impressive way with a cover; even after all their success, they can harness the power of the blues like few of their rock contemporaries.

10 AMYTHYST KIAH
Hangover Blues
Another member of Our Native Daughters, the Chattanooga, Tennessee, singer-songwriter enlisted the likes of guitarist Blake Mills for her new album Wary + Strange, a bold record in both sound and content.

11 JOACHIM COODER
Heartaching Blues
Last year’s Over That Road I’m Bound is a collection of Uncle Dave Macon songs, given a junkyard twist by percussionist Cooder. Heartaching Blues is a highlight, in all its clanking, wonky glory.

13 ADIA VICTORIA
Carolina Bound
A Southern Gothic is the third album by this South Carolina singer-songwriter. The record’s been executive produced by T Bone Burnett, and Adia’s previously worked with Aaron Dessner – it’s not hard to hear what caught their ears.

14 SAM AMIDON
Light Rain Blues
A Taj Mahal cover from the multi-instrumentalist’s recent self-titled album, this mixes blues with the ambient Americana charted on our covermount CD from earlier in 2021. A floating, restorative delight.

15 CAMERON KNOWLER
Don Bishop A
Places Of Consequence is the debut solo album from this solo acoustic picker. He grew up in southern Arizona and Texas, and the dust of the Mexican border can be heard in his plaintive, unhurried playing.