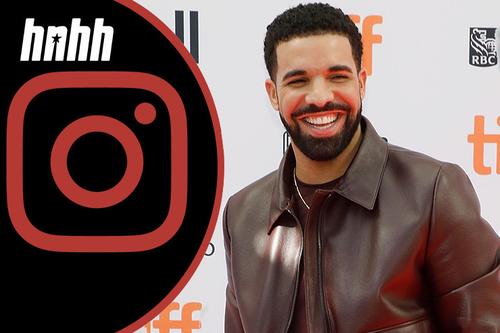 What’s the first thing you think when you hear the word, Drake?

How many immediately thought OVO or Toronto? Maybe some you thought Degrassi or Rihanna or maybe you just thought lavish ass shit because, I mean, it is Drake after all – the same guy who bonds with mogul Sean “Diddy” Combs at fine dining establishments in Miami after hours.

His Instagram handle, @Champagnepapi, has taken on a life its own over the years. A life filled with a myriad celebrity guest appearances, loving odes to family & friends, the occasional snapshot a Drake gazing f into space ever-so-gracefully, and a whole bunch dope shit we all would love to partake in. What makes Drake’s Instagram so entertaining is probably the simple fact that it provides a small amount context to the man we all love to talk about – plus an infinite combination ballerific, luxury shit that is Drake’s life.

We decided to go through and pick out some the most “Champagnepapi” posts on Drake’s feed. What we have come up with is a slew snapshots that illustrate the Champagnepapi moniker while also representing Toronto’s shining star in a very intimate way.

For the number times Drake cites his mother in his tracks, it only makes sense that he follows up the love for his leading lady on his personal Instagram account. This section right here is dedicated to the one and only, Sandi Graham.

When you are one the biggest superstars on the face the earth, you naturally have something that you become known for. In the case Drizzy, it seems to be his classic Instagaze and 6 God symbol. This section is dedicated to the most Drake expected pics.

Did you know that if Drake shifts into a side stance pose, he is effectively morphing into Red Solo cup Papi? Well, now you do.

When you have ascended to the level that Champagnepapi has on Instagram, shit gets hectic. You have haters, hackers, the whole nine yards. In many ways, it’s very important to never take yourself too seriously. And that is yet another reason why Drake is the people’s champ when it comes to his Instagram life as Champagnepapi. Whether he is posting pictures his famed character from the teenage drama Degrassi or just generally poking fun at himself, Papi got jokes and we love them. And speaking Degrassi, peep this one.

Or how about this fat check courtesy Degrassi.

L-O-L at this one, for real Drizzy, Papi, whoever posted this y’all gotta chill.

And last but not least, the most extraordinary part Champagnpapi’s Instagram feed is probably the guest stars within it. Just imagine what it would be like to kick it with say, Drake and Desiigner. All laughs you say? We think so too.

It’s a very Champagnepapi move to wine and dine the biggest pop star our generation and post a selfie smooching her in your hometown just because you can.

This is a good as it gets. Old school meets new school. Very rare and legendary.

This is Canadian Teen.

When two shooters get together it can only mean bad tings.

Papi and a goat.