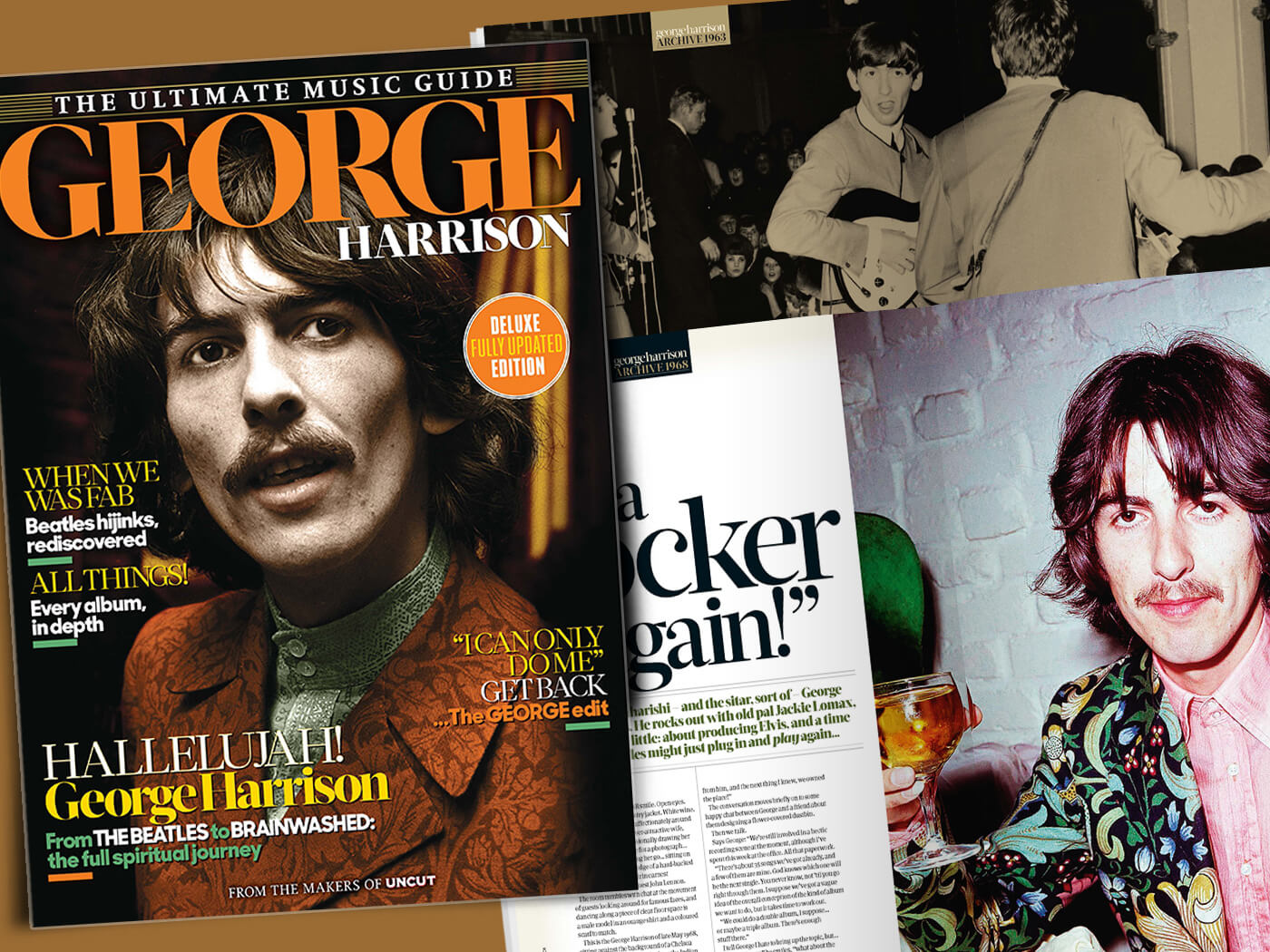 When I last talked to anyone who knew George Harrison, it was about how he played the guitar. In the early 1960s, Brian Griffiths (“Griff”) along with his pals John Gustafson (“Gus”) and John Hutchinson (“Hutch”) was a member of The Big Three. Favourites at the Cavern, (where they recorded their debut EP) and in Hamburg, the band knew the Beatles before there was much screaming.

Gus told me about how he once met a sheepish George in Liverpool, shortly after his having been deported from Hamburg. George told Gus that Stuart Sutcliffe had recently left the band, and if he wanted to have a go, the Beatles were looking for a bass player. Griff, meanwhile, remembered George as someone eager to learn.

Aware of the spikier nature of his own tone, he asked the other guitarist for some advice on achieving a slicker and more accomplished kind of sound. Griff remembered George as a “very English” guitarist and also his enquiry: “How do you make the notes flow…?”

When you’re introducing a magazine dedicated to a musician like George Harrison, it’s a pretty helpful choice of words, illuminating aspects of some Georges we think we already know. There’s George the recessive Beatle, happy to try and sink into the shadow of popular music’s most powerful spotlight by smoothing out his sound. There’s George the seeker after spiritual enlightenment, looking to pass easefully but meaningfully from one state to the next.

Really, though, it reveals more about George simply as self-critical individual, an important part of the man and his music that you’ll find emerging constantly throughout the career covered in depth in this deluxe 148 page edition. As important as was the output he made while attempting to transcend the material world – his abiding friendship with Ravi Shankar and affinity for the music of India – much of his most characterful work comes from his interrogation of life and its problems. He wrote “Wah Wah” from his classic, recently remastered, All Things Must Pass after his walk-out on the Beatles during the Get Back sessions.

If Apple was a political vehicle for John, a crucible for new talent for Paul and a place with green carpets for Ringo, for George it was a place to take stock. “Getting back” was a McCartney phrase, but it’s a George sentiment. As leery as he may have been in the limelight and the consequences of being a worldwide celebrity, he knew as much as anyone that playing rock music again would be a possible way down from the studio-based experiments of Pepper. To read him talking about working with Jackie Lomax, or Elvis, or Little Richard is someone telling it like it is, even if no-one was giving him their full attention.

Musically, George wore his heart on his sleeve. It didn’t always reap huge rewards: “Only A Northern Song”, his thinly-veiled gripe about songwriting and its royalties was said to have made George Martin shudder. But this inability to conceal his feelings also brought us the outpouring of All Things Must Pass, the compassion behind the concert for Bangla Desh, the wit of “Taxman” – even the rock ‘n’ roll revivalism of the Traveling Wilburys. George had many guises, but his essential nature always remained intact.

Perhaps he was an English guitarist. But George was also an artist scanning round the world, and the worlds beyond.