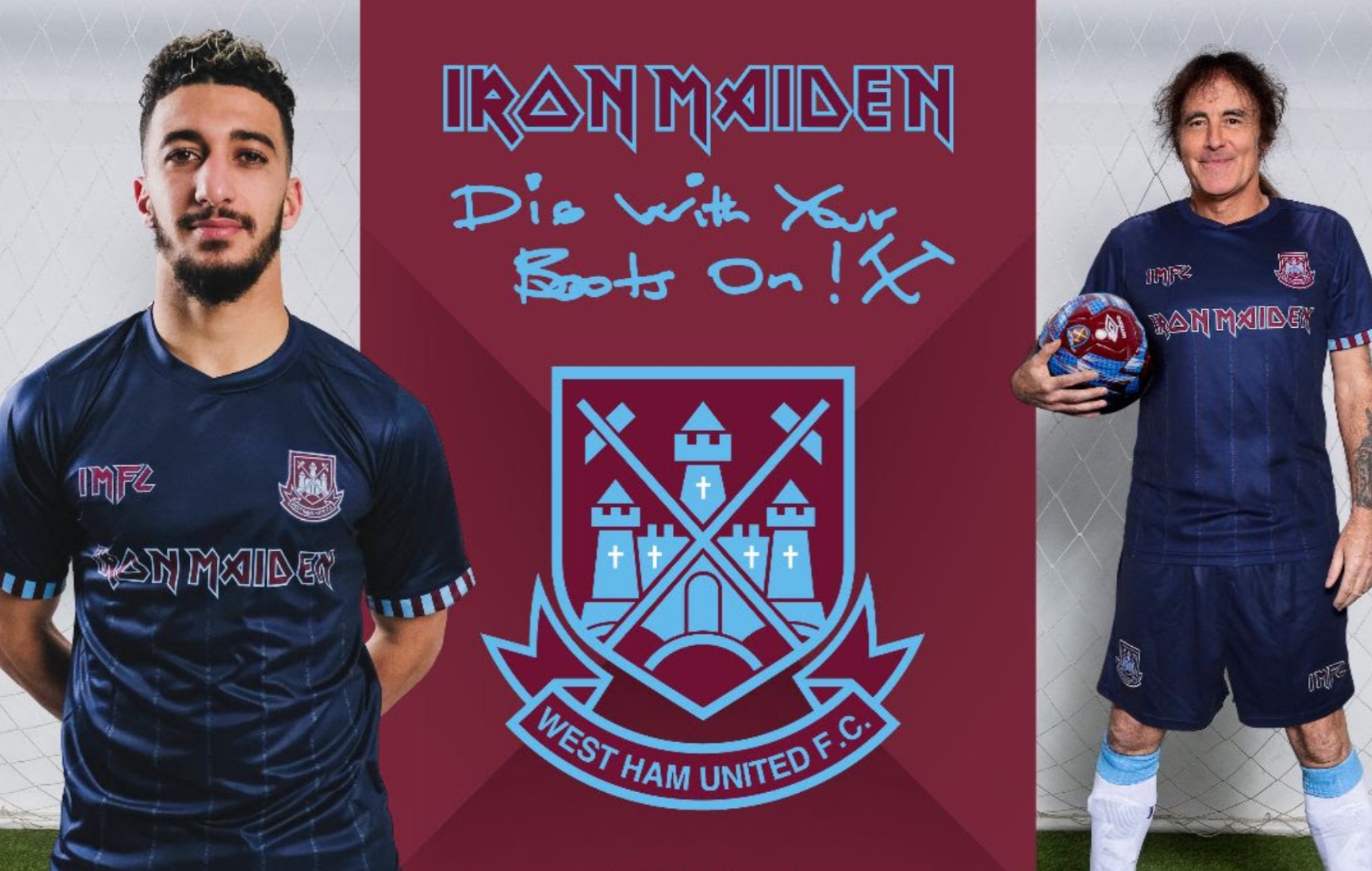 Iron Maiden have teamed up West Ham on a new away shirt and training range. You can see images of the new collaboration below.

Back in 2019, the group collaborated with the club on their ‘Die With Your Boots On’ home shirt range. Now, the two have collaborated again this time on a new away shirt, a training jacket and more training wear.

“With thousands of home shirts sold, there was huge appetite from West Ham & Steve to extend the range for fans around the world to enjoy in both football and music,” a statement about the collaboration read.

You can pre-order the new ‘away’ shirt and further items from the ‘Die With Your Boots On’ range here. A limited number of away shirts are also in stock and available to buy here.

Steve has teamed up with @WestHam to launch a new ‘Away Shirt’ & Training Range in the ‘Die With Your Boots On’ collection!

The group’s Steve Harris has been a fan of the football club since 1965 and his bass guitar features an image of the club’s iconic logo.

Speaking about the collaboration, Harris said: “It was incredible to see the number of Iron Maiden & West Ham fans that picked up the initial home shirt.

“With West Ham doing so well in the Premier League right now, it feels like a nice time to put out this ‘away’ shirt.

“I’m so happy to carry the Maiden/West Ham partnership further… who knows, it might bring us luck for a Champions league place, you never know! COYI!”

“We are now excited to release the ‘away’ shirt as a first run exclusive online at www.officialwesthamstore.com, with further styles to follow as we continue this highly successful partnership. Come on you Irons!!”


Earlier this week, Iron Maiden rescheduled their European ‘Legacy Of The Beast’ tour due to the ongoing coronavirus crisis – see new dates for 2022 here.

The metal legends’ manager Rod Smallwood said in a statement: ​“Naturally the band are hugely disappointed; a second summer without touring, especially with this very special Legacy show, is very hard to take.

“They send their best wishes to you all, knowing full well you fans will feel the same. As we all know, realistically there is no alternative so we will all make the best of it and spend the time preparing for a very memorable and even more spectacular Legacy tour next year, we promise! Until then keep safe and keep smart.”