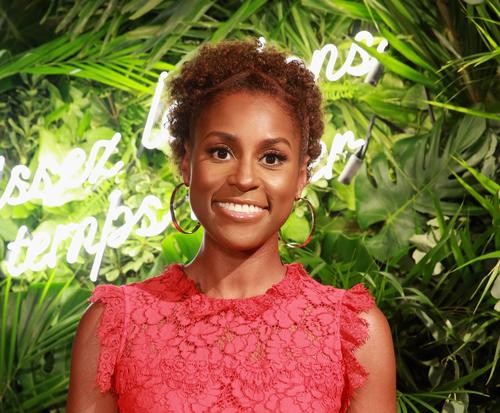 If you were unaware, HBO writer Issa Rae is a huge fan Drake. In fact, during an interview with Rolling Stone, the Insecure creator said that there is an easter egg for one Drake’s lyrics in every episode her hit HBO series, revealing “that was a personal thing for me, but that’s not something that we bang you over the head with.”

Well following Sunday night’s Golden Globes, rumors have been circulating online that Drake allegedly took hit shot at Issa at an afterparty, and asked her out, but was turned down. According to E! News, Drake “made his whole group stop so he could go talk to her.” Then “he asked her if she wanted to come to the Netflix party with him.” Unfortunately though, sources at the party say Rae denied him, responding that “she was with all her friends” before allegedly walking away. However, another source thought Issa “never denied” Drake and the two simply “exchanged pleasantries” while crossing paths. “They don’t really know each other but are friendly,” the source added.

Regardless what happened, E! News tweeted out their report that Issa might’ve turned down Drake at the after party, but Issa caught wind it and decided to clear the air on the rumor, kinda. While she doesn’t deny Drake talking to her, Issa does respond to E! News with a suggested headline her own, reading… “Obsessed Fan Who Dedicated Entire Season to Artist Continues to Shamelessly Fangirl When She Sees Him at Party Later.” So it appears she didn’t technically turn him down, but rather is just “a fangirl” when around him.

Following her night Sunday, Issa praised Drake’s DJ’ing skills and could be heard calling him “zaddy” in some footage thats surfaced online. She says the playlist that Drake played for the party was “simply correct,” while also calling him a “phenomenal DJ.”

Check out Issa’s response to E!’s report (below) and we’ll keep you posted if anything more surfaces from these rumors or reports. (Something tells me these two aren’t done)