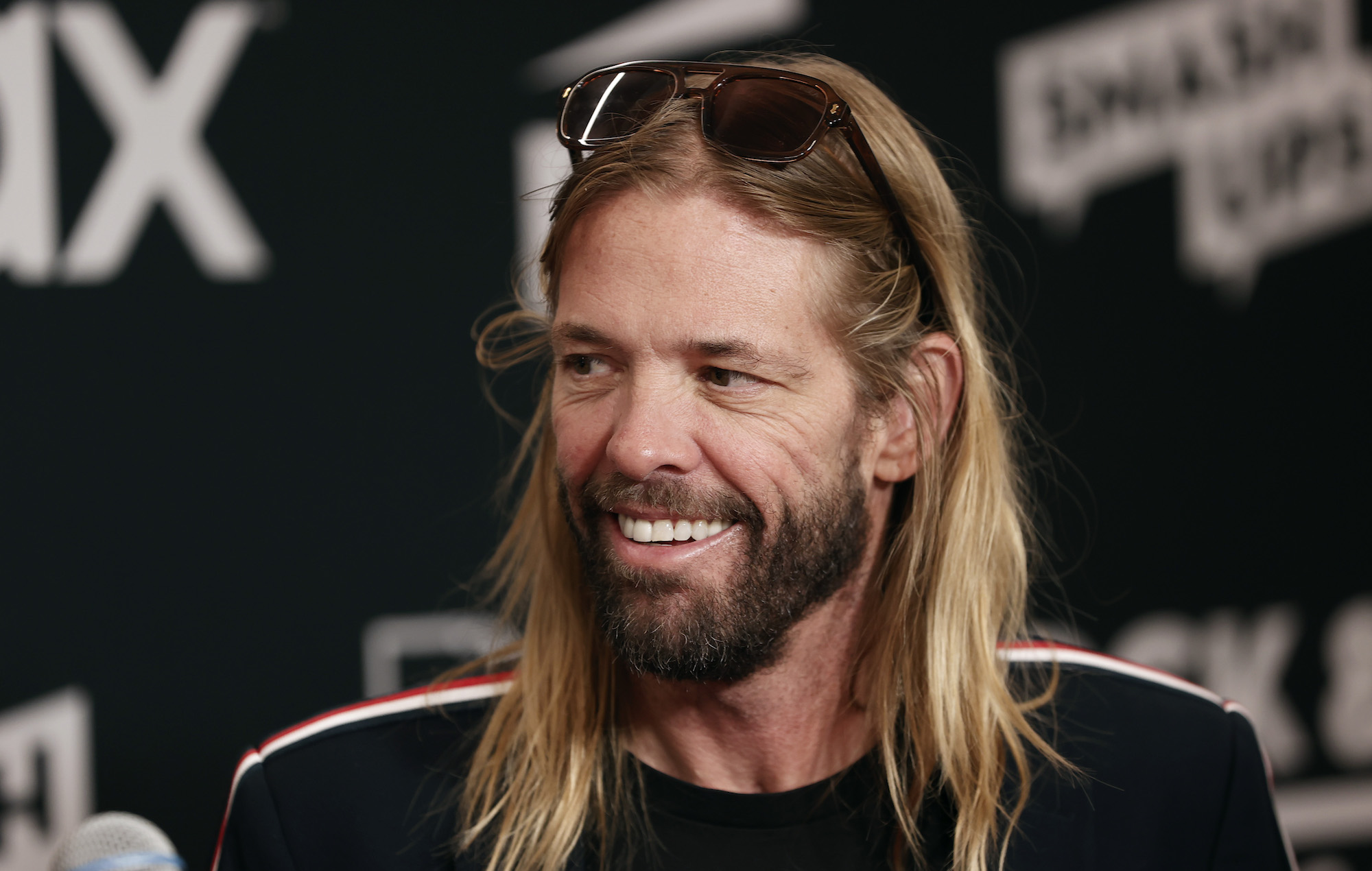 Items from Taylor Hawkins tribute concerts to go up for auction

Various pieces of gear used in the two recent tribute concerts for late Foo Fighters drummer Taylor Hawkins will be auctioned off for charity next week.

The auction, organised by “world breaking auction house to the stars” Julien’s Auctions, will be taking place at the Hard Rock Café in New York and online via the Julien’s Auctions website from next Friday to Sunday (November 11-13).

The proceeds will be split between the charities Music Support and MusiCares, both of which help musicians in times of personal, medical or financial crisis. The proceeds from the tribute concerts, which took place at Wembley Stadium and L.A.’s Kia Forum in September, also went to these charities.

“MusiCares was honoured to be the U.S. non-profit beneficiary for the Taylor Hawkins Tribute Concerts and we are proud to partner with Julien’s Auctions on this incredible collection,” said Laura Segura, Executive Director of MusiCares.

“We are dedicated to helping the humans behind the music because music gives so much to the world, and this auction continues the beautiful celebration of Taylor’s life, and his immense contribution to the music industry.”

Among the items to be auctioned off are a selection of guitars, cymbals and drum skins, all of which were signed by a host of the stars who performed at the concerts, including Dave Grohl and Nirvana‘s Krist Novoselic.

“Julien’s Auctions is honored to offer these incredible pieces signed by the artists from the Foo Fighters and Hawkins Family’s unforgettable tribute concerts that celebrated the extraordinary creative force and light of the legendary music icon, Taylor Hawkins,” said Martin Nolan, Executive Director of Julien’s Auctions.

“Additionally, we are excited to be teaming up with our longtime partners MusiCares and Music Support in this charity auction that will raise funds for critical mental health support and wellness in the music community.”

Taylor Hawkins died in March at the age of 50 while on tour with the Foo Fighters in Bogota, Colombia.

The Pretty Reckless frontwoman Taylor Momsen recently spoke to NME about performing in the US tribute show, in which she covered the Soundgarden hits ‘The Day I Tried To Live’ and ‘Black Hole Sun’ alongside Grohl, Novoselic and Soundgarden’s Matt Cameron and Kim Thayil.

“The way they went about the show was so well done and so beautiful,” she said. “It was a very moving evening, very emotional. I feel like Taylor would have really loved it. Dave did a wonderful job honouring his friend.”