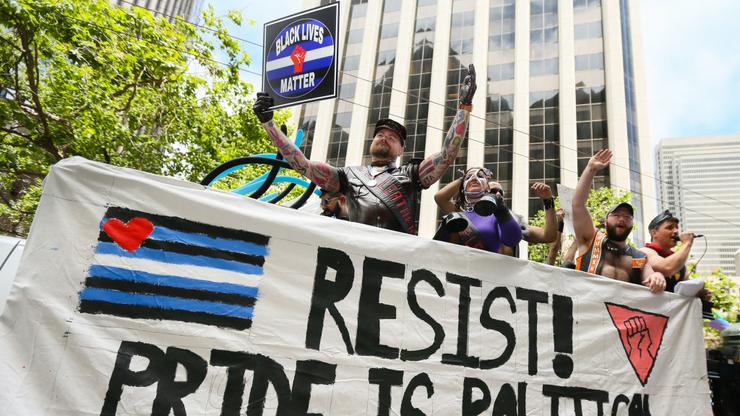 Iyanna Dior suffered minor injuries after being attacked by a group of approximately 30 men in Minnesota.

The attack of Iyanna Dior, a black trans woman, is appalling to watch and it speaks to the exact reason why we are protesting. She was brutally attacked inside of a convenience store by a mob of 20-to-30 cisgender men calling her transphobic slurs and throwing punches. Dior was able to escape behind the shop counter before eventually finding safety through the back door.

As noted by Vox, details about the attack are still unclear but it appears to have happened after a fender bender car accident.

In a video posted to her Facebook page, Dior shows her injuries, which are minor, and gives her Cash App to people who would like to donate money. She says that she has slight damage to her forehead and teeth.

The incident caught the attention of many, including Megan Thee Stallion, who offered to help.

“The video of lyanna Dior really broke my heart,” she wrote on Instagram. “Please help her out any way you can if you know her real cash app put it in the comments #blacklivesmatter #blacktranslivesmatter.”

Thankfully, Iyanna Dior is still alive to tell her story.