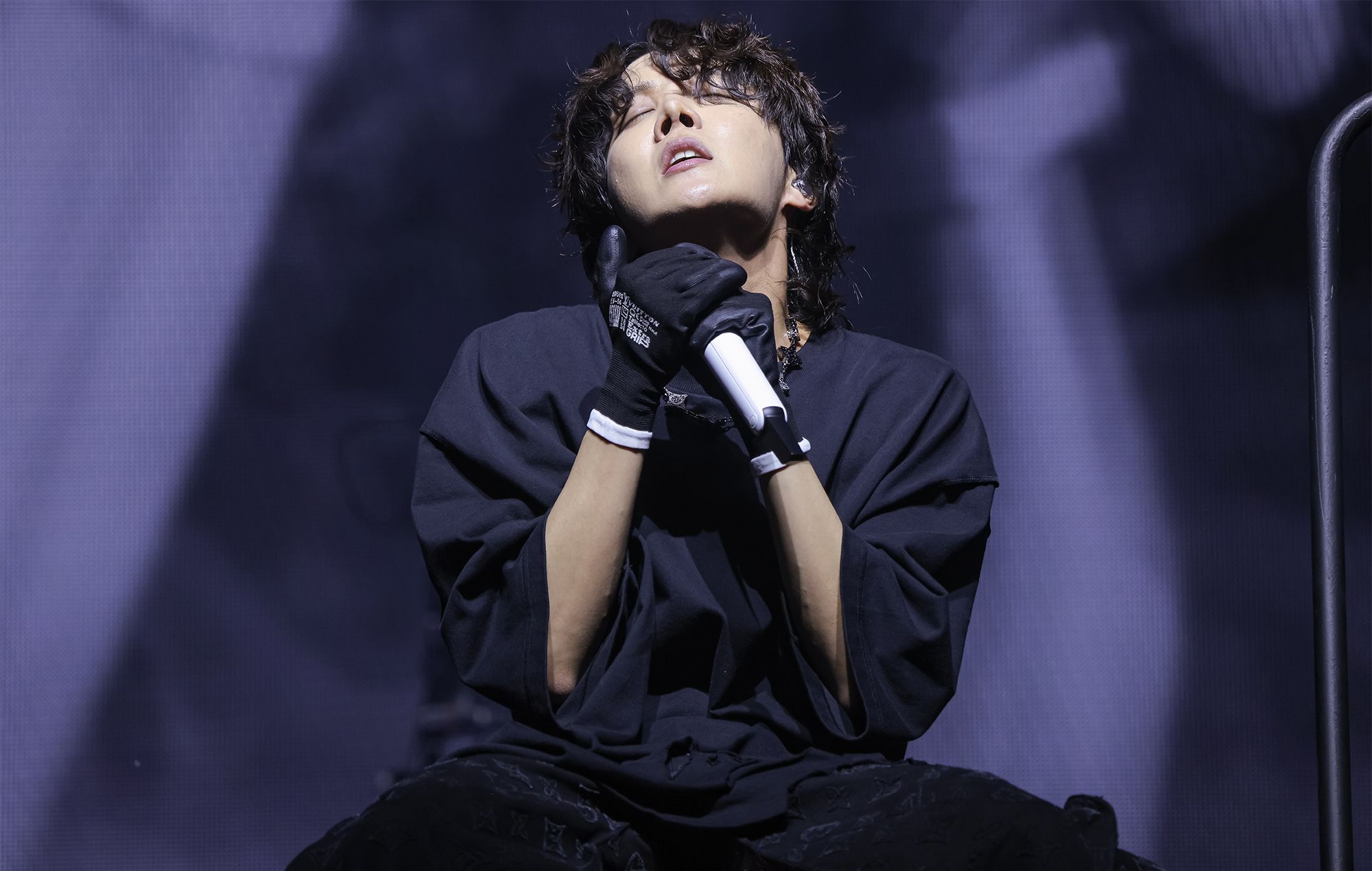 According to setlist.fm, J-Hope performed a total of 18 songs across his 70-minute set, including eight of the 10 tracks from his just-released debut album, ‘Jack In The Box’. He also showcased five cuts from 2018’s ‘Hope World’ mixtape, and threw in a handful of BTS’ own songs (‘BTS Cypher Pt. 1’, the ‘Tropical Remix’ version of ‘Dynamite’, ‘Trivia : Just Dance’ and ‘Outro : Ego’).

Rounding out the set was a performance of his 2019 standalone single ‘Chicken Noodle Soup’, for which he brought out its featured artist, Becky G.

Have a look at footage from the performance below, then check out the full setlist:

This year’s Lollapalooza was a particularly notable one for K-pop fans; the night before J-Hope performed (July 30), his labelmates in Tomorrow X Together made history as the first K-pop group to perform at the festival. With his own performance at Lollapalooza, J-Hope became the first South Korean artist to headline a major music festival in the US.

J-Hope released ‘Jack In The Box’ on July 15 via Big Hit, flanked by the singles ‘More’ and ‘Arson’. In a five-star review of the record, NME’s Rhian Daly wrote: “Thought-provoking and full of fresh new flavour, ‘Jack In The Box’ takes the J-Hope the world has come to know and love over the last nine years and sets that figure alight.”

The album debuted at Number 17 on the Billboard 200 chart. In June, BTS’ anthology album ‘Proof’ made its Billboard 200 debut at the top of the chart, marking the boy band’s sixth Number One entry as a group. The album, which was led by the single ‘Yet To Come (The Most Beautiful Moment)’, is a 48-track compilation that includes many of the boyband’s hit singles, from ‘Boy With Luv’ featuring Halsey to their debut single ‘No More Dream’.

Earlier this month, J-Hope confirmed that while BTS’ members have largely suspended group activities to pursue other endeavours, the K-pop septet are “definitely” not on hiatus. In a recent interview, he was asked about an announcement the group made in June, where they said they were planning to “take time to explore some solo projects”, leading to concern from fans that the split could be extended.

“When we talked about the temporary break, or focusing on solo projects, we really just were trying to be honest with how we feel and what we want to pursue going forward,” J-Hope said, noting: “I think there was a little bit of loss in translation as we conveyed that message. And definitely we’re not on hiatus. The team is going to remain active. We just learned a lot and we grew together as a team over the last decade.”

His comments echoed ones made by his bandmate RM in June, in which the BTS member said the perception that the group were disbanding was caused by “aggressive keywords taken out of context”, adding that “misinterpretations” regarding the band’s future had “left a bitter feeling in my heart”. He emphasised: “This is not the end for us.”