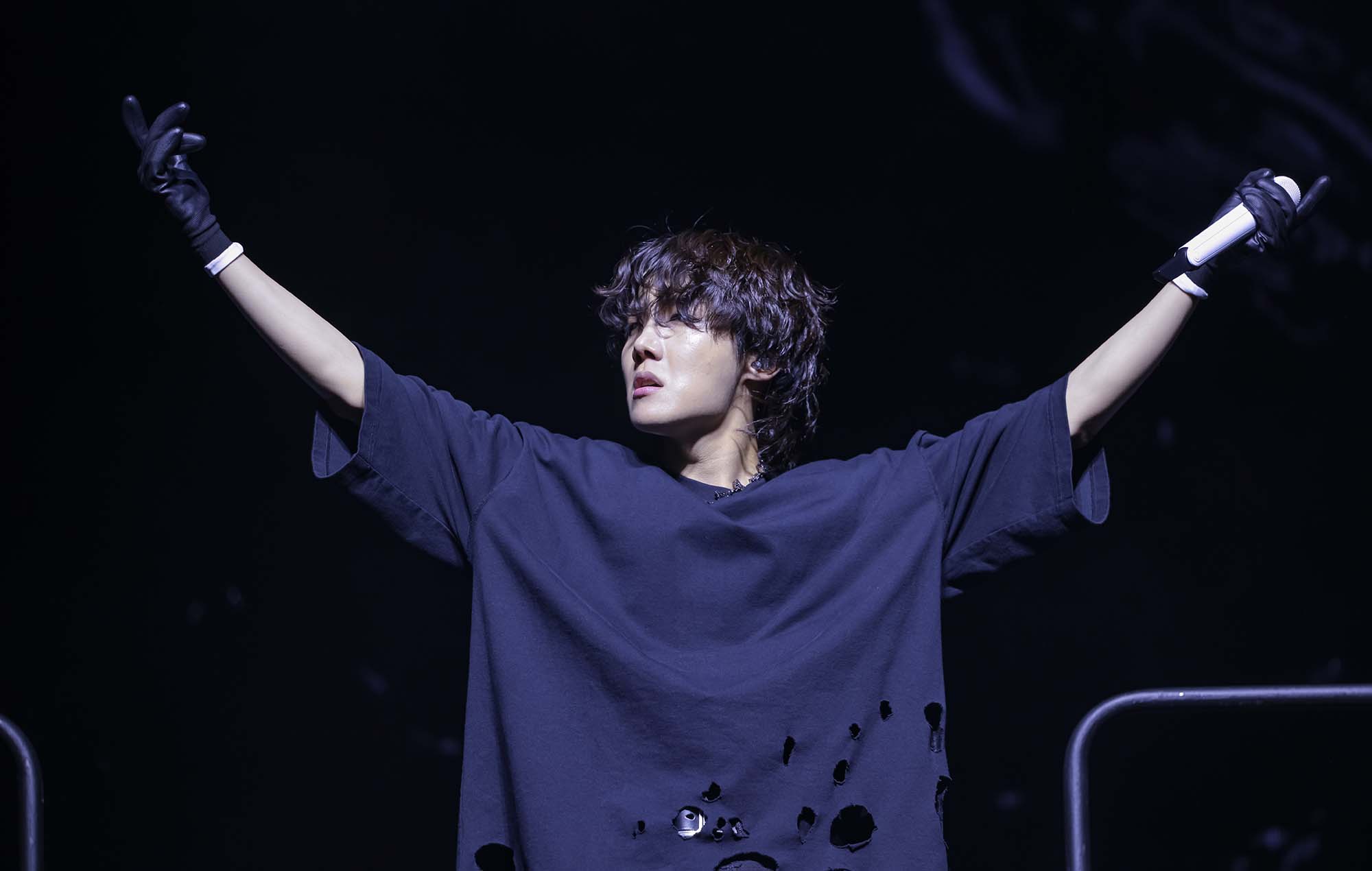 J-hope talks ‘Jack In The Box’, headlining Lollapalooza, and what’s next for BTS

J-hope spoke to NME backstage at Lollapalooza 2022 and told us how it feels to be the first South Korean artist to headline a major US festival, what it’s like to have fans supporting his first solo album, and what’s next for BTS. Watch our interview with J-hope above.

A day before his historical headline set, the BTS rapper told us playing the festival was a “super super meaning moment” but that he also thought doing it as a solo artist was special.

“Me being the first South Korean headliner of a major US festival, but also J-hope’s musical journey,” he told NME. “I also think [that’s] a meaningful moment, and it’s very clear that it’s a meaningful moment. That is why I prepared really hard for this set. I’m sure you can look forward to the performance as well, because I’ve prepared a lot of things so the audience wouldn’t feel bored at all.”

The global star also talked about his chart-topping album, ‘Jack In The Box‘, and what it was like to get such a positive reaction to his first solo project.

“I was a bit worried at first, because ‘Jack In The Box’ album contains my story and what I really wanted to do,” he said. “There were so many people that actually listened and reacted to my music and my genuine stories, so I’m grateful for that.

“I realized there are so many people who would listen to and enjoy my album that conveys my own story, I’m very grateful and feel motivated. So, for those who supported my music, I want to try many different things with my music, and show them all going forward.”

J-hope also talked to NME about not only his future plans, but future plans for his band BTS.

“I learned a lot as a solo artists,” he said. “I think I will continue to grow through this album. I’d like to show even better music through my solo projects. This experience has given me a positive influence overall.”

He added: “Not only that, BTS will hold a big concert in Busan in October and we’re getting ready for that, so please look forward to that concert as well.”

J-hope headlined the final night of Lollapaloza on Sunday July 31, marking the first time in history that a South Korean artist headlined a major US festival.

The 28-year-old’s set on the Bud Light Seltzer stage followed the release of his debut solo album, ‘Jack In The Box’. Boasting the singles ‘MORE’ and ‘Arson’, a five-star review saw the effort lauded by NME‘s Rhian Daly as “thought-provoking and full of fresh new flavour”.