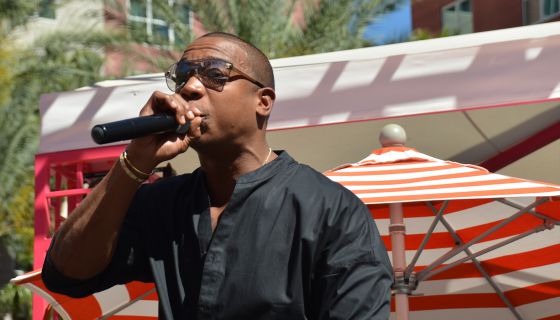 Ja Rule took the time to speak up for New Yorkers recently in a protest against New York City Housing Authority (NYCHA).

, 80% NYCHA’s public housing residents lost heat or hot water at some point this past winter. At a rally outside City Hall, Ja Rule joined council members Ritchie Torres, Alicka Ampry-Samuel, and other protestors to express their outrage. “City Hall, New York City, the mayor, the governor, they should all be ashamed themselves,” Ja Rule said. “These are Americans, New Yorkers living in third-world conditions, and it should not be this way.”

Ja Rule, who grew up in Hollis, Queens, continued, “I know what it’s like to not have heat, not have water, be evicted from my home.”

Protestors are demanding more funding for public housing fixes. “Let’s shut the city down. We ain’t paying no more rent until these situations are dealt with,” Ja Rule said. “No heat, no hot water — no money, no rent.”

Seems like the “Always on Time” rapper isn’t playing games. The current budget for boiling and heating improvements in public housing is $200 million, but protestors are saying that’s not enough. They say they will continue to put pressure on NYCHA, New York City Mayor Bill de Blasio and New York Governor Andrew Cuomo until their demands are met.

You can check out more what Ja Rule had to say in the clips below.