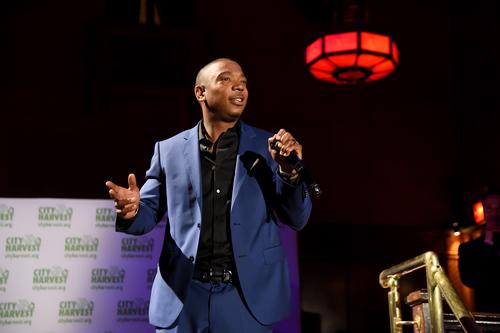 Even though it’s Valentines Day, that’s not stopping Ja Rule & 50 Cent from sending some shade at one another. Earlier today, 50 Cent kicked things f by sending out a hilarious meme making fun Ja Rule, with it saying “Ja Rule’s kids asking him for the 100th time if they could watch Power,” while footage Power’s Ghost screaming “Nooo” is played. While the meme was a relatively light jab from 50 Cent in comparison to his previous shots, it was enough to warrant a response from Ja Rule this afternoon.

Hours later, Ja Rule decided to hop on Instagram & remind Fif a quote that his son, Marquise, had said about listening to Ja Rule growing up. The quote read, “Ja Rule was probably one the first to Sing and rap] and I listen to a lot Ja Rule because that,” meanwhile Rule left the caption “Glad I was able to inspire you and your dad.”

The quote was taken from an interview 50 Cent’s son, Marquise, did last February with Rap-Up, where he talked about being influenced by Ja Rule growing up.

“But as far as I can go back into my mental rolodex, Ja Rule was probably one the first to do it and I listen to a lot Ja Rule because that. So, it’s more like tapping into both. It’s like a history book. You’re able to get things now that you don’t think about but when you go in the history books and you look back, you realize, “I’m into this because this. Somebody else opened that door.” So I feel like it’s only right that you know why you’re able to do certain things today and why it’s cool to do certain things today,” Marquise said talking about being influenced by the 2000’s & today’s work.

As always, we’ll keep you posted on their on-going feud moving forward. In the meantime, look out 50 Cent’s “Crazy” new song to be coming soon.