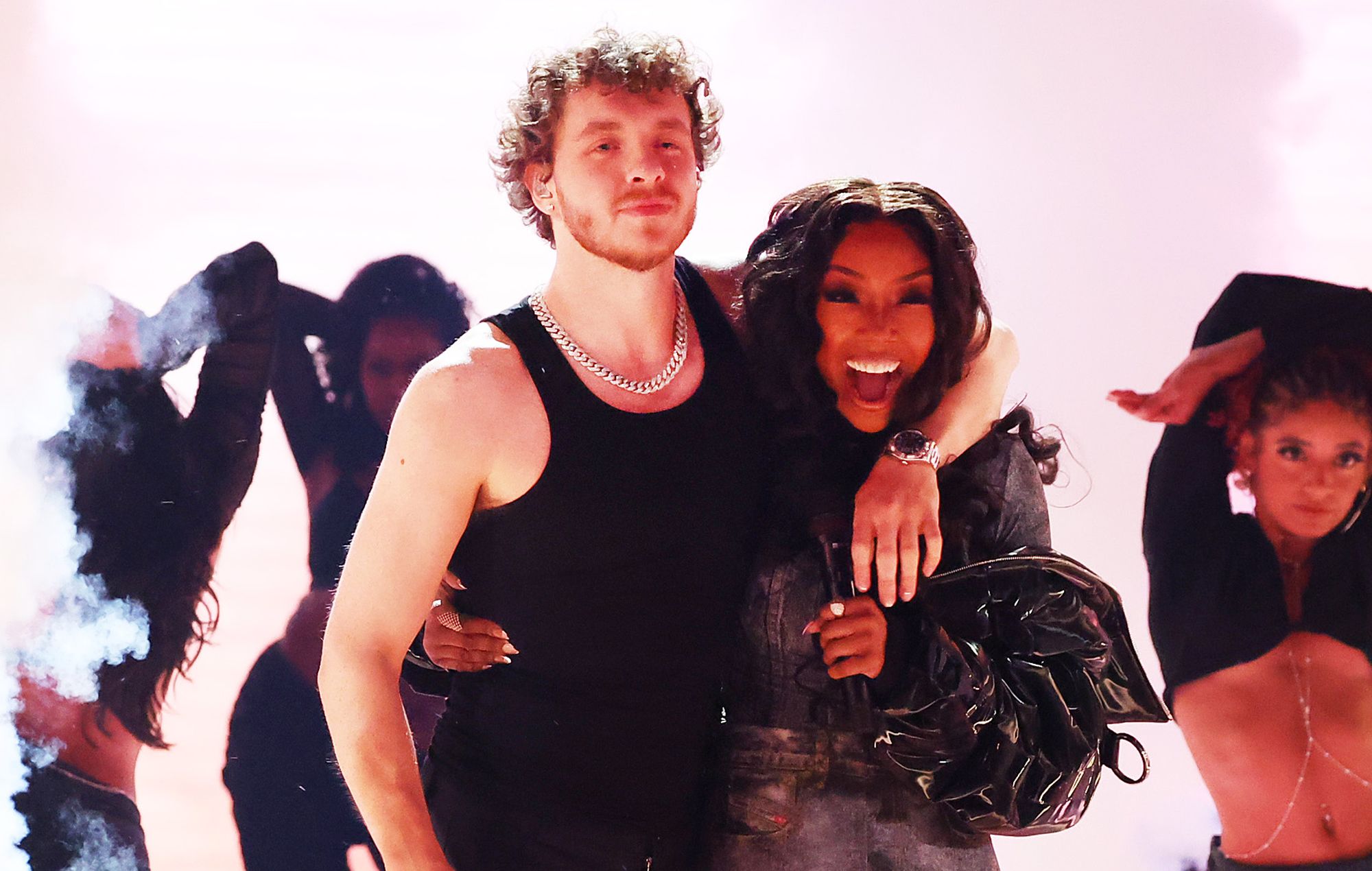 Jack Harlow put on a star-studded BET Awards 2022 performance, including a guest spot from Brandy on his single ‘First Class’.

The Louisville rapper took to the stage at the June 26 ceremony, kicking off his performance of ‘Come Home The Kids Miss You’ cut ‘Poison’ with DJ Drama manning the decks. Lil Wayne also made an appearance to deliver his verse before making way for Harlow’s second and final song of the set, ‘First Class’.

Proceeding to perform most of the song solo with the help of energetic backup dancers, Harlow surprised the crowd when he brought out Brandy to deliver the playful freestyle diss that she wrote and performed over ‘First Class’ last month.

Harlow and Brandy shared a hug at the end of the performance, which can be seen below.

Jack Harlow really just brought out Brandy at the #BETAwards and Ray J was HYPE 😂😭pic.twitter.com/01DbQ2nkPE

Brandy’s freestyle came about after Harlow wasn’t able to identify her 1998 song ‘Angel In Disguise’ in a radio interview on Hot 97 in May, where he also revealed he didn’t know Brandy and Ray J were siblings.

Brandy then tweeted that she would “murk this dude in rap at 43 on his own beats then sing [his] ass to sleep” in reply to a viral video of Harlow’s Hot 97 appearance. “Living legend, did I mention my resumé is amazing / The game need a breath of fresh air and I’m breathtaking,” she rapped on the freestyle, which was posted on Hot 97’s SoundCloud.

Brandy thanked Harlow for bringing her out onstage after the show, which she called a “dream come true”. On Instagram, she shared a photo of her, Harlow and Lil Wayne, writing in the caption: “Jack, thank you for such an amazing opportunity. Love for life.”

Elsewhere at the BET Awards, Lizzo performed her latest single ‘About Damn Time’ and Kanye West made a surprise appearance to present Diddy with a Lifetime Achievement Award. Janelle Monáe also addressed the recent overturning of Roe v Wade while presenting the award for Best Female R&B/Pop Artist, saying “Fuck you, Supreme Court.”

Harlow dropped ‘First Class’ in April as the second single from his second studio album ‘Come Home The Kids Miss You’, following ‘Nail Tech’ in February. The follow-up to 2020’s ‘That’s What They All Say’ would go on to be released in May.

In a three-star review, NME‘s Kyann-Sian Williams said that while the album shows Harlow’s penchant for “straight bars, a feat [he] proves he’s great at”, “the record doesn’t feature a bunch of seminal tracks, instead packing filler between his knockout singles such as ‘First Class’. You’ll find a gem or two here and there, but this collection’s longevity is “questionable”.