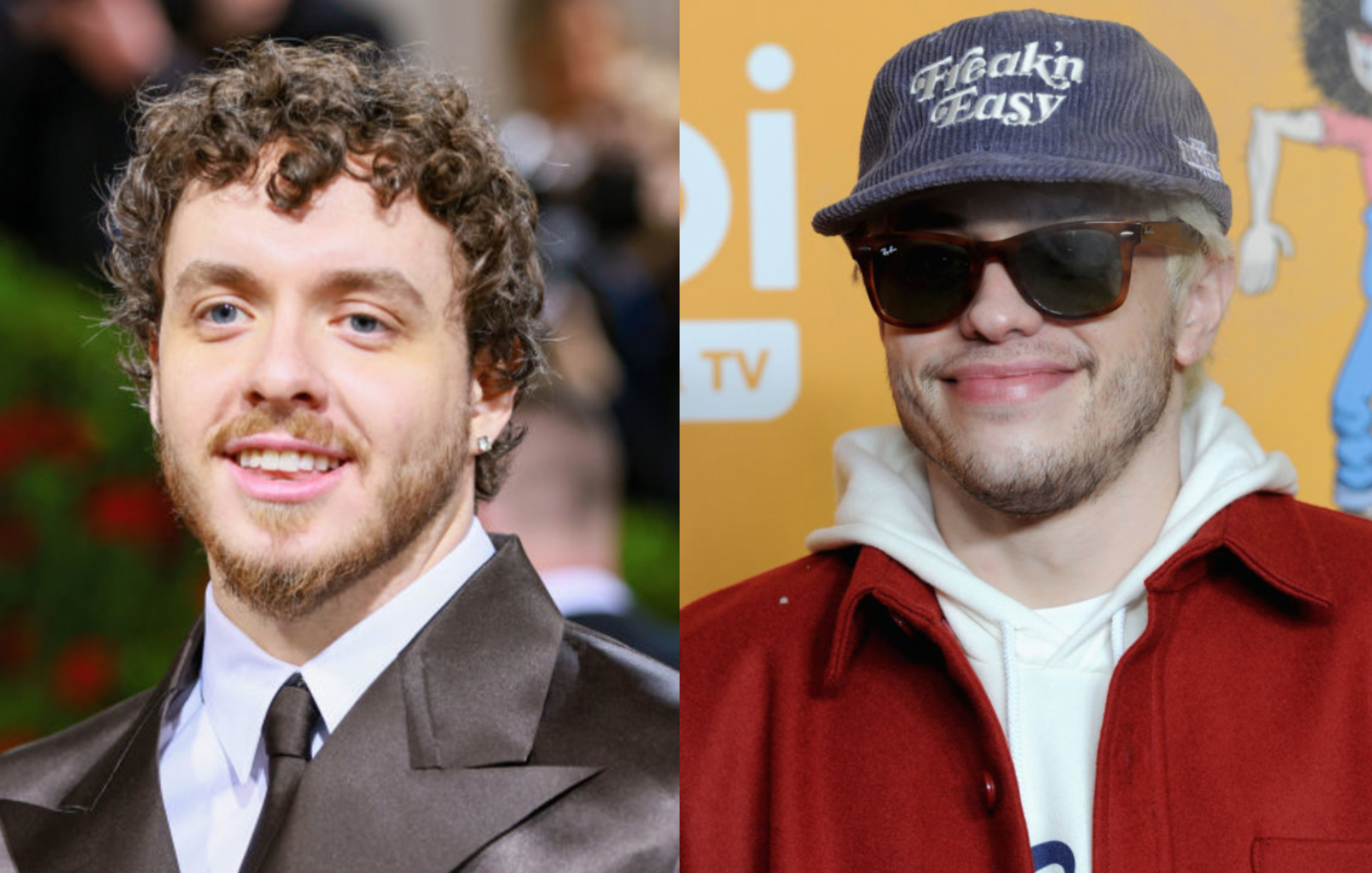 Jack Harlow has spoken about his friendship with Pete Davidson in a new mini-essay for Time magazine.

The rapper’s friendship with the comedian started on a FaceTime call, and over the past couple of years they’ve collaborated on a number of things including a Saturday Night Live sketch about NFTs.

Davidson – who recently left SNL after seven seasons – has been named one of Time‘s 100 Most Influential People, and along with the accolade came praise from Harlow, who also walked readers down memory lane.

“My first introduction to Pete Davidson was a Comedy Central roast of Justin Bieber,” Harlow wrote. “I was a junior in high school at the time, and I had never seen or heard of him. He got to the mic, made a joke about his own dad dying during 9/11, and I immediately knew he was a different breed.”

Going on to explain how he and Davidson met, the ‘First Class’ hitmaker recalled: “A couple years ago, I was on FaceTime with a girl who said she and her friend were with someone who wanted to meet me. She passed the phone, and suddenly I was looking at Pete Davidson. He told me we had to meet. I agreed.

“After a few months of knowing each other (but never meeting), Pete successfully pushed to get me on SNL, which was a genuine dream come true for me and my family. I grew up watching the show with them and got to bring them on set. My mom was in tears. The night before the show, I went over to Pete’s apartment and he made my friend and me laugh until our stomachs hurt. I felt like I was experiencing elite comedy up close and personal.”

Harlow then talked about Davidson’s global appeal and how he “doesn’t try to hide the person that he is”.

“I would consider myself truthful, but being around Pete makes me want to continue to reach even further for the realest version of myself,” Harlow wrote. “We don’t have another one of him. He’s daring, thoughtful, and simply hilarious. And he’s only 28. An icon with so much more left to accomplish.”

“People ask does that bother me? No. He’s a rapper, that’s his field. That’s what they do” explained Davidson. “That doesn’t hurt my feelings. It would hurt my feelings if I saw (comedian) Bill Burr at Sunday Service.”

In January, Davidson made a surprise appearance at one of Harlow’s shows in Los Angeles.

The former SNL comedian joined Harlow on stage for a brief appearance, taking the mic to help the rapper deliver a version of his 2021 track ‘SUVs (Black on Black)’. The pair swapped lines on the track, which originally featured guest vocals from Pooh Shiesty.

Meanwhile, in one of Pete Davidson‘s final sketches for Saturday Night Live, the comedian called upon Eminem to help pay tribute to the show’s creator Lorne Michaels.

Flipping Dr. Dre and Eminem’s 2000 hit ‘Forgot About Dre’ into ‘Forgot About Lorne’, Davidson – using deepfake technology – paid tribute to Michaels’ legacy while namechecking a number of past cast members that went to become household names because of Michaels.