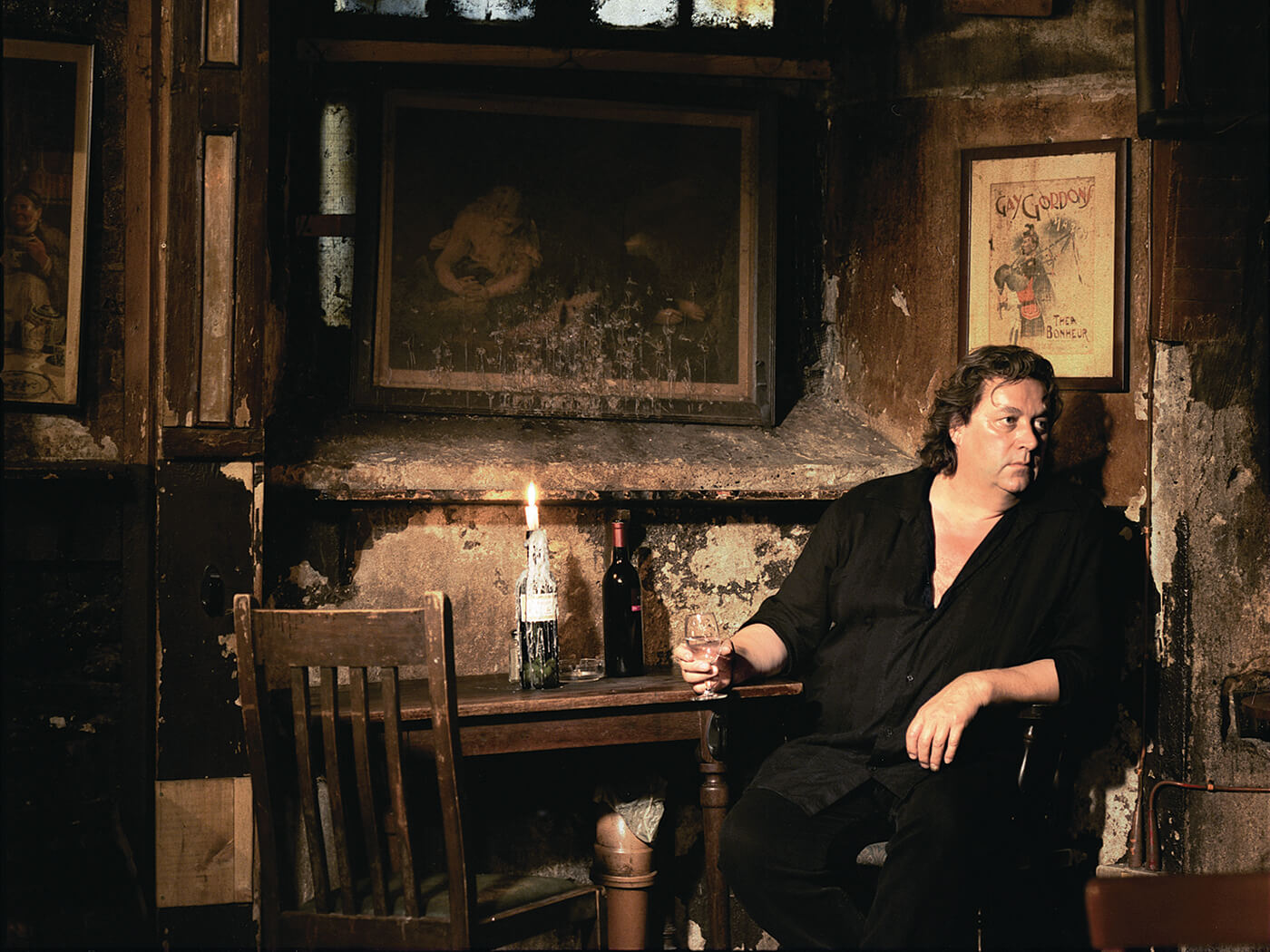 Revelations come from the most unexpected corners. For Michael Kasparis, who runs Glasgow’s Night School imprint, the keys to the kingdom of late Scottish songwriter Jackie Leven were gifted to him by friend and label artist Molly Nilsson. “I instantly knew I was listening to a miracle,” Nilsson writes in the liner notes to Straight Outta Caledonia, of her first encounter with Leven’s music. “The best song ever written.”That song, “The Sexual Loneliness Of Jesus Christ, long considered one of Leven’s greatest, leads Straight Outta Caledonia. The experience of hearing the song for the first time was so profound for Kasparis that he almost crashed his car.

That’s a familiar story. But it makes sense – Leven’s always been an artist who engendered strong responses in listeners. Of course, there’s also something grimly compelling about Leven’s backstory. First finding attention as a member of the punk-adjacent Doll By Doll, he survived a mid-’80s mugging that damaged his larynx, but turned to heroin addiction; after kicking his habit, he formed The Core Trust, an organisation that treated addicts. There was a short stint with ex-Sex Pistol Glen Matlock in Concrete Bulletproof Invisible, but the shackles really seemed to come off in 1994, when Leven’s solo career started properly via a string of quixotic, magical albums. Releasing more than 20 albums since then, his seemingly endless fount of song ended when he succumbed to cancer in 2011.

It feels reductive, though, to use Leven’s autobiography to explain the statuesque, yet deeply human songs he wrote. Straight Outta Caledonia does a great job of introducing you to the multiple sides of Leven – the questing troubadour, reeling out visions as infinite horizons, in The Sexual Loneliness Of Jesus Christ; the intimate folk singer, a near-direct lineage from figures such as Dick Gaughan, in Poortoun; the deeply felt (inter)personal admissions of songs like Single Father and Heartsick Land; the soul swaggerof Irresistible Romance. “Leven’s songs always sound so full to me, fit to burst,” says Kasparis. “Full of comedy, sadness, several lives lived in one, full of love… He never leaves anything out when he’s writing or delivering the song.”

Some might have trouble with the ’90s tinges in the production on some of these performances. In lesser hands, with a lesser songwriter, it’d date the material, strand it in its era. In Leven’s case, however, it gives the songs a spectrality, a peculiar, flickering radiance, that this burly, imposing character, a voice like liquid mercury trapped in jagged basalt, can harness such intimacies from this base material. But it’s also a world-warping voice, as the litany of cities in Irresistible Romance tells us. Yet Leven always returns, ever loving, to his Kingdom of Fife.