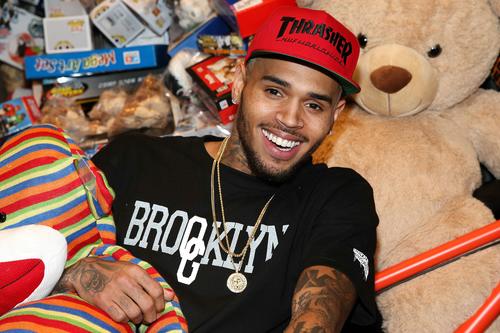 Jacquees And Chris Brown Are Dropping A Mixtape Together

Last year, it seemed as if rappers were feeling the collaborative spirit, even moreso than usual. Artists like Future and Young Thug, Big Sean and Metro Boomin, Offset and 21 Savage dropped some solid projects, but the RnB game was sorely lacking in that department. Luckily, it would seem like that’s about to change. Yesterday, Chris Brown previewed what sounded like a banger on his Instagram page, showcasing himself and Jacquees vibing out in the studio. Fans were eager to note the video’s caption, which tagged Jacquees and claimed “we gone fuck this r&b shit up.” Now, Jacquees has added even more fuel to the fire with a massive announcement.

RELATED: Chris Brown Forced To Give Up Pet Monkey; Could Face Possible Charges

Jacquees and Chris Brown are planning on releasing a mixtape together. There’s no word on when it might be coming, but it’s evident that the pair are hard at work in the studio, letting the creativity flow; clearly the sessions are proving fruitful, if they managed to knock out enough material for a mixtape. The feat is even more impressive when you consider Chris Brown’s massive 2017 campaign, which saw him release longest-album–all-time contender Heartbreak On A Full Moon, clocking in at a gargantuan forty tracks in total. Suffice it to say, the man has a lot music left in his heart.

RELATED: Jacquees Comes Through With The RnB Vibes For HNHH Freestyle Session

We’ll be sure to keep you posted on any further developments surrounding this project, but for now, check out a preview their upcoming banger below. Is this collaborative mixtape something you might be interested in? Sound f below.