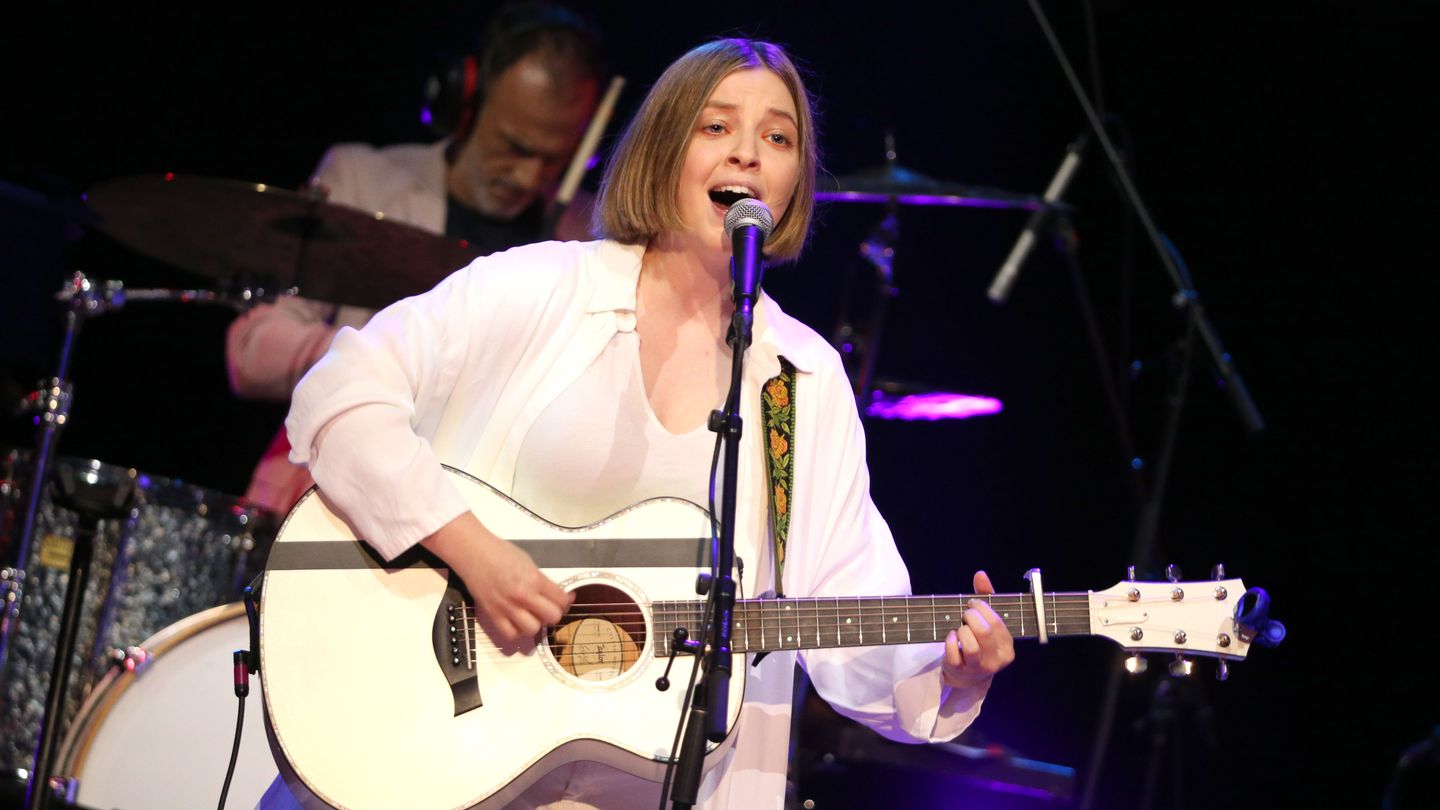 Jade Bird didn’t want to make a country album. The English-born, Austin-based singer-songwriter known for her big voice and strummy pop-Americana songs wanted to follow up her 2019 self-titled project with a collection that felt true to how she’d evolved on tour. She also wanted to preserve her roots. “I’m a British girl,” Bird tells MTV News. “I’m into country, but I didn’t think that the songs I was writing were entirely country.”

What happened next challenged that notion. At the legendary RCA Studios in Nashville, she booked time with producer Dave Cobb, best known for his Grammy-winning work with Chris Stapleton and Brandi Carlile, as well as on the A Star Is Born soundtrack. All things aligned for, yes, a country album. “And then I get there and slowly find out Dave’s been in a Britpop band when he was a kid!” Bird says, referencing Cobb’s tenure with The Tender Idols in the 1990s. “[Cocteau Twins’s] Elizabeth Fraser was referenced, and even Iggy Pop was referenced at one point, even though that’s not British. Just the most niche, bizarre references to the Bee Gees. My fears were like — there wasn’t even a point to them.”

The result of Bird and Cobb’s vibrant collaboration is Different Kinds of Light, Bird’s incandescent sophomore album out tomorrow (August 13) that spans the Atlantic: It’s a Britpop album cloaked in Americana hallmarks. The combo yields an instantly charming collection that only glows warmer through its 43 minutes. Bird, 23, has embraced the soulful and rootsy elements of Southern American music since her early days, which makes her unabashed embrace of English melodicism feel like both a return to form and a bold new direction. It stems from years of globetrotting, the kind of nimbleness she eventually translated into making this alum in just over two weeks.

An army brat, Bird spent her childhood partially in Germany, Wales, and in both northern and southern England. She began writing songs around age 12, and by 14, she was gigging around after school. She eventually recorded a demo in a friend’s bathroom, which landed her a trip to the Catskill Mountain region of New York State, near Woodstock, to riff with Americana talent Simone Felice. Her warm, sparse first EP, 2017’s Something American, primarily spotlighted the Southern twang of Bird’s singing voice, further honed by sitting in on “very nurturing” Catskills sessions with musicians who’d previously backed up the likes of Jeff Buckley and St. Vincent.

By the time she made her single-stacked debut album two years later, Felice and co-producers wisely matched the bluster of Bird’s voice with bright drums and strummy acoustics high in the mix. The end result turned her vocals into a gale force, enough to blow infectious songs like “Lottery,” “Uh Huh,” and “Love Has All Been Done Before” into the realm of 42 million combined streams. But creating the album felt disjointed, with tracking sessions spread out over a year between tour dates.

She knew she needed a more holistic approach for album No. 2. So she went back to the Catskills in early 2020 looking for Felice’s barn, where she’d written some of those bright singles (“Lottery,” “Love Has All Been Done Before”) only to find he’d converted it and it was no longer usable as a writing space. “I was freaking out because I was like, I need that barn. I need that barn. And he was like, ‘No, man, you’re a superstitious freak.’ And he was completely right,” Bird says. She improvised. “I just found a shed down the road and ended up writing some of my favorite tunes.”

One of them, “Headstart,” set the tone for the new writing sessions by utilizing a formula that made Bird’s first LP so endearing: building an acoustic runway up to liftoff chorus. (It’s included on Different Kinds of Light as a bonus track.) But the differences are clear: Her voice lies in the middle of the mix, rubbing gently against both the live band and the room that housed them. This open sound set the tone for the entire recording process, completed partially during the pandemic in a series of complicated overseas sojourns to the United States that culminated with her completely relocating to Austin last November.

Once sessions began in Nashville, she began “chucking songs” at Cobb, she says, “to the point where we recorded about 10 songs, and Dave was like, ‘Hold on a minute. We need to sit down and work out how many bloody songs you’ve got.'” They spanned the disappearing men in her life (“Houdini”), a Bonnie and Clyde vision (“1994”), deception and confusion (“Trick Mirror”), and loving inspiration (“Now Is the Time”). All told, Different Kinds of Light boasts over a dozen cuts; to give them their due, Cobb recorded them to emphasize the live-performance elements as much as possible.

“I think to mess with the mix too much and [make it sound] not a live setting would just be inauthentic because it was so ridiculously live,” Bird says. “Every song was pretty much done in two or three takes, which freaked me out because I’m used to hammering every take, like, 20 times.”

The added breathing room provided by Cobb allows for some neat advancements. The chorus of “Now Is the Time,” which centers on maintaining optimism and altruism, finds Bird’s vocal in a game of tag with the lead guitar line, played by her partner Luke Prosser, about whom she wrote the song. Quite a few songs on the album are about him, she says, and like with Fleetwood Mac’s highly personal Rumours, their closeness gives the songs a “reality.” “We’ve always been reliant on each other in a personal sense, but in a professional sense, it really gives it some intimacy,” Bird says.

“Sometimes, you can’t quite connect because you don’t know what it’s about or you can’t quite get it, but it’s just so obvious when we play together. For me, it’s become really essential.” She waits, then smiles. “And when he bails on me for a festival gig, I’m very annoyed.” Their musical relationship is also on full display on a stunning cover of Radiohead’s “Black Star,” in the folky arrangement of Gillian Welch and David Rawlings, released a few months ago.

The Radiohead cover is telling. In 1995, the melodramatic and lovely “Black Star” found the band embracing Britpop sensibilities even as they began to bend them to their own idiosyncrasies. Likewise, over the past year, homespun Radiohead covers by Hayley Williams, Mxmtoon, Holly Humberstone, and Bird herself have re-centered the kinds of fragile yet soaring melodies that first made the genre an indelible force over 25 years ago. The refined song structure can be a far cry from the extended jamming that can overtake certain kinds of live acts that revel in the noise.

“I mean, that’s what Americans do,” Bird says. “I was chatting to my booking agent about [Kentucky folk/bluegrass artist] Tyler Childers. He played for four hours. I’m like, oh my God, how long are your songs?” Bird knows that’s not quite her lane. She’d rather be turning Felice’s upstate barn — or the shed — into her very own Brill Building, penning melodies after melody on an acoustic guitar and marching back to the studio with enough ideas to overwhelm her producer.