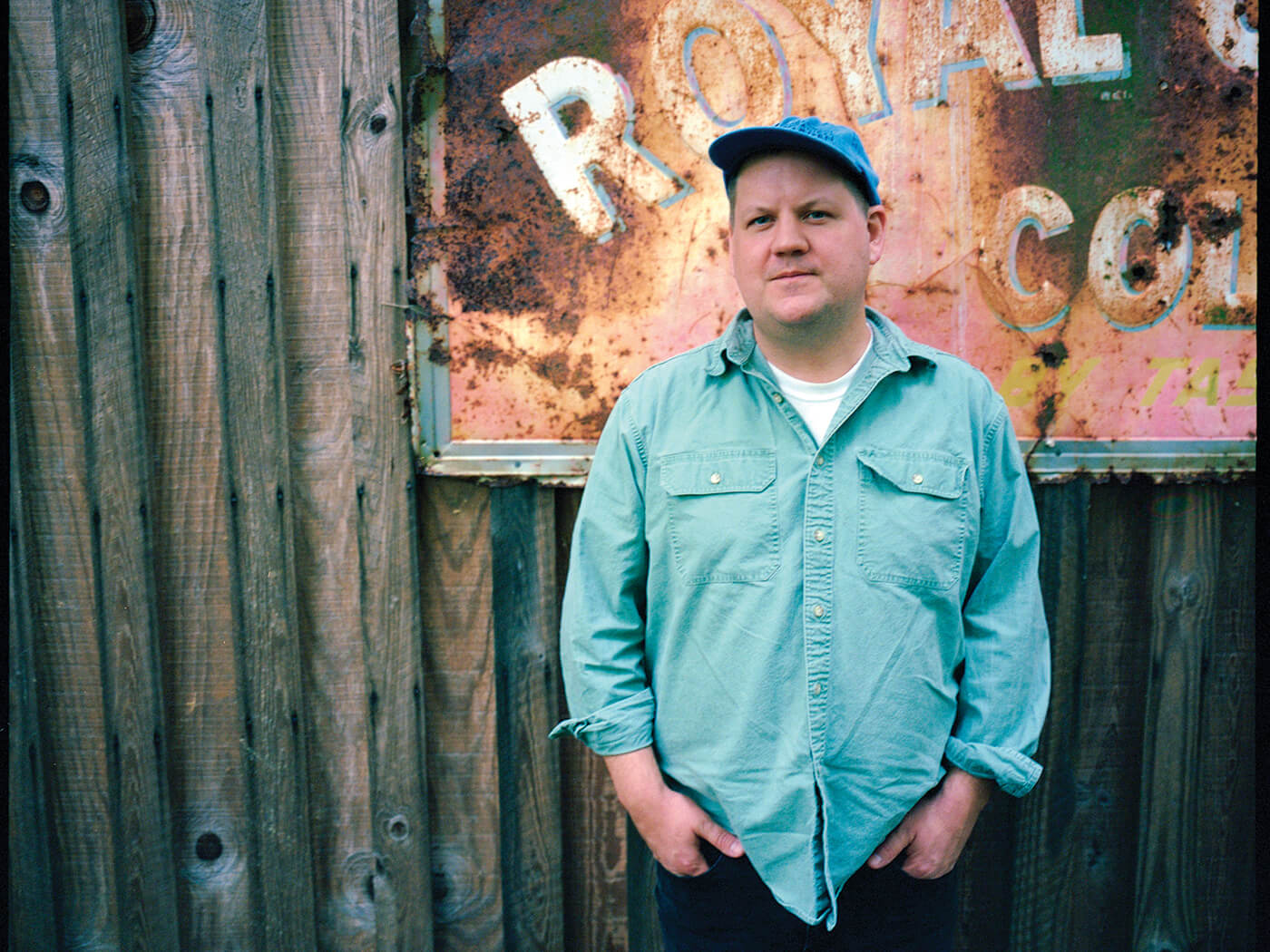 The centrepiece of Good And Green Again, the ingenious and soulful new album by North Carolina-based folk musician Jake Xerxes Fussell, is “The Golden Willow Tree”, an epic story-song about the sinking of a ship. Combining lyrics and melodies from various folk tunes – including a song by The Carter Family and another by a North Georgia singer named Paralee McCloud – it’s an intricate tale of maritime espionage, of courage and conspiracy, betrayal and comeuppance, told over a dozen swashbuckling verses. Fussell recounts a sailor’s offer to scuttle his own ship to win the favour of a rival captain, depicting the event in grave detail: “He had a little auger fit for the bore, and he bored nine holes in the bottom of the floor,” he sings, his robust voice sounding particularly downcast. “And sunk her in the low and lonesome water/And he sunk her in the lonesome sea.”

Those last two lines become the song’s primary refrain, growing more intensely regretful and melancholy with each repetition: as the sailor navigates the dark waters back to the captain, as he asks for his reward, and as he is double-crossed and thrown into that same “lonesome sea”. At nine minutes, “The Golden Willow Tree” is the longest song Fussell has ever recorded; not once, however, does it call attention to its length. Instead, the time flies by. He is a fine singer, a sharp guitarist, but most of all he’s a natural storyteller, drawing you into this unusual tale. The source material, along with some of the language and details, may be very old, but he makes it sound so very present tense, as though this sinking ship holds the key to understanding our current moment. And maybe it does: this is a song about the present falling away into the past, into
the “low and lonesome” sea of memory.

Good And Green Again is, at its heart, an album about loss. These nine songs are full of ships lost beneath the waves, burning mills that will never be rebuilt, men who march off to war never to return, and the lovers who pine for them. But it is, crucially, also an album about rebirth. The folks who wrote the songs that Fussell uses for raw material understood that humanity must die and buildings must crumble so that new generations and new monuments can take their place. And Fussell understands that he is engaging in a similar process by combining those songs in new ways and singing them in the 21st century, highlighting folk music’s potential as an endlessly renewable resource. For him a song is no older than the last time it was sung. His fifth album, Good And Green Again is his most thoughtful, his most eloquent, and his most poignant explication of this idea.

Fussell was working towards this album long before he was a recording artist. The son of academics who took their children along on research trips around the county, the Georgia native learned to play guitar by listening to old 78s by Blind Boy Fuller, Rev Gary Davis and Mississippi John Hurt, and as a teenager he took his first guitar lessons from Precious Bryant – a blues artist who had been recorded by the renowned historian (and Fussell family friend) George Mitchell in the late 1960s and who just happened to live down the street. He developed a keen interest in the family business, eventually studying folklore at Ole Miss and doing important work in the Mississippi Delta. In the early 2010s he moved east to North Carolina, where he found a community of likeminded artists including Nathan Bowles, Hiss Golden Messenger’s MC Taylor, and Joe O’Connell (Elephant Micah). Recorded between tours supporting Joan Shelley and gospel greats The Como Mamas, his albums – starting with his 2015 self-titled debut – reveal him to be many things all at once. Fussell is a snappy, unshowy guitar player whose crisp picking adds flair to the occasionally odd imagery of his reclaimed lyrics, a song collector with unimpeachable taste as well as a thorough knowledge of the American folk catalogue, and in particular a singer whose voice is robust yet gentle, always conveying the humanity of the songs he sings.

To helm Good And Green Again, Fussell conscripted his friend and occasional tourmate James Elkington, who has produced his own solo albums (also for Paradise Of Bachelors) as well as Shelley’s excellent Like The River Loves The Sea from 2019. Recording at Overdub Lane, a small studio near Fussell’s home in Durham, they corralled a crew of musicians to bring the songs to life, including bassist Casey Toll (HC McEntire, Skylar Gudasz) and drummer Joe Westerlund (Grandma Sparrow, Megafaun). Bonnie “Prince” Billy sings along on opener “Love Farewell”, his voice slightly distorted as though concerned about taking any attention away from Fussell. But the heroes of this album might be the horns, a relatively unprecedented sound on a Fussell album. They add a funereal gravity to “Carriebelle” and a curious dignity to closer “Washington”, unobtrusive but still evocative.

Elkington somehow makes this set of songs sound even more intimate and immediate than previous collections, adding flourishes of horns and fiddle here and there but also emphasising the crests and waves in Fussell’s voice. You can hear his every sigh and breath on “Rolling Mills Are Burning Down”, his voice holding certain syllables (“darlinnnnnnnn’’’) to evoke a palpable and relatable sense of regret and resignation. “Love Farewell” is a masterclass on the power of a sustained note, as he holds his notes and hollows out the vowels. It gives the song a meditative quality, yet he still manages to navigate the playful hook with wry jubilation.

As “The Golden Willow Tree” closes its epic at the bottom of the sea, Fussell slides slyly into the jumpier rhythms of “In Florida”, one of three instrumentals he composed for Good And Green Again. This is his first album to include his own compositions, none of which feature vocals: not only does he not consider himself a songwriter, but he wanted those instrumentals to lighten and liven the album up. And they do. With its gangly barnyard riff and reeling fiddle runs, “What Did The Hen Duck Say To The Drake?” gives him a chance to show off his picking skills, and Fussell plays every lick like it’s the punchline to the title. “Frolic” sounds like the memory of a play song he might have heard growing up, such that it becomes less about a game and more about the memory of a sweeter time.

There is something comfortable in the sturdy humanity of all of Fussell’s records, but especially this one – something reassuring about the idea, passed down through generations, that from loss comes gain, from death rebirth. It might be tempting to chalk it up to the pandemic; after all, he recorded the album in late 2020, when vaccines were just becoming a reality after long months of lockdown. But the humble hopefulness conveyed by these songs would have come through no matter the circumstances. They speak to a big-hearted artist marking the exciting and heartbreaking passage of time through old songs and now some new ones, too.