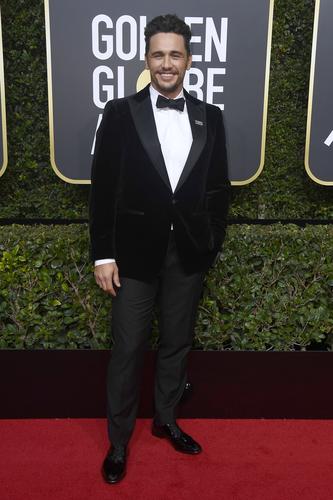 This year’s annual Golden Globes was one that shed a lot light on the already existing epidemic in Hollywood surrounding women’s rights and the number ladies who have stepped forward with their stories being raped, sexually assaulted or inappropriately approached.

When the attendees at this past weekend’s ceremony wore black as a silent movement to stand together against sexual harassment – as well as wearing a pin that read “Time’s Up” – one actor’s efforts to join in was not taken lightly.

Actress Violet Paley tweeted her distaste with James Franco wearing the pin, considering he had committed acts that the whole movement is against.

Breakfast Club star Ally Sheedy shared a number  since-deleted tweets directed at James that read, “James Franco just won. Please never ask me why I left the film/TV business,” adding “Why is a man hosting? Why is James Franco allowed in? Said too much.”

James has yet to follow-up on these accusations.