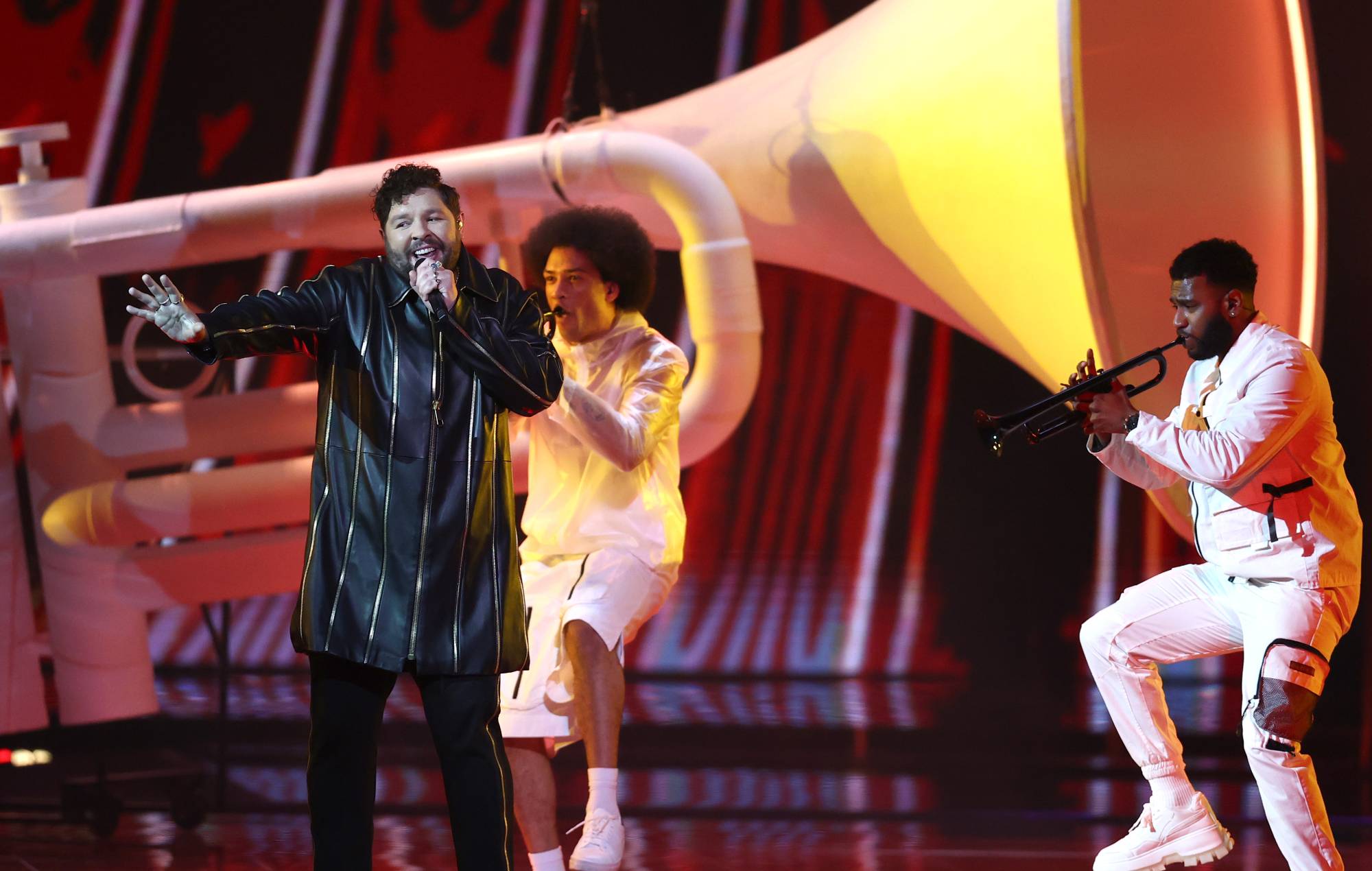 James Newman has said that he wants to “focus on the positives” after scoring a dismal nil points in the Eurovision Song Contest 2021.

The singer, who represented the UK with his upbeat, self-penned track ‘Embers’, was the only contestant at Eurovision this year to score zero points from the jury and public votes.

It marked the fifth time that the UK has finished last, and only the second time with a total points wipe-out – the previous being in 2003 when Jemini performed ‘Cry Baby’.

Reflecting on his Eurovision experience, Newman wrote on Twitter this morning (May 24): “I want to focus on the positives of this amazing experience. I stood on a stage and sang to hundreds of millions of people with a song that I wrote and love.

“I’ve learnt so much from the amazing people who gave everything to help me live my dream, the dancers, my choreographer, my vocal coach, everyone from my label, my manager and the BBC, and all the people behind the scenes at Eurovision and the arena.

“All these people are the best in the business and I got the chance to work with them and share this crazy experience that I’m so lucky to have the chance to do.”

“Thank you to all the amazing dedicated fans who have supported me through the whole thing, made it all worth it. Because at the end of the day they are the people who you do this all for.”

Despite the dismal showing Newman was seen in good spirits on the night, drinking beer and revelling in applause as the result was confirmed.

He added: “I just want to say a huge massive thank you from the bottom of my heart to everyone who has been on this journey with me, supported me, listened to my music and filled my life with positivity and love.

“The times when it doesn’t play out how you hoped it might, teach you how to pick yourself up and be stronger x.”

This year’s Eurovision was won by the Italian band Maneskin, who scored 524 points at Rotterdam’s Ahoy Arena with their song ‘Zitti e buoni’.

But their win was overshadowed by controversy, with singer Damiano David agreeing to take a voluntary drug test after being accused of snorting cocaine at this year’s ceremony.

David was accused of taking drugs in the green room following the release of a viral video clip that appeared to show him leaning his head over a table.


This year’s Eurovision Song Contest was attended by 3,500 fans as part of the Dutch government’s trial for the safe resumption of live events.