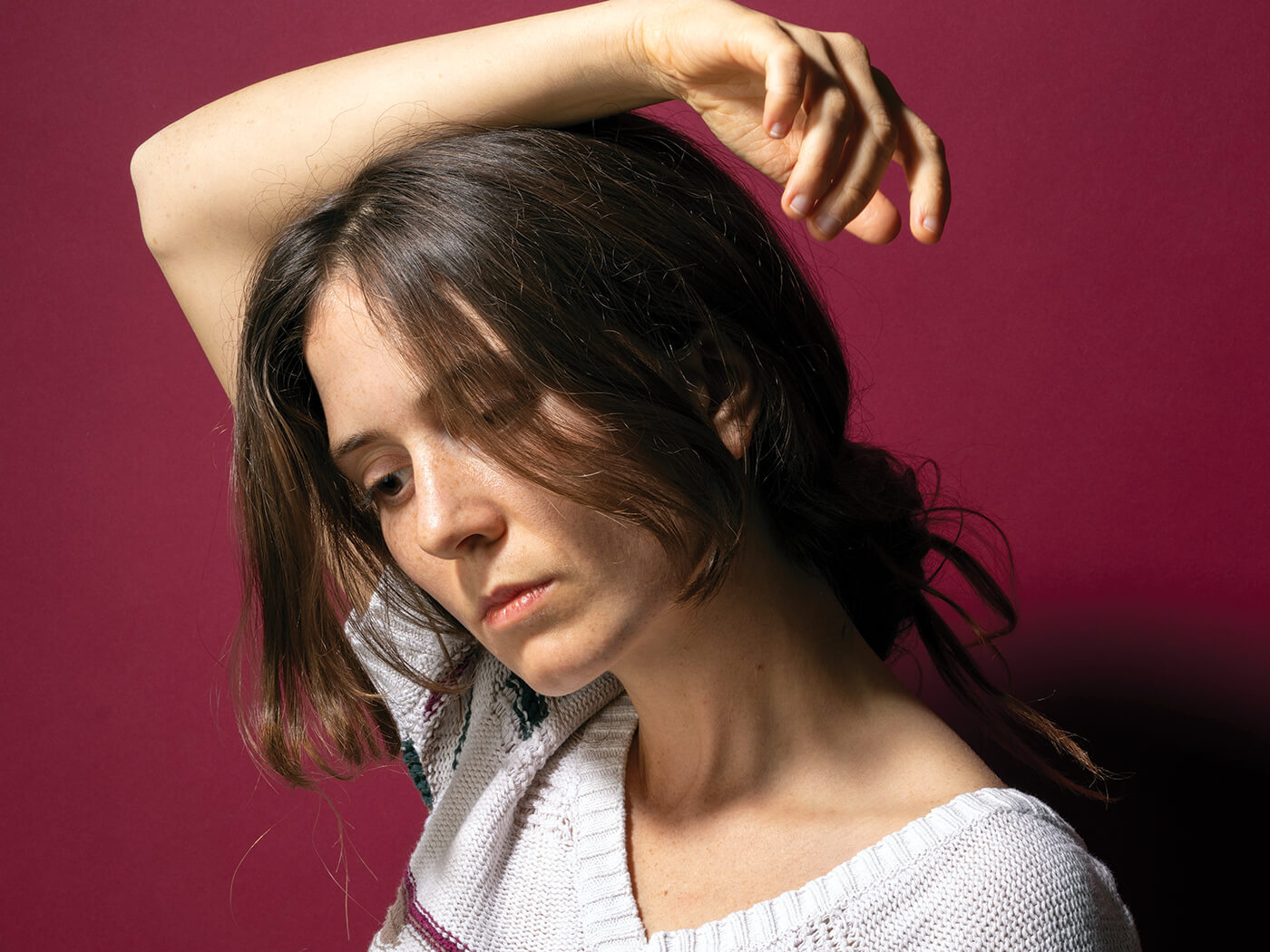 It seems simple enough on the surface. “Baby, there ain’t no clouds,” Jana Horn sings blithely on the title track of her debut album, voice as clear as a mountain stream. “Baby, there ain’t no crying, or figuring this thing out”. However, for all of the promise of blue skies, sunshine and one-word answers, there’s something profoundly inscrutable about Optimism, a curious deep-fake ‘folk’ record which smacks of Broadcast, hippy Donovan, Julia Holter, Syd Barrett and the more wistful bits of The Cure while retaining an odd, metallic taste entirely of its own. By the time you’ve realised that her pond has no bottom, it’s already too late.

Raised in a strict Baptist household in Glen Rose, not too far from Dallas, Horn tells Uncut that her only significant childhood exposure to pop was Michael Jackson’s Greatest Hits, a bit of Queen and a spell playing bass drum in her school marching band. However, she embraced local psychedelic-country culture after a move to bohemian Austin in her late teens and started to make music of her own.

Having abandoned a first effort at a solo album, she returned to the studio in 2018 with local weirdniks Knife In The Water as her backing band and laid down 10 tracks, finally releasing them privately in the depths of lockdown. No Quarter Records boss Mike Quinn – best known for releasing work by Nathan Salsburg, Joan Shelley, Sam Coomes and Endless Boogie – happened upon Optimism soon after, he tells Uncut: “I blindly stumbled upon it while clicking around on Bandcamp. Blew me away.”

If Horn’s quietly piercing voice (and some of the most sinuous bass-playing this side of Forever Changes) explains some of that leftfield wow factor, Optimism’s greatest strength lies in how it manages to turn twenty-something relationship angst inside out, striding absent-mindedly through the language of the love song to feel for the delicious nothing that lies beyond. As Horn sings on the slightly windswept “A Good Thing”: “There is no end to the lines that you’ll cross when you can’t see them”. The way Horn explains it, her songwriting is a matter of unfocusing her mind and seeing what happens; “it’s just a process of being open and available and not trying too hard,” the 28-year-old tells Uncut. It’s possible to discern where some of her lyrical adventures start – a night in with the cat on the gaunt “Tonight”, a trip out of town on the unabashedly blissed-out “Driving” – but it’s rarely apparent quite how they end. “What are we watching?” she asks on the sleepy “Man Meandering”, a question about TV choices that scratches at the fabric of the cosmos, while the clippy-clop of “Changing Lives” goes from Garfield-style “I hate mornings” ennui to a tentative bit of theology (“what God is not, he is”).

All these glitches in the matrix coalesce into something more profoundly unsettling on “Jordan”, which started out as a break-up song but morphed into a nightmarish quasi-biblical epic. Horn’s male avatar is sent from home in Galilee to meet “a man who is so dark, he has black bullets in his hands”, with the hope of warding off “the greatest bomb” which has been planted “to sort out the unclean”. It’s a mad jumble, a forced march through alien lands set to an ominous bass thud and unsettling Stereolab lava lamp noise, which ends in death or salvation, or both, or neither.

The adventure, though, is what matters; opening the door, daring to go further. Optimism’s sleepy horns and electric pianos lend it an outward resemblance to the works of contemporary retro-futurists like Jessica Pratt or Cate Le Bon, but perhaps its strongest resonance is with Joni Mitchell’s 1968 debut, Song To A Seagull, another record which worried at the seams of romantic song, stripping out emotional clutter, spectrally aware that more profound forces might be at play.

Made for uncertain times, Optimism is funny, clever and elegant, but it’s not a record that seeks approval or constructs a tidy narrative. It ends with the near a cappella “When I Go Down Into That Night”, Horn venturing deeper into delicious abstraction. “When I go down into that night, and there’s no hope in the plan, and I can barely see my feet, will you meet me where I stand?” she asks. The ground that she walks on is treacherous, maybe even non-existent, but Optimism plots an intriguing course away from the everyday. Tread carefully and follow.