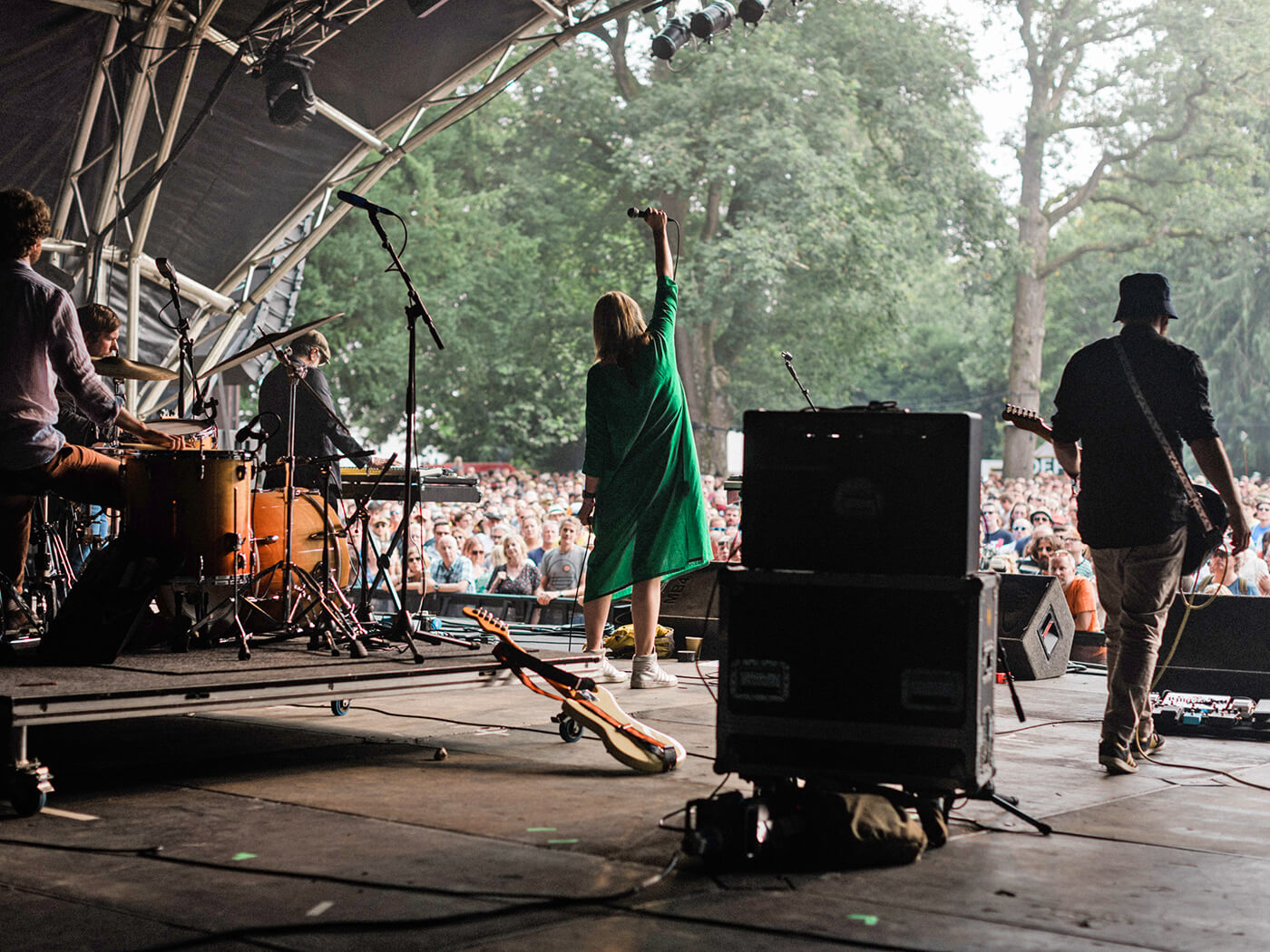 Around late afternoon on Saturday, End Of The Road enters its most suggestive state. By now it’s usually had its cerebral cortex prised wide open by some unhinged psych, massaged to a pulp by gentle alt-folk and mercilessly blended by avant jazz. It’s now palpable, submissive, ready for anything.

Enter Jane Weaver, Cheshire’s nightingale-voiced toast of psych folk. Over her two solo decades – culminating in this year’s acclaimed, poppy Flock – she’s built up an adventurous canon, making for a broad-reaching, if variable, EOTR hour. When she slips into funk grooves on the likes of “The Revolution Of Super Visions” she comes across as passable West Holts filler, albeit one attuned to intergalactic radio echo. But when unleashing her angelic trills on folk rock, vaporous prog or electropop tunes leaning towards Goldfrapp, she makes for the perfect mid-festival bliss-out. Even better, “Stages Of Phases” veers into chunky glam rock and when Weaver’s gauzy vocals merge with looping psych waves and motoric beats on “Modern Kosmology” and “I Need A Connection”, she dips a finger further into End Of The Road’s liquified Saturday psyche, and stirs.

Just how much can End Of The Road take? That depends very much on its reaction to the random collection of art-pop yelps, hiccups, growls and belches that constitute the voice of Ollie Judge, drummer and singer with Brighton’s Squid. Many – and they draw one of the Garden Stage’s biggest and most enthusiastic crowds of the weekend so far – find in it the same post-punk vivacity as This Heat or Gang Of Four. Prolonged exposure, however, starts to bring out its irritating edge, recalling Los Campesinos! aiming for those art-rock touchstones and hitting at best The Rapture and at worst Flowered Up.

The danger of every Squid song, then, is that the music – a similarly idiosyncratic clash of funk-punk, hypnotic noise squalls, elasticated guitars and cumulonimbus atmospherics – will draw you in, only for Judge’s vocal quirks to shunt you straight out. The effect is leavened by other band members contributing vocals too, but is only completely negated when the band build an almighty, overwhelming noise climax, as on “Narrator” and closer “Pamphlets”. Does it intrigue you? Yeah.