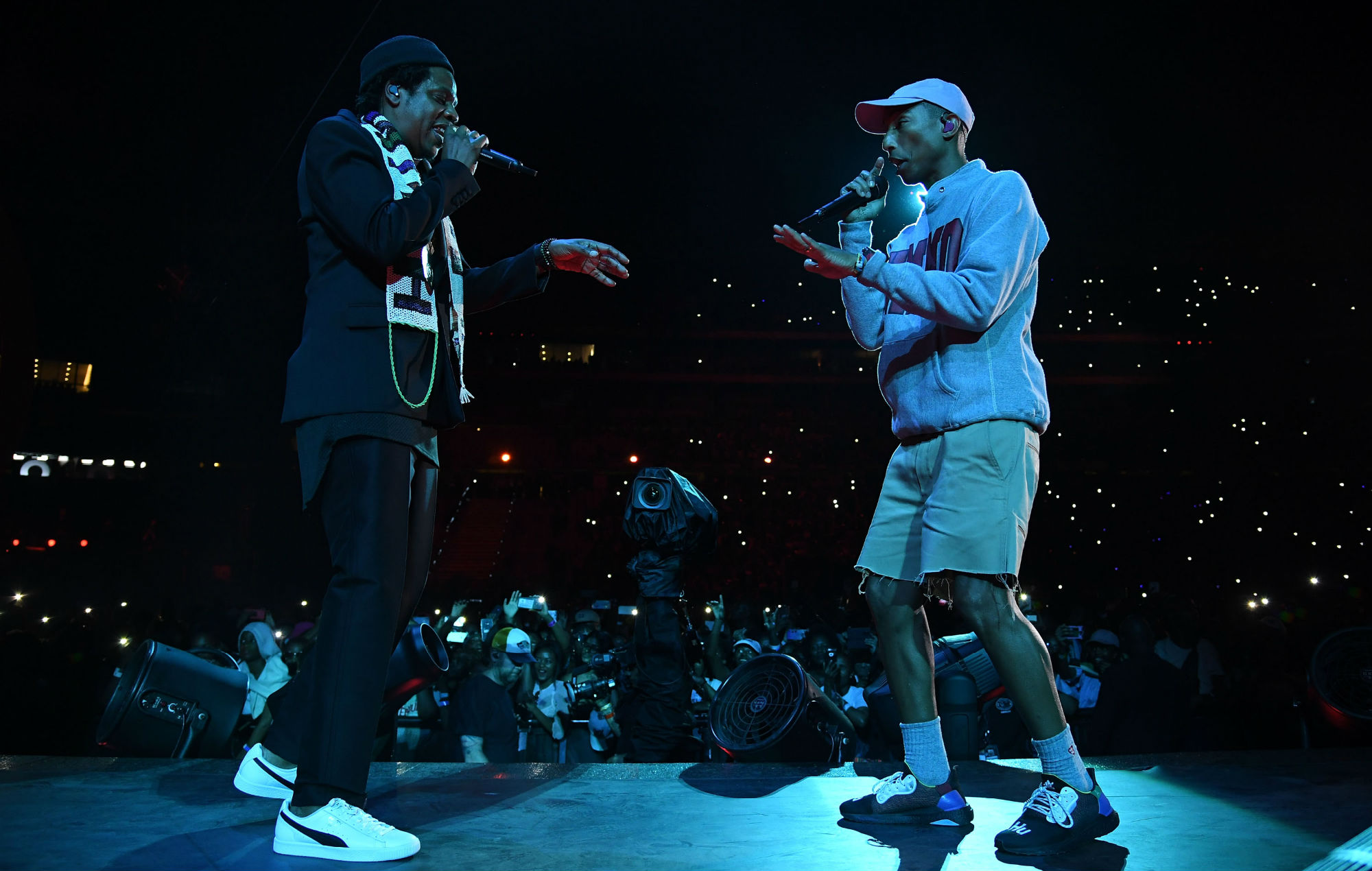 Jay-Z and Pharrell Williams have today shared details of a new song collaboration.

The pair will release new song, ‘Entrepreneur’ tomorrow (August 21) alongside a cover package Williams has worked on with TIME magazine.

Called ‘The New American Revolution’, the package includes interviews with Tyler, The Creator, Angela Davis and more following the global Black Lives Matters movement this summer. TIME have described the song as “a celebration of Black ambition.”

Speaking about the song to TIME, Williams said the song is about “how tough it is to be an entrepreneur in our country to begin with. Especially as someone of colour, there’s a lot of systemic disadvantages and purposeful blockages.

“How can you get a fire started, or even the hope of an ember to start a fire, when you’re starting at disadvantages with regards to health care, education, and representation?”

Williams added: “The song is trying to communicate that when we stick together, treat each other better and welcome each other, there’s more money and more opportunity for everyone.”

TIME adds that the magazine issue will explore “the systemic inequalities that Black people have faced throughout United States’ history, and how a more equitable future might be achieved across policy, medicine, culture, sports and education.”

The magazine have also included a short selection of the lyrics in the new song ahead of its release.

“In this position with no choice, the system imprison young Black boys, distract with white noise,” Pharrell says on one verse, while Jay-Z asks: “Black Twitter, what’s that? When Jack gets paid, do you?”, referencing Twitter CEO, Jack Dorsey.

He later adds: “For every one Gucci, support two FUBU’s.”

Back in June, Williams delivered a powerful speech to rally for legislation that would make Juneteenth – the day that celebrates the end of US slavery in 1865 – a state holiday in Virginia.

“This is a very special moment,” Williams said during his speech. “From this moment on when you look up, you look at the vastness of the night sky, and you see those stars moving up there—know that those stars are our African ancestors dancing.

“They’re dancing in celebration because their lives are finally being acknowledged. And I can’t say it too many times up here today, a paid holiday. It’s not the end of it. It’s merely just the beginning. Their lives matter. Their descendants’ lives matter. Black lives matter in the eyes of the commonwealth.”