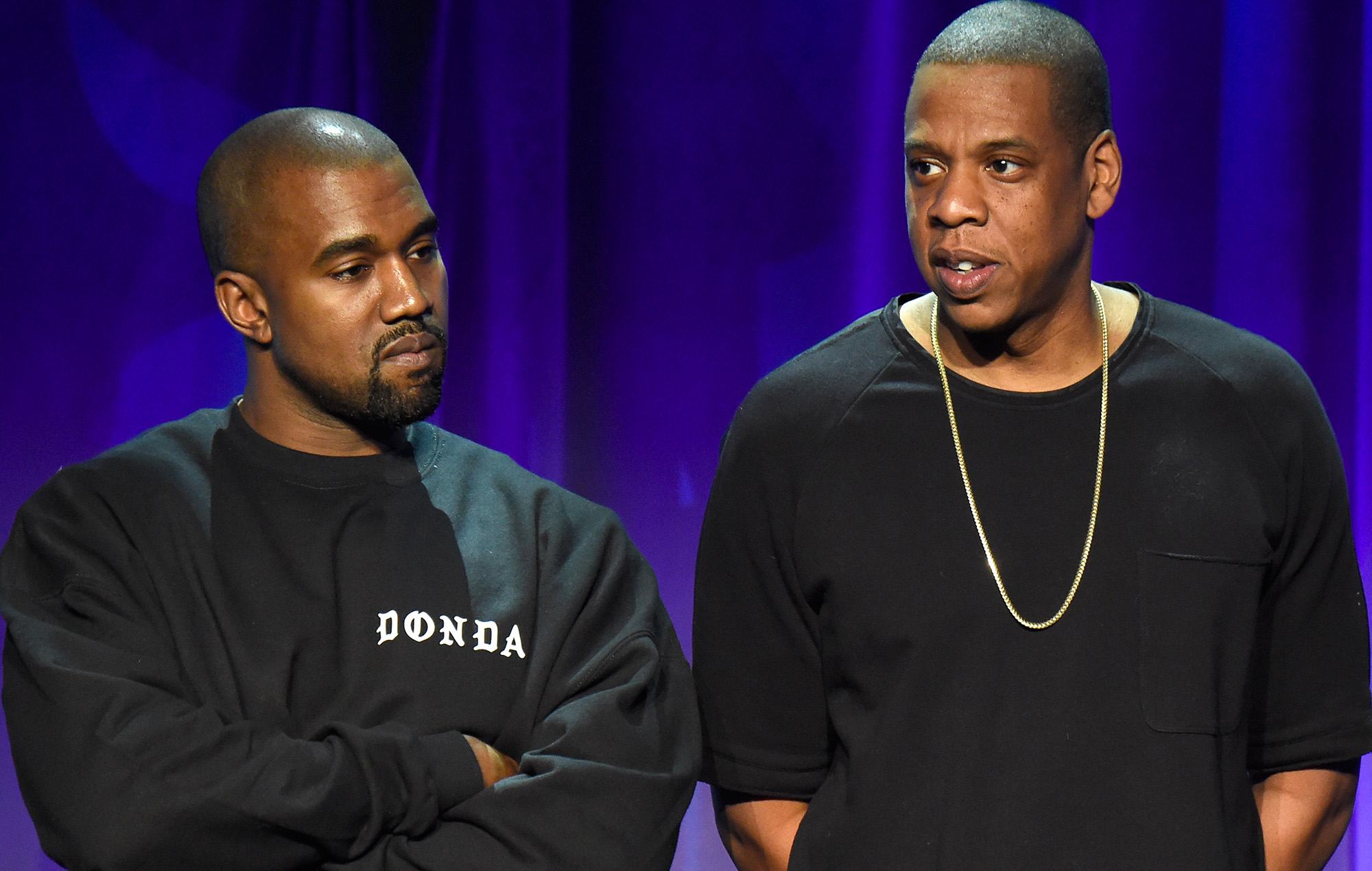 Jay-Z has responded to recent comments by Kanye West that producer Just Blaze is a “copycat”.

In a wide-ranging interview on the Drink Champs podcast on Thursday (November 4), West talked at length about his personal life, regretting signing Big Sean to his label and defending his work with DaBaby and Marilyn Manson, among other topics.

There was also a segment called ‘Quicktime with Slime’, where the guest is required to pick one artist over the other. West was asked to choose between hip-hop producers Swizz Beatz or Just Blaze. West emphatically answered the former while calling the latter a “copycat”.

Jay-Z responded to his remarks during a Twitter Spaces chat promoting the Netflix film The Harder They Fall earlier today (November 6).

The rap mogul explained that he wanted production for his album to feature soul samples, so the result is that “everyone’s coming with soul” and he doesn’t think “anyone was copying off anyone”.

“But the thing was, the baby was ‘The Blueprint’ and I think everyone should be prized for what we created,” he said.

Jay-Z speaks on Kanye West being on the Drink Champs podcast, Just Blaze, Bink and the making of The Blueprint pic.twitter.com/xdKmvXaTs4

Meanwhile, Just Blaze made a public statement yesterday (November 5) addressing West’s comments, saying he is “a bit confused and disappointed”.

“None of what was said tonight regarding me fits with any of our history or our previous interactions – particularly in light of very recent attempts to work together again,” he wrote.

“Through recent years he has reached out to collaborate on various projects, including a much rumored collaborative project that he was looking for me to handle a good amount of.”

He also claims that West’s team tried to get him for ‘DONDA’ “in the 11th hour” which didn’t happen because it was “way too last minute”. See his full statement below.

Earlier this week (November 1), fans spotted on Apple Music that a deluxe edition of ‘DONDA’ was teased in the description copy of the album on the streaming service.

Since then, the descriptions appear to have returned to the notes that are standardised across the ‘DONDA’ pages worldwide – with no mention of a deluxe version of the album.