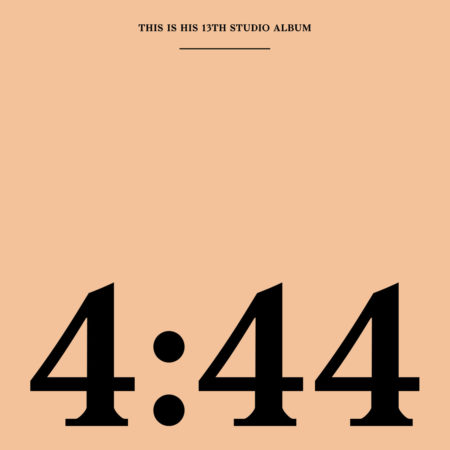 First f, how good is this album? You know I’m a Hov stanley so you bet I’ve been basking in this shit all week. I feel like I’ve been waiting for Jay to make this album since his un-retirement, though that’s not at all realistic because a whole bunch real life grown man shit had to happen for 4:44 to be what it is. In any event, it’s his most honest and musically cohesive project in several years and it’s a pleasure to play through, even if it is a bit a heavy listen.

If you haven’t already switched phone carriers to Sprint, or downloaded it illegally or grabbed a gratis legal copy, it is now available beyond the walled gardens TIDAL on Apple Music. Physical copies will also be arriving in stores today and they will include three bonus cuts: “Adnis,” “Blue’s Freestyle/We Family” and “ManyFacedGod.” If you have even a rudimentary understanding the internet you can probably find streams those songs somewhere out there right this minute, otherwise get your ass to an old-fashioned record store tomorrow.