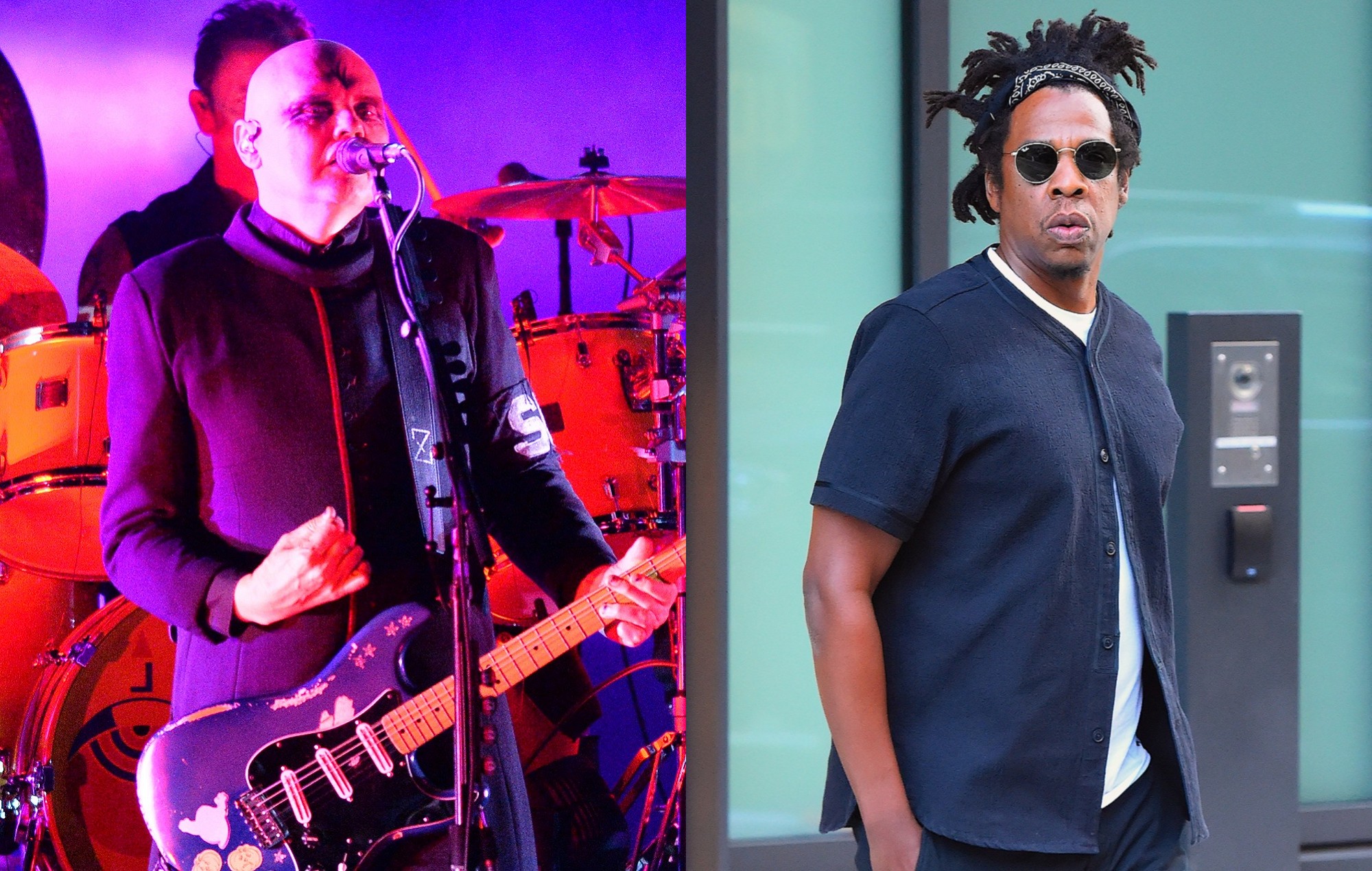 A producer known as Spose has combined Jay-Z‘s 2003 LP ‘The Black Album’ with a selection of Smashing Pumpkins tracks to create an entirely new record.

The album is titled ‘Marcy Projects And The Infinite Sadness’, and places Jay-Z’s vocals atop instrumentals from a number of different Smashing Pumpkins songs.

Although the album takes its name from Billy Corgan and co’s 1995 album ‘Melon Collie And The Infinite Sadness’, the new mash-up uses material from across the band’s career.

‘Marcy Projects And The Infinite Sadness’ takes its cue from Danger Mouse‘s 2004 project ‘The Grey Album’, a cult mash-up LP of ‘The Black Album’ and The Beatles‘ self-titled 1968 LP, also known as ‘The White Album’.

The full tracklisting is as follows:

You can download the album here, or stream it in full via the video above.

Meanwhile, a double album of Smashing Pumpkins originals is on its way. The band’s eleventh LP ‘Cyr’ is out on November 27.

The band shared two new tracks last week, ‘Anno Satana’ and ‘Birch Grove’. ‘Anno Satana’ is accompanied by an animated music video that serves as the third episode of the band’s five-part animated series, In Ashes.