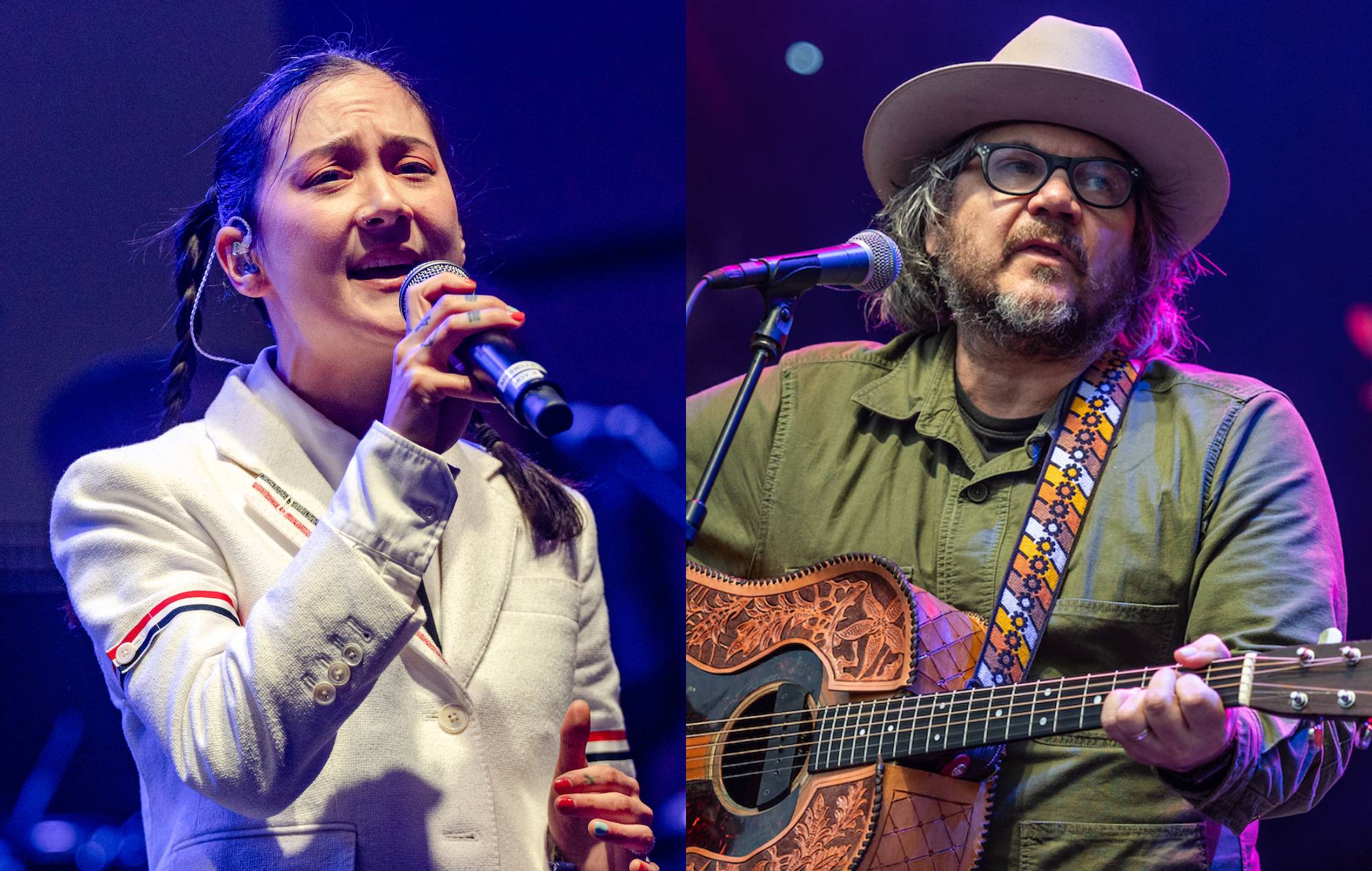 Japanese Breakfast was joined by Wilco‘s Jeff Tweedy at a gig yesterday (July 16) to perform his band’s 2001 hit ‘Jesus Etc.’ – see footage below.

Michelle Zauner was playing a slot at the Pitchfork Music Festival in Tweedy’s hometown of Chicago as part of her tour for 2021 album ‘Jubilee’.

Half way through the set, Tweedy joined her on stage to perform ‘Jubilee’ track ‘Kokomo, IN’, with the pair then going on to share a rendition of ‘Jesus Etc.’. She has covered the song in the past and joined the whole of Wilco to play the song at a recent festival.

It comes after Zauner welcomed Tweedy’s Wilco bandmate Nels Cline to the stage during her set at Solid Sound Festival in North Adams, Massachusetts, with Cline performing a guitar solo on Japanese Breakfast track ‘Posing For Cars’.

See footage of the performances with Tweedy below.

At Pitchfork Fest, I straight up cried when Jeff Tweedy came out on stage during Japanese Breakfast and finished his two song stint with “Jesus Etc”. All I could do was sing along and shed some tears 💚🎵🧡 pic.twitter.com/0gdMK7Z5RV

Japanese Breakfast was already flooring me with an incredible set and then they brought out JEFF TWEEDY. I haven’t seen a show quite like that in a long time. #pitchforkmusicfestival @Jbrekkie pic.twitter.com/TCEXcUphMB

Zauner’s current North American tour continues this month, with Japanese Breakfast performing alongside opening act The Linda Lindas The stint will roll on into mid-October, before Zauner and co. embark on a run of rescheduled shows in the UK and Europe. In November, she’ll play the Primavera Sound festivals in São Paulo, Santiago and Buenos Aires – see all of her upcoming tour dates here.

One date on the tour that has been cancelled, though, is a show in Rochester, New York that Zauner has cancelled after the venue it was booked at committed to hosting an event for right-wing conspiracy theorists.

Last week, Zauner revealed that she sang on ‘Part Of The Band’, the latest single by The 1975. It came after she joined Jack Antonoff‘s 1984-themed “SuperJam” at Bonnaroo, and covered Metric‘s ‘Black Sheep’ with Anamanaguchi in Brooklyn.