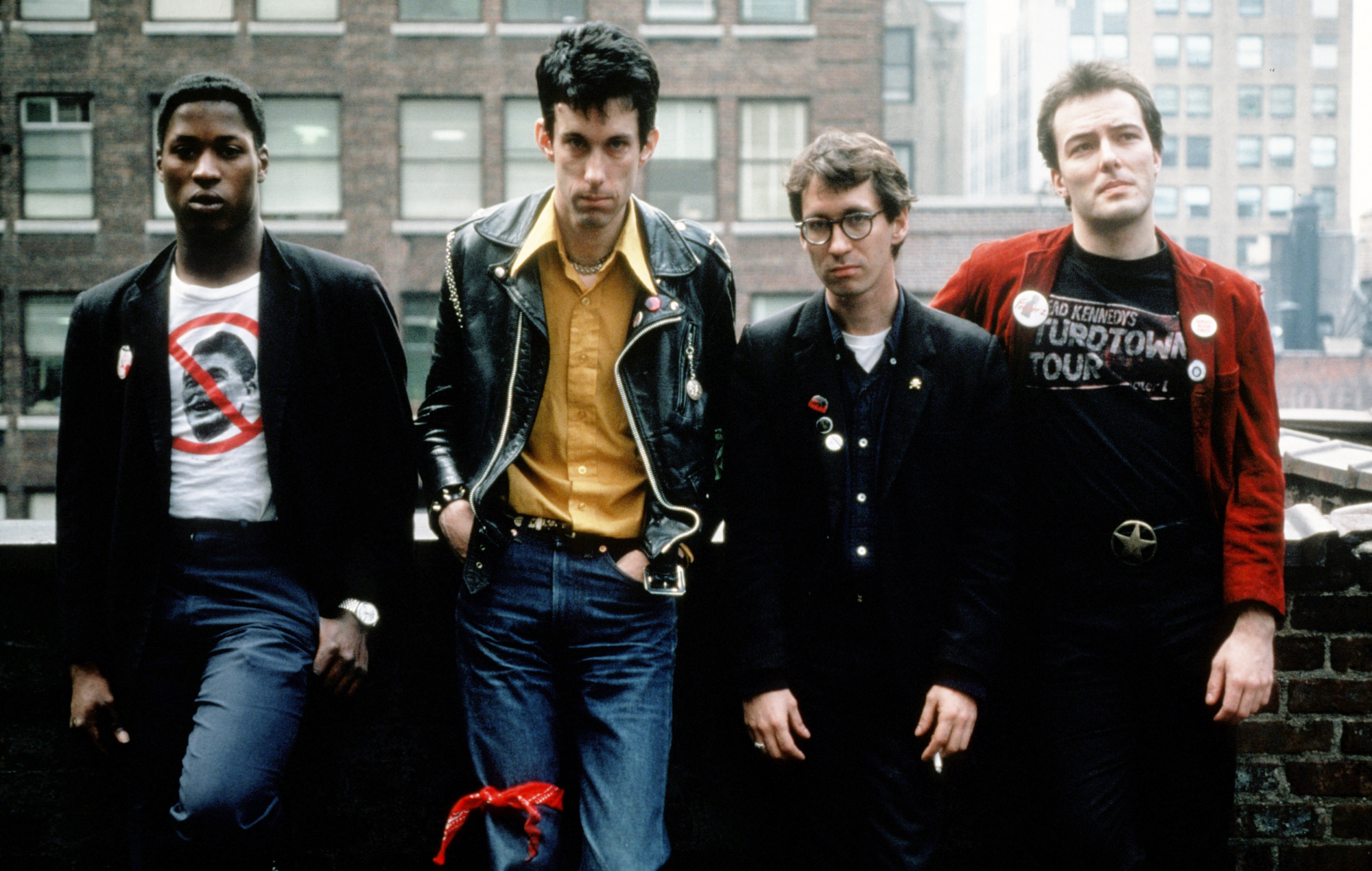 Former Dead Kennedys frontman Jello Biafra has penned a eulogy for the band’s late drummer, D.H. Peligro, who passed away over the weekend.

The singer took to the website of his label, Alternative Tentacles, to share the tribute on Sunday night (October 30). In it, he described his longtime bandmate as “unforgettable” and “gifted”.

“Even behind the drum kit, he had presence,” Biafra wrote. “All animal instinct, he never played anything quite the same way twice. He was a born showman.”

He went on to recall his first encounter with Peligro, watching his band SSI play at defunct San Francisco venue the Deaf Club. Peligro, in Biafra’s eyes, “stole the show” with his performance that night. “A free spirited African American force of nature… with this shit eating grin, a bandana on his head, and two kick drums, singing his ass off,” Biafra recalled.

Peligro joined the Dead Kennedys in 1981, replacing Bruce “Ted” Slesinger. According to Biafra’s eulogy, he secured his position in the band on his call-back audition on account of being “the one who’d done his homework” on the band.

“[Dead Kennedys guitarist, East Bay] Ray said he’d learned ‘In-Sight’ from hearing it once in his car on the radio,” Biafra wrote. “Now we had more fire and feel than ever before, and the rest is history.”

Although Biafra left the Dead Kennedys in 1986, and maintains a contentious relationship with the band as a whole to this day, he remained friends with Peligro, and admired both his personal efforts in rehabilitation and his creative endeavours with his own band – also named Peligro.

“We laughed about a lot of stuff the other guys [in the band] didn’t,” Biafra said. “We had our own unique bond.”

Peligro passed away on Friday October 28, 2022, at the age of 63. Biafra’s tribute adds to many that have come in following the news of Peligro’s death. Red Hot Chili Peppers bassist Flea, who played with Peligro briefly in the band circa 1988, described the late drummer as his “brother”.

“You are the truest rocker, and a crucial part of RHCP history,” he wrote on Instagram.

Dave Lombardo, the former drummer of Slayer, wrote on Twitter that his drumming for the band was “inspired” by Peligro’s playing. “Sending my deepest sympathies to his family, bandmates and all those affected by this tragic, untimely loss,” he wrote.

Superchunk and The Mountain Goats drummer Jon Wurster described Peligro as “one of the greats”, while The Cure alum Lol Tolhurst wrote that Peligro was “a lovely man and an awesome drummer”.