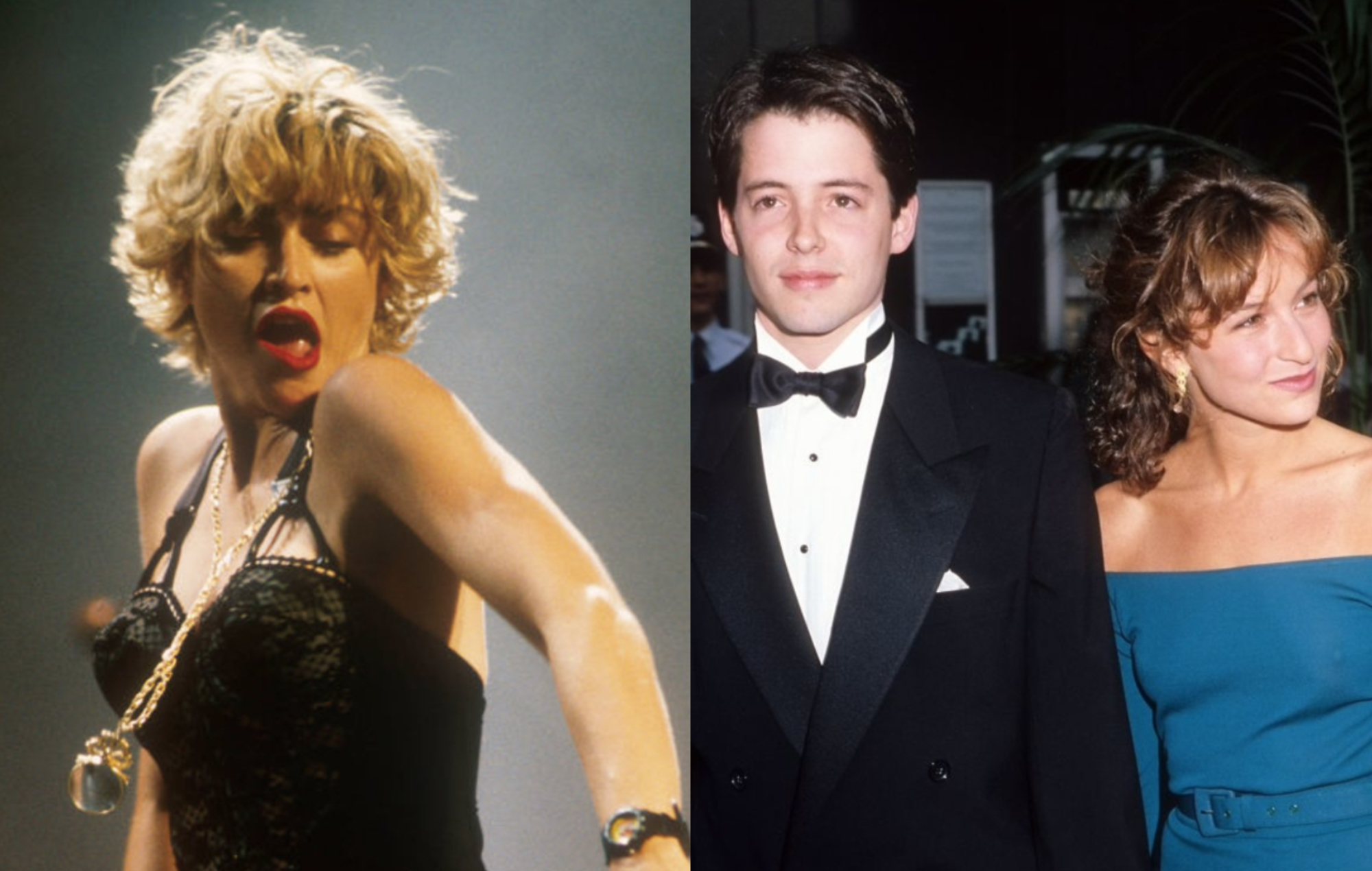 Jennifer Grey has revealed that her relationship with Matthew Broderick in the late ’80s was the inspiration behind Madonna‘s ‘Express Yourself’.

Grey and Broderick started dating in 1986 after meeting on the set of Ferris Bueller’s Day Off. Grey then bagged the role of Baby in Dirty Dancing, catapulting her to new heights of stardom in Hollywood. She and Broderick were engaged to be married, but after about four years together the pair split up and Grey started dating Johnny Depp.

Speaking to People magazine, the actor – whose new memoir Out Of The Corner is released May 3 – recalled the time Madonna threw her a 29th birthday party and on the same night shared that her 1989 hit was penned in response to her breakup with Broderick.

“She told me she wrote ‘Express Yourself’ about me breaking up with Matthew,” Grey said. “She played it for me in her car. I was in my log cabin with Johnny and she said, ‘Come into my car.’ And I got in her Mercedes where she had a really good sound system and she was like, ‘Listen to this song I just did. It’s about you.’”

A portion of the song’s lyrics even makes reference to Grey’s Dirty Dancing character, Baby: “You deserve the best in life/ So if the time isn’t right, then move on/ Second best is never enough/ You’ll do much better, baby, on your own.”

Referencing the song’s lyrics, Grey added: “What I’ve learned is that I demanded second best.”

Grey and Madonna were close friends at the time when Grey’s relationship with Depp began, and both women were cast in the 1989 film Bloodhounds Of Broadway.

Grey said she reached out to Madonna recently about her relationship being the subject matter of the ‘Express Yourself’. “I wrote her an email where I asked, ‘Did you just tell that to everyone?’” she told People.

Madonna and Sickick first released a remix of the 1998 classic – taken from the queen of pop’s ‘Ray Of Light’ album – last December, which came after it went viral on TikTok.

Meanwhile, Evan Rachel Wood has been cast as Madonna in the forthcoming ‘Weird Al’ Yankovic biopic.

Madonna’s 1984 hit ‘Like A Virgin’ became a hit parody for Yankovic in the form of ‘Like A Surgeon’, which the pop star herself praised upon its release.