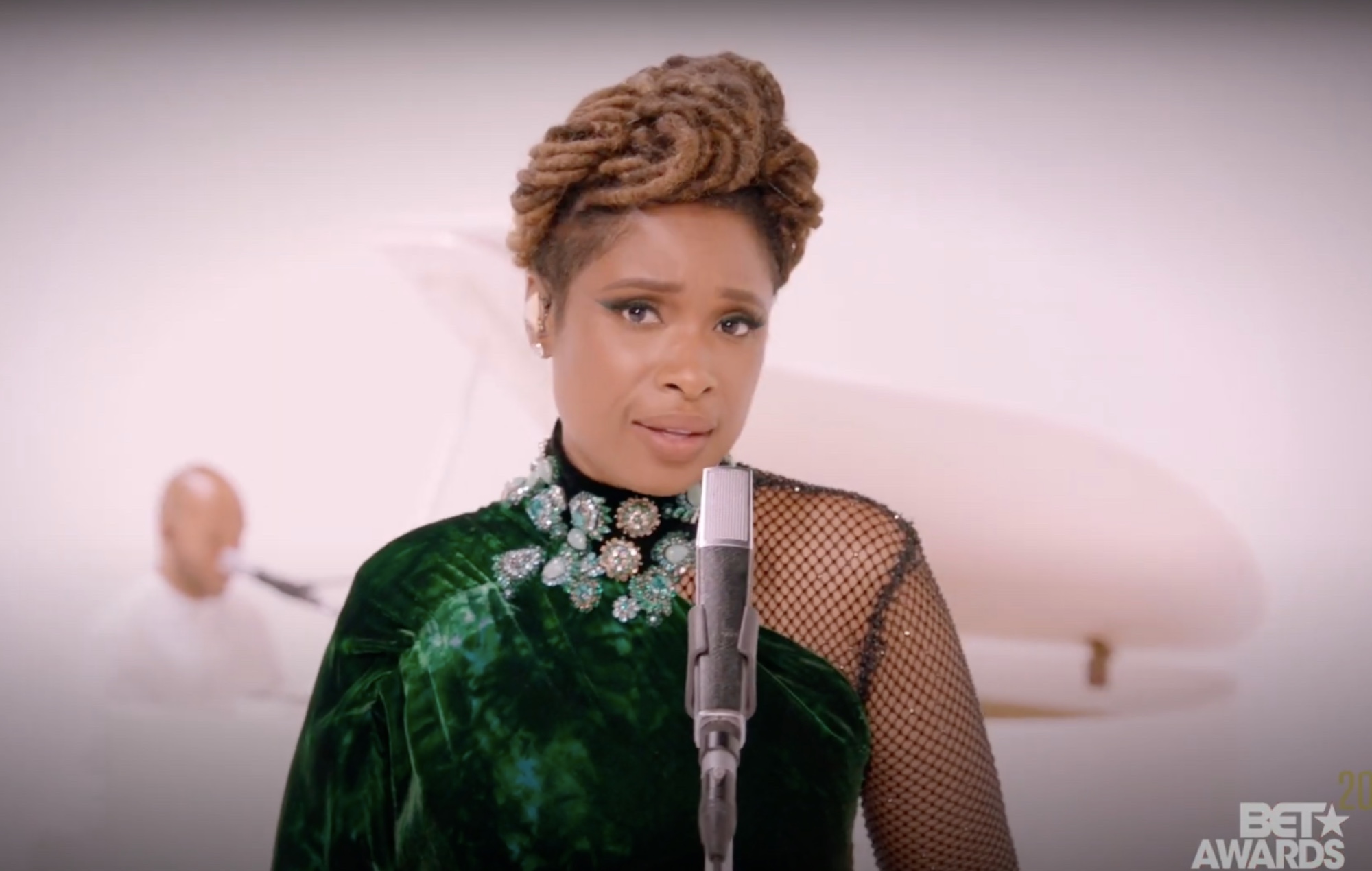 Jennifer Hudson has released a showstopping rendition of Aretha Franklin’s ‘Young, Gifted and Black’ today (June 28) for the 2020 BET Awards.

The performance sees Hudson paying homage to the Queen of Soul’s early gospel roots and is immediately followed by a trailer for the film RESPECT.

Watch the cover below:

Hudson will play Aretha Franklin in an upcoming biopic of the legendary singer’s life, titled RESPECT. Franklin handpicked the 38-year-old to play her, still heavily collaborating on the film up until her death in 2018.

RESPECT will first be released later this year on December 25 for the United States, before its global launch in January 2021. Hudson will star alongside Forest Whitaker, Marlon Wayans, Queen Latifah and Mary J. Blige.

This year’s BET Awards are entirely virtual, as a result of COVID-19 restrictions. Performing artists have taken the opportunity to produce creative videos, including Megan Thee Stallion’s Mad Max-inspired edition of ‘Girls in the Hood’ and ‘Savage’, and DaBaby’s Black Lives Matter statement in ‘Rockstar’.

Beyoncé was honoured with the 2020 BET Humanitarian Award for her contributions under the BeyGOOD umbrella, including funding scholarships and philanthropic foundations.