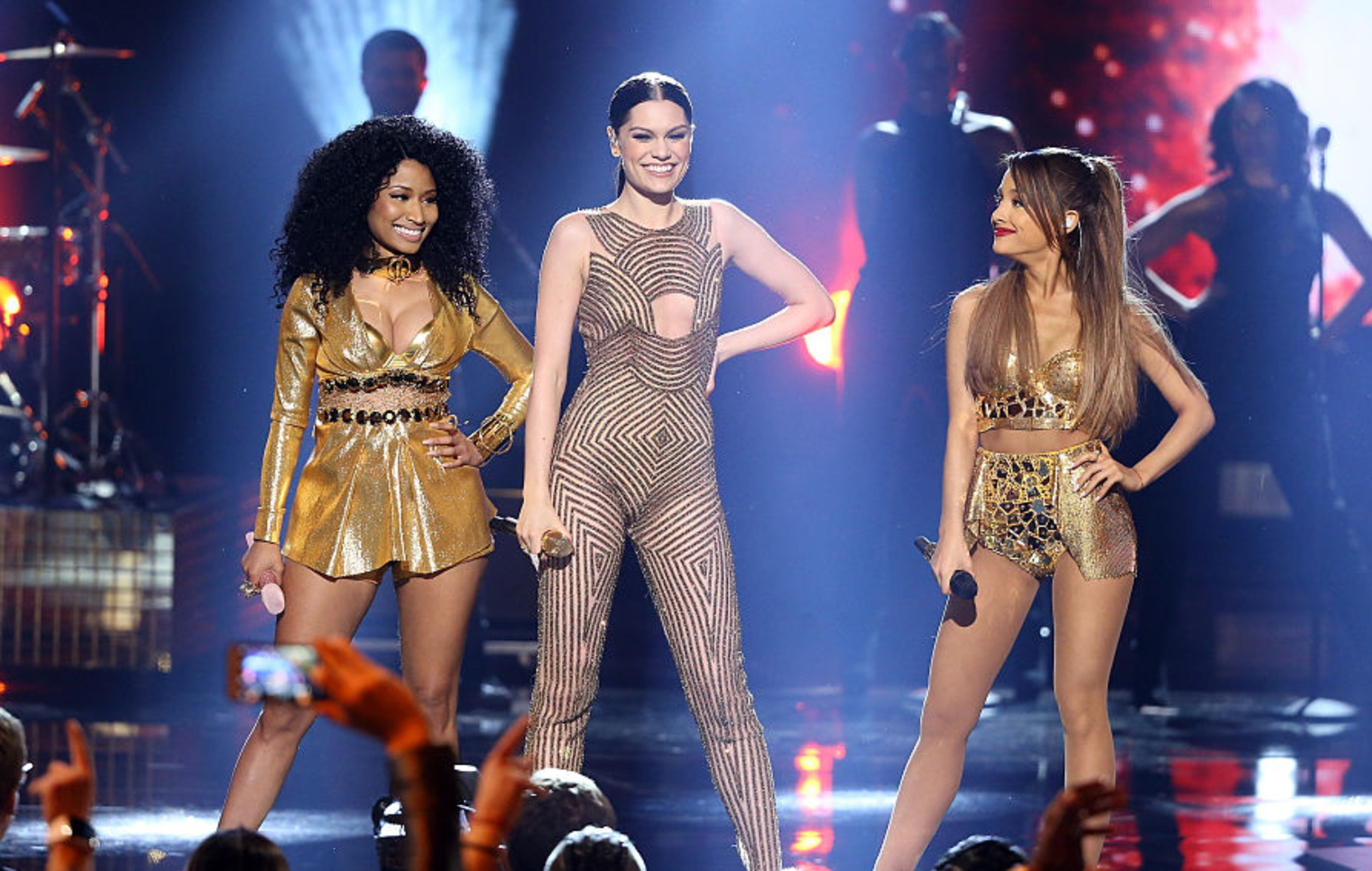 Jessie J has apologised to Nicki Minaj after she incorrectly recalled how the rapper came to be a part of her 2014 song ‘Bang Bang’.

In a recent interview, Jessie was asked to talk in-depth about five songs from her discography. One of the tracks she chose was the Max Martin-produced UK Number One – which also features Ariana Grande.

“Max Martin wrote ‘Bang Bang’, and Ariana had been played it, I’d been played it, and we both loved it. We just said, ‘Why don’t we both do it?’” Jessie told Glamour. “So Ariana stayed on the second verse, I recorded the first verse, and then Nicki was played it in the studio and was like, ‘I’ve got to jump on this.’ We didn’t go to her and ask; she wanted to do it.”

She added: “I’ll never forget: I was in my bedroom in my flat in London, and I got sent the version with Nicki on it. I just sat at the end of my bed holding my phone, staring at the floor, going, ‘How the fuck did I land this?’ I literally felt like I’d won a competition.”

On Thursday (August 5), Minaj took to Twitter to dispute Jessie’s account of how the track came together, saying that she was asked and paid by the label to get on it.

“Babe @JessieJ I didn’t hear the song & ask 2get on it,” she wrote, sharing a screenshot of Jessie’s interview. “The label asked me2get on it & paid me. How would I have heard the song? chiiille what am I the damn song monitor? Snoopin around for songs chile?
This was said by another artist recently as well. Yallgotta stop LoveU.”

Babe @JessieJ I didn’t hear the song & ask 2get on it. The label asked me2get on it & paid me. How would I have heard the song? 😩 chiiille what am I the damn song monitor? Snoopin around for songs chile?😂This was said by another artist recently as well. Yallgotta stop🎈 LoveU😘 pic.twitter.com/LShiO3wEm6

Now, Jessie has extended an apology to Nicki, and asked if the “weird energy” between the two is the result of recently resurfaced footage of Jessie in 2015 “taking the piss out” of herself while mimicking Nicki.

“I respect you publicly being yourself @nickiminaj. So here I am being myself,” Jessie wrote on Instagram this morning (August 7). “This is a video of me back in 2015 on stage taking the piss out of myself which is basically an hour of my set

“It was made into a meme about 2 weeks ago. Is that what this is really about? And where this weird energy between us began? Or maybe it was when you used me as a stair rail at the AMAs. That was also funny af.

“If we can’t laugh in the lives we have been blessed with. What’s the point. It really isn’t that deep.”

She continued: “From the moment I met you to now I have shown you nothing but love and gratitude for how f***ing blessed I was to have you and @arianagrande who btw wrote Bang Bang with the insanely talented Max Martin which I found out today. Jesus. What a day. Sorry Ari. I never knew. Wild.

“I felt like I had won a competition” did back then and still do now.”

Jessie then apologised for getting the song’s origin story wrong and admitted ‘Bang Bang’ “would NEVER have been what it was without” Minaj or Grande.

“I’m the first person to admit Bang Bang would NEVER have been what it was without you guys,” she wrote. “I’m sorry I got the story wrong all these years, I was told you heard the song and wanted to be on it by someone clearly gassing me up at the label. (Bless them and my naive ass).”

She also wrote: “Thank you for clarifying I was wrong on that and Do it like dude,” in response to another tweet from Nicki, where she said she would have gotten on Jessie’s 2010 track ‘Do It Like A Dude’ for “some pickle juice” because she loved it so much, but she was never asked to.

It came after a fan turned Minaj’s attention to an old radio interview of Jessie J’s, where she said they had sent ‘Do It Like A Dude’ to the rapper to get on.

Chi😂😂😂 but the worst part about this is no1EVER asked me2get on “like a dude” & I have been obsessed w|that song since the min I heard it. I was doing promo in the UK & heard it on the radio. My artist Parker co wrote it. I would’ve gotten on that 1 for some pickle juice 🥺 https://t.co/ORRqE4Z1pN

Earlier this year, Jessie J opened up about the current medical condition that has hindered her ability to sing.

In a recent Instagram post, the artist (real name Jessica Cornish) shared an emotional recording of her singing her latest single ‘I Want Love’, which was initially meant for a speech therapist. She explained how vocal nodules and acid reflux has meant she has been unable to perform it.

Meanwhile, Lil’ Kim has revealed that she wants to do a VERZUZ battle with Nicki Minaj in a recent interview.