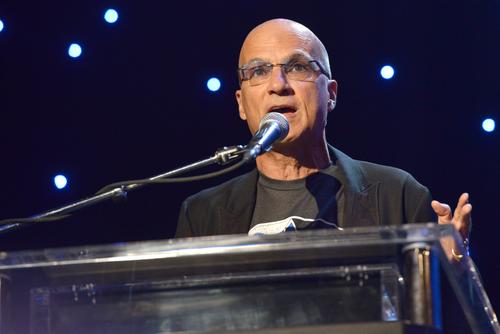 Jimmy Iovine is one the most powerful men in the music industry, and the Defiant One has been known to make money moves. From founding Interscope Records to his ventures with Dr. Dre and Apple Music, Forbes has Jimmy’s net worth standing at a staggering $970 million dollars. Now, Billboard is reporting that Jimmy Iovine will be leaving Apple Music in August. The report goes on to speculate that Iovine’s departure coincides with his Apple shares fully vesting, a theory that has yet to be ficially confirmed by any representative either camp.

RELATED: Jimmy Iovine Reveals What Made Him Leave The Music Industry

Jimmy joined Apple Music in 2014, after he sold them Beats for a reported $3 billion dollars. As now, Apple Music’s subscriber base is sitting at thirty million, an exponential increase since Iovine first took over. For anybody who watched the HBO documentary The Defiant Ones, it’s clear that Jimmy is one music’s most innovative minds, and it’s no wonder he was able to find success in his endeavors. However, with this chapter his life coming to a close sooner rather than later, many are wondering what’s next for the mogul?

Iovine actually spoke to Billboard about his life after Apple, revealing intentions to bring “music streaming up to speed.” He brought up a Goldman Sachs prediction that streaming would increase the global record business to $41 billion come 2030, voicing a healthy skepticism about the estimate. “I’m 64 years old. I have no idea what I’m doing next],” says Iovine. “There’s just a problem here that needs some sort solution, and I want to ­contribute to it. Goldman Sachs may think it’s solved, but I don’t. We’re not even close.”

As now, Apple has yet to announce a replacement.