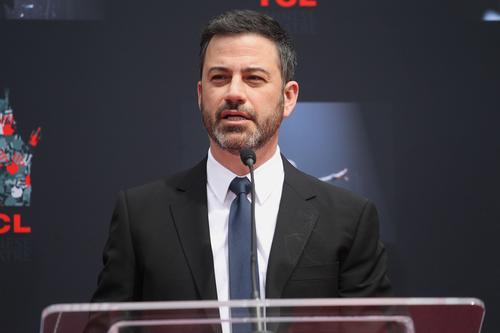 Jimmy Kimmel is well known for his satirical brand humour, which is always eager to analyze and criticize salient happenings in the world politics, arts and culture. Case in point, the late night talk show host’s never-ending stream jokes and insults aimed squarely at the current Commander in Chief Donald Trump and anyone related to his presidency.

Kelly simply responds “we don’t need to hear that.” However, Kimmel clearly disagrees, revealing how “we do need to hear that. preferably on this show. I would be happy to facilitate that. When Stormy Daniels was here, I invited her to pick a carrot. That invitation still stands. By the way, Stormy Daniels has been in probably hundreds adult films. With all that she’s seen, if she, 12 years after the experience, can still describe the president’s genitalia in great detail, that can only mean one thing: in some way or another he has an unusual penis. Maybe it’s bent. Maybe it has spots on it. Maybe it has a little blond toupee on top. But what I do know is America has a right to know this.”

Kimmel then ripped into Melania Trump by alleging that she had no hand in organizing or implementing the White House’s annual Easter Egg Roll. “Not a chance she did one thing to help set that up. There’s no — she didn’t dye eggs, she didn’t fill baskets,” but instead insists that she spent her time constructing an escape tunnel from her husband. Kimmel then began to mock her using an Eastern European accent, which conservative commentators have begun to claim as being racist.